"ArcelorMittal Kryvyi Rih" insists on legal settlement of the form of public hearings during the period of quarantine. 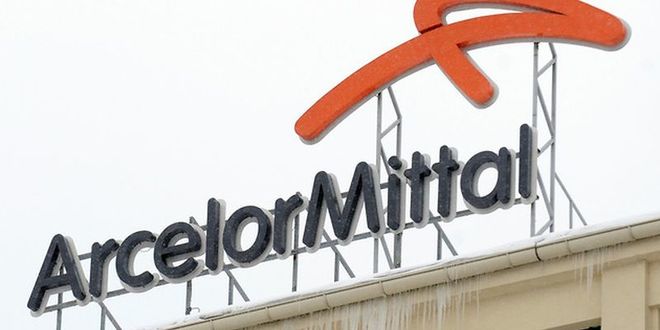 "ArcelorMittal Kryvyi Rih" (AMKR), the largest mining-metallurgical enterprises of Ukraine, called to resolve the situation with the issuance of conclusions on the assessment of the impact on the environment (EIA) during the quarantine and its gradual mitigation.

"At the moment we have a situation when budget-companies are forced to suspend the implementation of their projects, because for the past two months are not able to obtain relevant conclusions on EIA", - stated in message AMKR.

In connection with the restrictive measures on 17 March 2020 the Ministry of energy and the environmental protection of Ukraine has published information about the cancellation of the previously scheduled public hearings under the procedures of the EIA (the date of which coincided with a period of quarantine). This information is contained explanations that their observations, comments and other suggestions the public may send electronically or by mail. The enterprises were not given any recommendations of an organizational nature. At the same time, annulled the holding of group meetings (public hearings) for a period of quarantine for preventing the spread of the virus.

However on 15 April, Minamaneho issued recommendations opposing character. The business was ordered to re-conduct a public hearing to be held during the quarantine. For this you need to consult with the competent Central authority regarding the time and place of the public hearing. This means risk of infection for the community and professionals by providing the necessary public meetings.

In the business community this is a major concern as of late issued opinions on the EIA can lead to significant delay or even cancellation of projects, in particular in industry and the construction industry. This will lead to a possible loss of jobs and lower tax revenues to state and local budgets.

"ArcelorMittal Kryvyi Rih" insists on legal settlement of the form of public hearings during the period of quarantine.

"the Company cares about the safety of the public and employees, and respects the right of citizens to participate in public discussion of environmental issues. Therefore, the enterprise is encouraged to conduct such hearings by video-conferences on specialized platforms by making changes to the Procedure for conducting public hearings in the EIA process, which is defined by the Cabinet of Ministers of Ukraine № 989 from December 13, 2017. Thus the public gets the access to environmental information, it is possible to observe the process online. Also provided the ability to record and record of public hearings", - said the press service of AMKR.

Финансовая аналитика, прогнозы цен на сталь, железную руду, уголь и другие сырьевые товары. More news and analytics on Metallurgprom telegram channel - subscribe to get up-to-date market information and price forecasts faster than others.
Сomments
Add a comment
Сomments (0)
On this topic
Smart Holding switched to corporate services Microsoft 365
The steel industry, the United States recognized itself the most energy efficient in the world
Ukraine accepted the offer of the Mask on the free ventilators
"Naftogaz" has filed a lawsuit against the government of Ukraine for the issuance of a
"Bogdan motors" has put APU in a new batch of trucks, "Bogdan-63172" (Video)
Interpipe told Ukrainian gas producers about the secrets of UPJ-F premium connection
Recommended:
China's crude steel production in 2022 falls for the second year in a row
Dneprovsky Metallurgical Plant continues to operate rolling shops using tolling raw materials
Europe's passenger car market records its worst year since the turn of the century
News Analytics
Eurofer expects EU steel demand to fall 4.6% in 2022 and 1.6% in 202305-02-2023, 13:31
EU Green Deal should encourage investment in mild steel projects: Eurofer02-02-2023, 16:32
Belarusian steel plant to operate at full capacity from February02-02-2023, 16:56
British Steel considers cutting up to 1,200 jobs at Scunthorpe02-02-2023, 11:50
Electric vehicles will play a key role in US aluminum production growth - Norsk01-02-2023, 12:17
European stainless steel producers ready to raise prices31-01-2023, 16:16
S&P: Russia will continue to dominate the steel export market in the Black05-01-2023, 11:22
Fitch Analysts Predict Big Drop in Global Steel Consumption This Year14-12-2022, 13:59
Analysts predict 5% annual growth in the iron casting market through 203006-12-2022, 12:44
Commodity prices will fall, metals quotes will rise slightly - Focus Economics28-11-2022, 13:28
Sign in with: