24 April, the Commission on consideration of questions concerning the disposition of property of the Ministry of infrastructure agreed to the sale of Ukrposhta non-core assets. 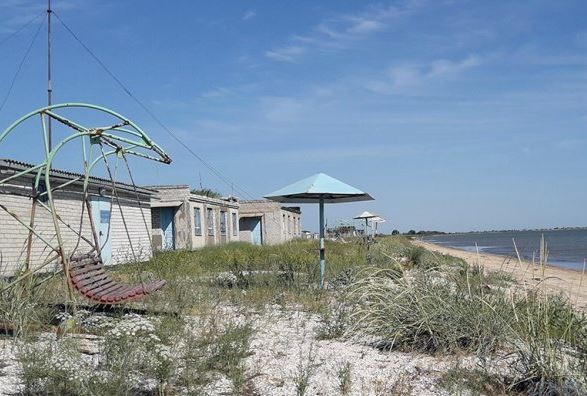 postal service started selling non-core assets by companies in the sector. In the company said, thus fulfilling the task set by President Vladimir Zelensky and thereby hope to get rid of excess cost of maintaining and servicing such assets.

Ukrposhta one of the first that joined this process has already begun selling the first 30 objects, there are 62. Selling real estate that is not used in the economic activity of Ukrposhta will be implemented through the electronic trading system "ProZorro. Sale."

Total starting price of the objects in accordance with an independent valuation totaled 82.6 million. In the second phase, the state company will put on sale 62 of the object, the cost of which is estimated at 189 million.

"Ukrposhta Have more than 12,000 properties, are owned about 5 000. And only half of those that belong to the enterprise is profitable. - Ballast remaining: recreation, smithies, bathhouses, shops, hangars, warehouses and other", - said General Director of Russian post Igor Smelyansky.

According to him, the contents of non-core assets is the state enterprise of 10 million a year.

"Received from the sale funds will be invested in repairs, new and better facilities, construction of new depots and upgrade other infrastructure," said Smelyansky.

Among the first lots put up the post for sale - one lot the two adjacent hostels in Kiev in "Koncha Zaspa" and another camp site on the coast of the Azov sea in the village of Yalta of Donetsk region and in Berdyansk, near the Dnieper and in the Chernihiv region, as well as production facilities in Lviv, near the train station.

Total Ukrposhta will conduct an independent assessment 801 of the immovable property (except land) that are not used in economic activities of the company. As reported, Ukrposhta holds a major change in the management of the property portfolio.

Финансовая аналитика, прогнозы цен на сталь, железную руду, уголь и другие сырьевые товары. More news and analytics on Metallurgprom telegram channel - subscribe to get up-to-date market information and price forecasts faster than others.
Сomments
Add a comment
Сomments (0)
On this topic
Ukrzaliznytsia puts 100% of all orders of services in freight transport in ProZorro
The South Korean company Caris will begin manufacturing electric buses at the Pivdenmash
Ukroboronprom signed a framework agreement for fuel supplies without tenders
Ukroboronprom doubled purchases through Prozorro to UAH 6 billion
Новые правила ограничения сроков эксплуатации грузовых вагонов стали результатом уступок
Investigation results: The crash of the Boeing 737 Max Lion Air was caused by a combination of 9
Recommended:
Ukrzaliznytsia announced the purchase of rails in France cheaper than in Metinvest before the war
Taiwan bans stainless steel exports to Russia and Belarus
Prices for metal products in Ukraine increased by 26% last year
News Analytics
War in Ukraine to accelerate world economy transition to clean energy - BP30-01-2023, 11:49
ArcelorMittal invests $120m in US green steel company30-01-2023, 11:11
The United States refused to comply with the decision of the WTO on tariffs on29-01-2023, 20:08
China remains the world leader in shipbuilding with a 50% share of new shipyard29-01-2023, 12:35
Prices for metal products in Ukraine increased by 26% last year29-01-2023, 12:06
S&P: Russia will continue to dominate the steel export market in the Black05-01-2023, 11:22
Fitch Analysts Predict Big Drop in Global Steel Consumption This Year14-12-2022, 13:59
Analysts predict 5% annual growth in the iron casting market through 203006-12-2022, 12:44
Commodity prices will fall, metals quotes will rise slightly - Focus Economics28-11-2022, 13:28
Platinum market to face shortage next year - WPIC22-11-2022, 18:25
Sign in with: