Prutenskii car repair plant will be the flagship of the Ukrainian car building, the head of Ukrzaliznytsia 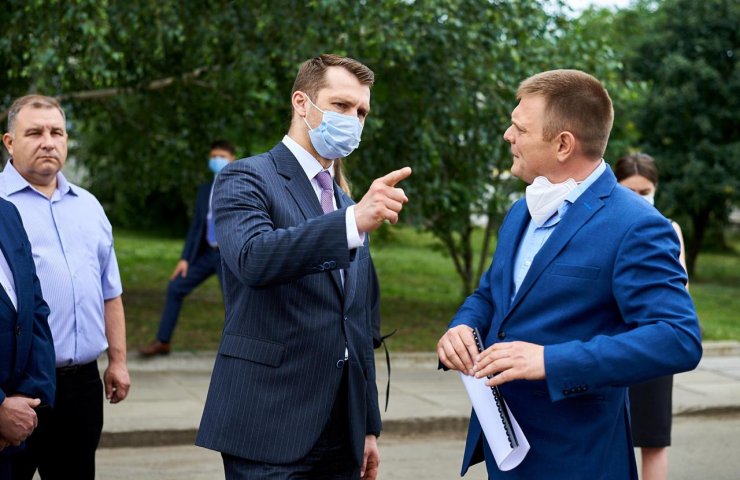 Prutenskii car repair plant will be the flagship and the base plant for repair and construction of freight cars in Ukraine, said acting Chairman of JSC "Ukrzaliznytsya" Ivan Eureka during his visit to the factory. "His closing speech does not go", - he noted.

According to the head of the company, while the market of freight cars, there is a surplus of rolling stock, including by increasing private Park, so uz has no plans to increase their construction, focus on repairs.

"In the reform of the car fleet uz has no plans to close the carriage works, and Vice versa - will propose the concept of their development and specialization. Prutenskii the plant will be the base for the repair and construction of wagons. The company will receive orders not only from Railways but also from private owners of rolling stock", - promised the workers Ivan Yurik.

in addition, according to the head of the society, the government should strengthen the requirements for their age and technical state of carriages used on the railway network of Ukraine.

"we are working with the Ministry of infrastructure. Now company use of private freight wagons, which are in very poor technical condition. We should prohibit the operation of such cars, it's safety. Thereby we can increase the demand for manufacture of new wagons and repairs," - said the head of Railways.

Earlier it was reported that the Ministry of infrastructure and Ukrzaliznytsia confirmed the decision on creation of SE "Ukragroservis", which will include Prutenskii, Darnitsky and stryisky car repair plants. It was also reported that workers Manutencao wagon factory are protesting against the plan of optimization of activity of the enterprise which adopted the Board of the railway and asks the country's leadership to intervene in the situation. According to the plan, according to protesters, will be minimized all kinds of repair of freight cars and increase the number of works on recycling cars for scrap.

Recommended:
Production of vehicles in Ukraine in June decreased by a quarter - Ukravtoprom
The largest workshop reconstruction project in the last 10 years has been launched at Cherkassk Azot
Vice President of the European Commission visited the Irshansk ore mining and processing plant in Ukraine
On this topic
Mariupol plants for the first time in history started to ship slabs to Odessa by sea
Ukrzaliznytsia plans to start serial production of brake pads
Stopped nuclear power plants and mines. What's going on in the energy sector of Ukraine?
"Ukrzaliznytsya" in 2019 has increased basic income by 6% and earned 3 billion hryvnia
Vladimir Zelensky invited to adopt a programme of industry support of Ukraine
Turboatom will not sell in turbo mode - Milovanov
Partner news
Сomments
Add a comment
Сomments (0)
News Analytics
Workers of Novokramatorsk Machine-Building Plant vaccinated with American27-07-2021, 15:01
Kharkov plant "Turboatom" can be renamed to "Ukrainian power machines"27-07-2021, 15:33
At least one person died and four went missing in an explosion at a chemical27-07-2021, 15:25
A powerful explosion thundered at the Bayer chemical plant in the German city27-07-2021, 12:56
Steel raw materials prices decline in all regional markets27-07-2021, 11:57
Steel raw materials prices decline in all regional markets27-07-2021, 11:57
On the regional markets of metallurgical products, prices are balancing in a22-07-2021, 16:22
Demand for armaments will ensure a stable growth of armored steel sales by 4%20-07-2021, 10:10
Protectionist Measures Support European Steel Prices Despite Summer Lull19-07-2021, 11:02
Positive price growth is observed in the markets for metallurgical products16-07-2021, 14:12