Ukrzaliznytsia, together with Italian partners, is working on a pre-feasibility study for the introduction of high-speed railway traffic in Ukraine. 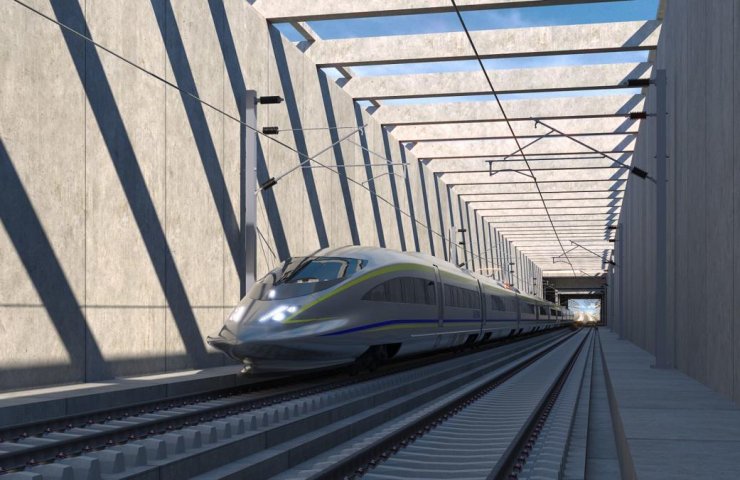 Ukrzaliznytsia together with the Italian railway operator Ferrovie Dello Stato Italiane SPA (FS) is working on a preliminary feasibility study for the introduction of high-speed railway traffic in Ukraine within the framework of a previously signed memorandum. This was announced by the acting. Chairman of the Board of JSC "Ukrzaliznytsia" Ivan Yurik during the Ukrainian-Italian business forum, which took place as part of the official visit to Ukraine of the Minister of Foreign Affairs of Italy Luigi Di Maio.

“Ukrzaliznytsia is now in the stage of large-scale restructuring. We want to get rid of the Soviet legacy both in legal terms and in terms of rolling stock and infrastructure. And that's why we need investments to organize services, to put our assets in order. We need investments to upgrade the locomotive segment, car fleet and infrastructure, ”he said.

Ivan Yurik emphasized that Ukrzaliznytsia has set itself an ambitious goal - the introduction of high-speed railway traffic in Ukraine, and this issue is also one of the priorities of the state, which is fixed at the level of the National Transport Strategy of Ukraine for the period up to 2030.

“I must say frankly: now we do not have the technology for high-speed traffic. The maximum speed that we can provide in complete safety mode is 160 km /h. Therefore, now we are in negotiations with our Italian partners about the possibility of launching such a project, we are studying in detail the materials and possibilities to implement it in Ukraine, "added the head of Ukrzaliznytsia.

He also clarified that the main goal is not just to implement a separate local project, but to combine it with the European network.

“Our idea is to make a Ukrainian passenger feel like a European, when you can get on a train in Kiev, Odessa or Lviv, and get off in Warsaw or another European capital. As I said, this is very ambitious, it requires significant financial investments. Now we are only at the beginning of this journey. Now our task is to make a feasibility study in partnership with our European colleagues, ”said Ivan Yurik, adding that according to preliminary estimates, this project could cost 15-16 billion US dollars.

Ukrzaliznytsia is very interested in this project and hopes to receive a draft feasibility study for the project by the end of the year to take further steps.

“I am sure that cooperation with a wide range of our European partners will have positive results in the near future, in particular, it will allow us to learn from the implementation of such projects and attract financing on favorable terms,” concluded Ivan Yurik.

Финансовая аналитика, прогнозы цен на сталь, железную руду, уголь и другие сырьевые товары. More news and analytics on Metallurgprom telegram channel - subscribe to get up-to-date market information and price forecasts faster than others.
Сomments
Add a comment
Сomments (0)
On this topic
Ukrzaliznytsia will share its experience with Italian railway workers
Yuzhmash signed a contract for the supply of 10 more rocket engines for the Vega launch vehicle
Prutenskii car repair plant will be the flagship of the Ukrainian car building, the head of
Yuzhmash told whether it is possible to launch reusable rockets from the Black Sea
Ukraine invites Italian business to cooperate in the energy sector
"Zaporizhstal" was visited by a member of the Board of JSC "Ukrzaliznytsya"
Recommended:
EU plans additional sanctions against Russian metallurgy
Steel plant in Switzerland prepares for shutdown and layoffs
IREPAS: The global long products market is in a "dramatic situation"
News Analytics
The production of passenger cars in Russia decreased by 2.8 times in eight29-09-2022, 11:19
Donetsk and Torez electrotechnical plants will start producing electrical29-09-2022, 11:37
Ukrainian coking plants reduced gross coke production by 55.2%29-09-2022, 11:28
China ramps up investment in transport to bolster economy29-09-2022, 11:33
The heads of mining companies named the main risks for business29-09-2022, 10:03
China production cuts in winter will give limited boost to steel markets -15-09-2022, 10:09
Steel prices may rise as manufacturers stop production11-09-2022, 14:06
IREPAS: The global long products market is in a "dramatic situation"10-09-2022, 20:49
Steel prices are unlikely to rise significantly in the near future - analysts02-09-2022, 22:58
Steel prices may move up on new data from China31-08-2022, 12:19
Sign in with: