On the roads of Ukraine introduced strict control over waybills

will Check for signs of overloading in order to reduce systemic violations of weight standards for the carriage of goods. 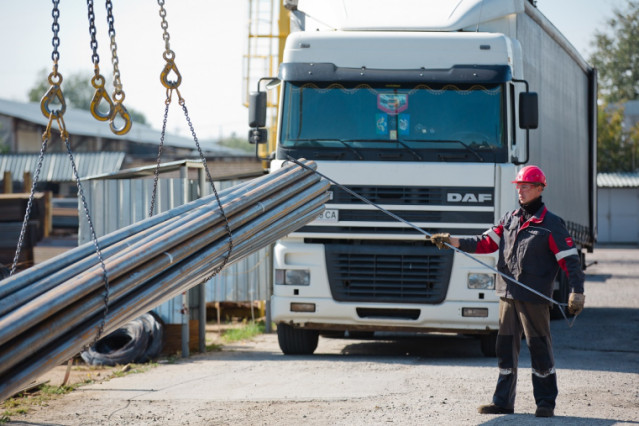 About the results of the activities relevant departments and services should inform the Cabinet of Ministers until October 31.

"the protection of roads from premature destruction by trucks - not less important task than their immediate construction, which was put before us by the President. Inspectors Ukrtransagent work around the clock to provide effective gabaritno-weight control. Today's decision, the government enhances checking of consignment notes for the carriage of goods by road. This will reduce systemic violations of weight standards for the carriage of goods", - said Vladislav Crickley.

in addition, for the purpose of conducting effective gabaritno-weight control the infrastructure Ministry jointly with Ukravtodor, Ukrtransekspediciya and the National police is mandated to ensure the establishment of road signs for restricting the movement of heavily loaded vehicles on the public roads of the state value. The Cabinet of Ministers should be informed of the list of key routes for the movement of heavily loaded vehicles with their passage through the venue of GVK (with application to an interactive map).

we will Remind that the President of Ukraine Volodymyr Zelensky took the video, which appealed to the truckers. He drew attention to the fact that the drivers bypass congestion, to avoid paying a fine. Video Zelensky placed in the group where the truckers discuss the bypass of overloading vehicles. In the video, the President told the truckers that they are very amused and still finds them, then all of them "will hurt".

In early June, the Verkhovna Rada of Ukraine registered the draft laws on the introduction of fees for the use of roads for trucks of 12 tonnes and more.

Recommended:
"Metinvest " in May increased revenue by 13.6% versus April, debt increased by $ 25 million
Three months in Mexico has killed 21 employees of a metallurgical plant of ArcelorMittal
At Azovstal repaired the ball-rolling mill "1040" for 8 million hryvnia
On this topic
Ukraine will ban the construction of new solar power plants
Mariupol metallurgical plant can be fined 10.5 million UAH
Zelensky suggested Goncharuk make unbundling economy Milovanova
Relentless degradation of the coal industry. Close Ukrainian mines?
Minister Ariel presented to the staff of SE NNEGC "Energoatom" the new head
Metallurgical waste will be used in the construction of roads - Alexey Goncharuk
Add a comment
Сomments (0)
News Analytics
"Metinvest " in May increased revenue by 13.6% versus April, debt increased by04-08-2020, 18:49
Metinvest's Kryvyi Rih GOKs will pay double taxes to the local budget until01-08-2020, 14:16
US Steel will not restart blast furnaces in Indiana until the end of this year01-08-2020, 14:02
ThyssenKrupp closed the deal for the sale of the elevator business01-08-2020, 13:53
Minister for Strategic Industries of Ukraine inspected YUZHMASH workshops31-07-2020, 09:49
Steel begins to lose the battle with the aluminium due to the growing27-07-2020, 17:08
Gold may reach a record high in 201114-07-2020, 12:47
Steel prices in southern Europe are rising, despite weak demand23-06-2020, 10:54
Analysts expect strong demand growth for steel in China10-06-2020, 11:57
Global steel consumption in 2020 will be reduced by 6.4% - Worldsteel04-06-2020, 13:53
Sign in with: