A unique mold was manufactured at Energomashspetsstal

This development made it possible to significantly increase the stability of the casting process and prevent rejects. 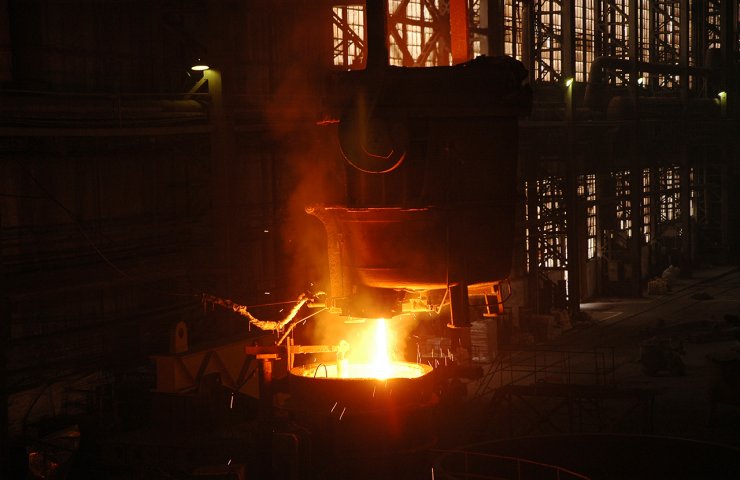 A one-piece mold for casting an ingot weighing 290 tons was manufactured and put into operation at EMSS. The mold itself weighs 144 tons. In the field of creating a large casting mold, Energomashspetsstal PJSC is the only enterprise in Ukraine capable of producing foundry equipment of such dimensions.

“Previously, ingots of this standard size were poured into a mold consisting of two parts. The production of a one-piece mold made it possible to significantly reduce the labor intensity of the assembly of foundry equipment and exclude the formation of surface defects in the ingot, "says Alexander Pryadko, Deputy Technical Director for Metallurgical Production of PJSC EMSS, Head of TOSP.

Another technological innovation this year at EMSS was the development and implementation into production by the company's specialists of an innovative design of a tundish block for casting ingots in vacuum chambers. This development made it possible to significantly increase the stability of the casting process and prevent scrap.

For reference : a mold in metallurgy - a mold for casting metal in the form of an ingot.

Recommended:
The Ministry of Digital Transformation of Ukraine has launched a portal with information on all public services
Indian government launches third round of stimulus measures totaling Rs 1.2 trillion
S&P Global assigned Viktor Pinchuk's Interpipe a 'B' rating with a stable outlook
On this topic
EMSS tells visitors about nowych technologies
"Energomashspetsstal" has successfully mastered the technology of casting of large ingots siphon
At the plant "Energomashspetsstal" was accepted shell of the reactor vessel for Tianwan NPP
"Energomashspetsstal" plans to double the sales in 2020
Energomashspetsstal has shipped to consumers in 2019 20,000 tonnes of steel products and equipment
Energomashspetsstal will produce on the order of General Electric two qualifying billet
Add a comment
Сomments (0)
News Analytics
Steel buyers in the European Union prepare for further significant price23-11-2020, 18:44
Production of dead-bottom molds has been restored at the Dnieper Metallurgical23-11-2020, 15:39
Hyundai and Ineos to collaborate on hydrogen vehicles23-11-2020, 14:28
Interpipe digitalizes logistics for the convenience of Ukrainian and European23-11-2020, 14:59
CO2 concentration in Earth's atmosphere reaches record levels again23-11-2020, 14:25
European Union scrap collectors worried about possible export restrictions18-11-2020, 10:41
Occupational diseases of workers in the extractive industry: types and ways to16-11-2020, 17:49
Eurofer expects recovery in EU steel demand05-11-2020, 09:47
Hot rolled carbon steel demand will continue to grow by 4% pa until 203004-11-2020, 16:14
Platts Steel Trade Review: China Will Decide Asia's Fate30-10-2020, 10:04
Sign in with: