Design Bureau "Yuzhnoye" together with SE "PO Yuzhmash" have successfully carried out final development tests of the liquid-propellant rocket system of the upper stage of the Cyclone-4 launch vehicle. 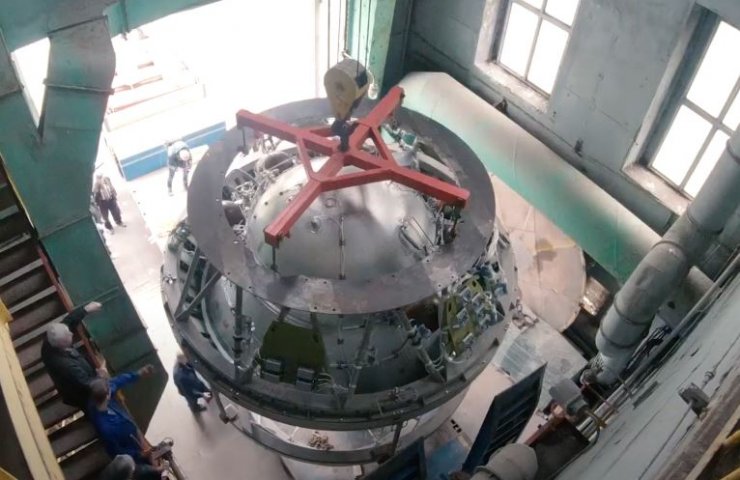 Manufacturing of the upper stage is a technology owned by a few enterprises all over the world. Today we can safely state that Design Bureau "Yuzhnoye" together with SE "PO Yuzhmash" and other enterprises of Ukrainian cooperation possess both technologies and sufficient experimental base to ensure a full cycle of creating such a degree.

It should be noted that the upper stage of the light launch vehicle "Cyclone-4" is universal. Given the potential inherent in the design of this stage, it has a future not only in the Cyclone launch vehicles, but also as a booster or space stage for other launch vehicles.

“To create a complex for testing the engine, we need the capabilities of the state, not a private company. To build at least one stand requires a colossal amount of resources: financial, professional - highly qualified specialists who understand this. During the Soviet era, the stand was built on average in a year and a half. Our stands are of a closed type, and the Americans are now making stands of an open type, and they simply use metal structures during construction to keep the engine at a certain height. But in this case, the equipment is more susceptible to climatic loads - during rains it will be flooded, constant drying is necessary, it is necessary to monitor and close it from direct sunlight, avoiding excessive heating, "commented Ivan Guba - head of the test department of a specialized production for testing liquid-propellant rocket engines No. 100 (the so-called "weaving").