Belarusian goods may stop being shipped through Lithuanian ports due to the difficult political situation between the two countries. 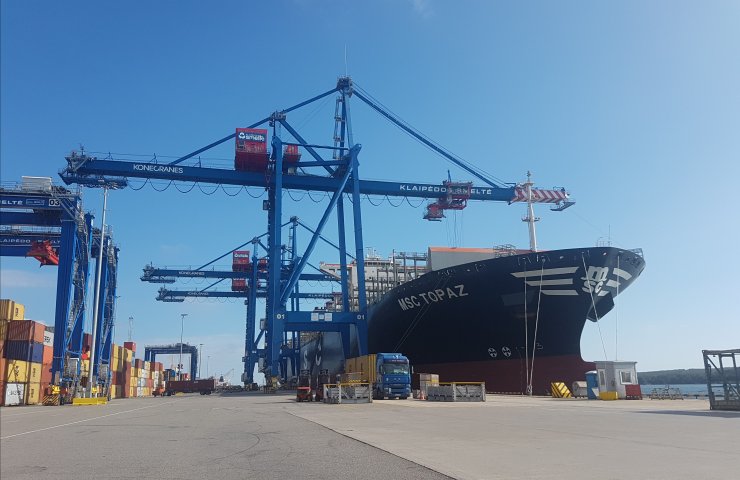 Belarusian refineries can start exporting oil products through the north-western terminals of Russia, stopping supplies to the port of Klaipeda (Lithuania). According to the Ministry of Energy of Belarus, the governments of the two countries are currently considering such a possibility.

According to shipping agents, the Belarusian Oil Company shipped at least 671.71 thousand tons of gasoline and fuel oil from Klaipeda in January-August, while in the same period in 2019 - 628.5 thousand tons.

Market participants report that oil products of Belarusian producers can be exported through Vysotsk and Ust-Luga (both in the Leningrad region) in case of agreement. Belarusian gasoline has already been delivered abroad through Ust-Luga in test mode. Thus, in January 2018, Vitol shipped a tanker consignment of this product in the volume of about 37 thousand tons from the Portenergo terminal.

However, according to information from market participants, the profitability of deliveries of Belarusian goods through Russian terminals was then about $ 10 per tonne lower than shipments through the ports of the Baltic countries, despite a 50% discount by Russian Railways (RZD) to tariffs for transportation of oil products from Belarus to the port stations of the October Railway, operating until the end of 2025. In this regard, the "Belarusian Oil Company" made a decision to stop exporting through Ust-Luga, according to traders. Russian Railways does not officially speak about the possibility of providing new discounts for the transportation of Belarusian oil products through Russian ports.

Recommended:
The head of KZHRK ordered preparations for the conservation of all four mines of the enterprise - Volynets
A difficult situation remains on the steel market in Ukraine - Ukrmetallurgprom
Miners of PJSC "Kryvbaszhelezrudkom" achieved an increase in wages
On this topic
Ukraine purchased a sea batch of bitumen from Italy
Belarus bought the first batch of oil in the United States
Belarus for the first time since 2011 began importing oil through Ukraine
Ukraine is preparing to halt supplies of oil products from Belarus
Retail prices for petroleum products in the European Union continued to fall
The ship that brought coal to Ukraine from Colombia called at the Russian port of Ust-Luga
Add a comment
Сomments (0)
News Analytics
Indian state steel company to sell non-core assets19-09-2020, 18:50
Largest US steel company to lose $ 100 million in Q319-09-2020, 18:50
UN experts believe that the worst-case scenario for the Ukrainian economy can19-09-2020, 18:47
KZhRK miners' strike threatens with loss of sales markets without prospects of16-09-2020, 21:51
Privatization of the alcohol industry has started in Ukraine16-09-2020, 14:56
Iron ore prices to surpass six-year high soon16-09-2020, 10:32
World Oil Demand Peak May Be Over - BP15-09-2020, 09:05
China expands car market capacity by increasing demand for steel and metals11-09-2020, 10:56
Prices continue to rise in the long and flat steel markets08-09-2020, 14:25
Difference between ferrous and non-ferrous metal28-08-2020, 13:45
Sign in with: