Employees of the oxygen-compressor shop of the management of the chief power engineer of OJSC "DMK" have developed and are implementing in 2020 a program to optimize compressed air networks. 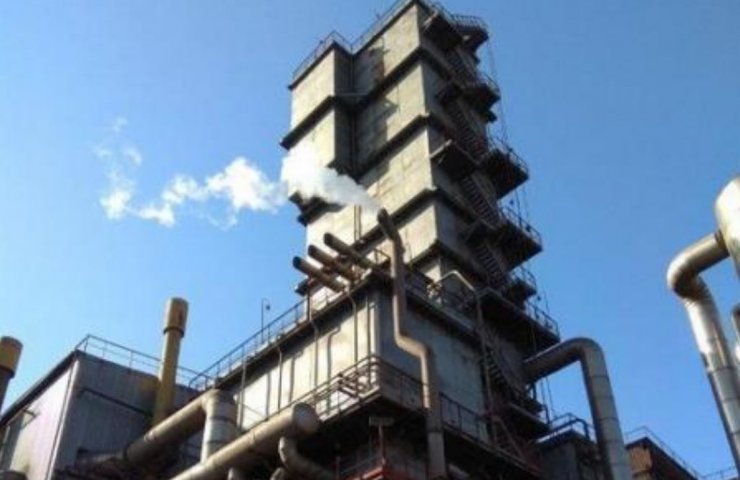 Today, OJSC "DMK" is actively introducing modern technologies and techniques in the steel production process. This approach applies not only to production in the main shops, where the existing equipment is being actively modernized, new machines and mechanisms are installed, but also integrated into all auxiliary shops, without which it is impossible to imagine a full-fledged modern metallurgical plant.

In addition to the "heart" of the plant - blast furnaces, its territory is permeated with networks of vital gas pipelines, pipelines and power lines. Each such network does its job, providing the necessary product for a separate processing, from blast to the blast furnace, oxygen to the converter, to compressed air to the oxygen shop.

Employees of the oxygen-compressor shop of the management of the chief power engineer of OJSC "DMK" have developed and are implementing in 2020 a program to optimize compressed air networks.

A number of activities were carried out, such as shutting down redundant pipelines, transferring a number of consumers to dry compressed air, which resulted in a decrease in compressed air losses in the plant's networks from 10.7% in January to 5.7% in August 2020. This program made it possible to save about UAH 2.3 million in 8 months of this year.

In the future, according to this program, it is planned to install local compressors in the sinter and blast-furnace shops under an agreement with YASNO ENERGOEFEKTIVNOST LLC, which will ensure the need for sintering and blast-furnace production in compressed air and avoid losses of this product during its transportation through networks of the plant.

DMK keeps up with modern trends on the way to improving technological processes and attracting young ambitious employees who actively contribute to the process of "rejuvenation" of the plant's production facilities.

Within the framework of the "Young Leaders" program, their own version of combating the loss of compressed air was proposed. Young people insist on replacing obsolete pneumatic tools operating from a common compressed air network with mobile electric or pneumatic power tools. This will allow disconnecting long lines of compressed air pipelines and significantly reducing its losses. This project was highly appreciated and now the possibility of its implementation in the structural divisions of the plant is being considered.

In general, DMK is actively working to eliminate losses, reduce the cost of production and improve its quality, and in this sense, the company keeps its finger on the pulse of the introduction of modern and progressive technologies in metallurgical production.

Recommended:
South African authorities change pricing system for scrap metal market to support metallurgists
World steel production up 0.6% in August - WorldSteel
Ukraine will be transferred to biogas and biofuel
On this topic
DMZ reduced air emissions by one third
In the shops "Turboatom" work continues on equipment for the Ukrainian hydro power plants
Dust emissions have been reduced at the Dnieper Metallurgical Plant
DMK refused tax exemptions for a preiod of quarantine
On the Dnieper metallurgical plant completed the repairs of CCM-1
On the Dnieper metallurgical plant blew in the second blast furnace
Add a comment
Сomments (0)
News Analytics
Innovative matrix headlights on the Audi E-Tron19-10-2020, 22:43
Tensions rise between China and Australia over commodity trade14-10-2020, 18:15
The European Union confirms its intention to introduce a border tax on carbon13-10-2020, 13:20
ArcelorMittal Europe to start producing green steel from 202013-10-2020, 12:44
Kremenchug refinery launched an isomerization unit13-10-2020, 12:43
Dolomite powder market to reach USD 33.44 billion by 202705-10-2020, 12:33
Iron ore prices to surpass six-year high soon16-09-2020, 10:32
World Oil Demand Peak May Be Over - BP15-09-2020, 09:05
China expands car market capacity by increasing demand for steel and metals11-09-2020, 10:56
Prices continue to rise in the long and flat steel markets08-09-2020, 14:25
Sign in with: