Currently, almost all titanium mined in Ukraine is exported in the form of ore concentrate. 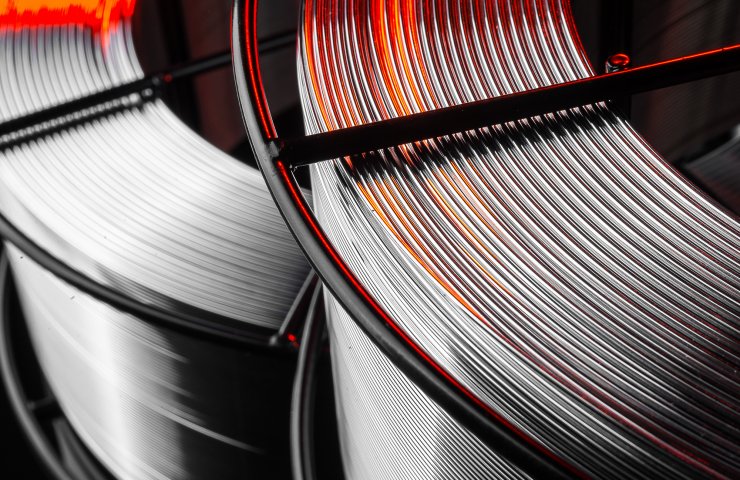 Under the chairmanship of Vice Prime Minister - Minister for Strategic Industries of Ukraine Oleg Urusky, a meeting on the topic "Ukraine 2030 - the new titanium leader of the global industry" was held in the Government House on September 28, 2020.

The event was attended by deputies of the Verkhovna Rada of Ukraine, heads of the Ministry of Economy, the Ministry of Finance, the State Property Fund, the National Academy of Sciences of Ukraine, foreign diplomats, heads of unions and associations, state and private profile companies, experts in the titanium industry.

“I am convinced that if aluminum is the metal of the 20th century, then titanium should become the metal of the 21st century. Now there is a tendency to expand the scope of titanium products, which is used in various modifications and types in a wide variety of products, "Urusky stressed.

He also noted that Ukraine has significant titanium deposits. According to some estimates, up to 900 million tons of various ores. That is why it is necessary to raise the question of improving the quality of their processing and creating added value.

“I believe that we need to work on creating a closed cycle in the titanium industry: from the extraction of raw materials to the production of finished products from the metal itself. We have all the potential for this, ”Urusky is convinced.

According to him, this will not be an easy path, which will require investment and financial assistance, primarily from Western partners.

According to the Deputy Minister for Strategic Industries Vitaly Nemelostivy, the titanium mining industry can become "one of the engines of economic and industrial development." He emphasized that if there is government support and the industry develops, this will stimulate investments by partners in the USA, UK, Canada, France and other countries.

Also within the framework of the event, it was stated that despite the fact that about one million tons of titanium-containing concentrates are produced annually in the country, the bulk of them are not processed, but are exported as raw materials. In general, products are intensively supplied to the countries of Europe, Asia and North America.

The export orientation of the industry, in particular the supply of concentrate and semi-finished products, as well as products with low added value, is due to the fact that Ukraine does not have sufficient processing capacities in titanium production. The latter should become an important factor in the development of the industry.

According to the Ukrainian government, the situation needs to be changed. The development of the industry will be facilitated by: systemic support from the state, creating favorable conditions for doing business, attracting domestic and foreign investors, borrowing modern technologies and increasing the production of titanium products with high added value.

Recommended:
Shanghai relocates 5-story school building with a "walking machine" (Video)
Metinvest equips new oxygen points in Mariupol for seriously ill coronavirus
Boeing will cut 20% of its staff by the end of 2021
On this topic
Minister for Strategic Industries of Ukraine inspected YUZHMASH workshops
How the reform of the electricity market in Ukraine can lead to a collapse and what to do about it
Stopped nuclear power plants and mines. What's going on in the energy sector of Ukraine?
The state property Fund of Ukraine plans this year to privatize "Turboatom"
At Turboatom presented the achievements of the economy of Ukraine in the last 100 days
Ukraine detensive the scrap metal market in the spring
Add a comment
Сomments (0)
News Analytics
Thyssenkrupp says negotiations to sell steel business have not progressed a step30-10-2020, 18:50
Kazakhstan launched a new technology for the production of batteries30-10-2020, 16:03
Erbol Nurgaliyev visited the metallurgical plant of JSC "ArcelorMittal Temirtau"30-10-2020, 16:27
Ukrzaliznytsia and NABU signed a memorandum of cooperation30-10-2020, 16:59
DMK expands its assortment of continuously cast billets30-10-2020, 16:19
Platts Steel Trade Review: China Will Decide Asia's Fate30-10-2020, 10:04
Dolomite powder market to reach USD 33.44 billion by 202705-10-2020, 12:33
Iron ore prices to surpass six-year high soon16-09-2020, 10:32
World Oil Demand Peak May Be Over - BP15-09-2020, 09:05
China expands car market capacity by increasing demand for steel and metals11-09-2020, 10:56
Sign in with: