Why will beryllium become one of the most demanded metals of the XXI century?

In the world, only three countries are engaged in the processing of beryllium ores. Ukraine can become the fourth strategic point on the world map. 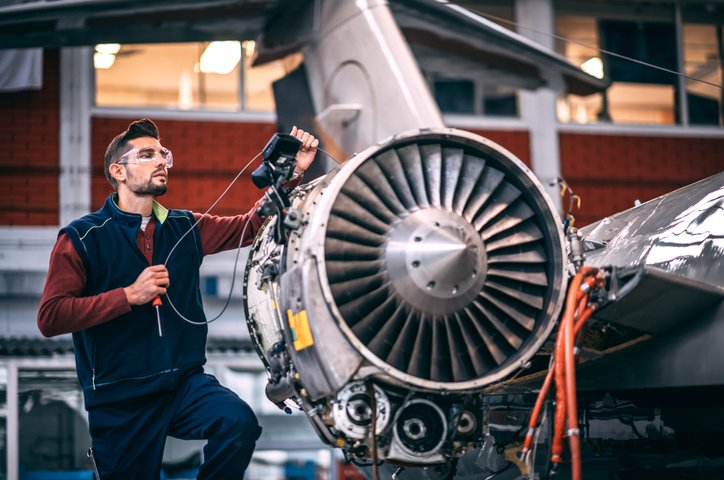 In the terminology of the mining industry, the concept of "critical raw material" has not so long been fixed, which unites a number of rare, new, but at the same time important for the economy of the 21st century materials. These are mainly elements of the metal group and rare earth metals, the unique characteristics of which mankind was able to discover thanks to the technological leap in the last century.

The emergence of whole new industries in mechanical engineering, electronics and aircraft construction became available with the discovery of the useful properties of such metals. Of course, the global production of the same lithium is far from hundreds of millions of tons of iron ore. But the mining industry has already made its strategic choice and proclaimed its course precisely towards intensifying the development of deposits of these "new" elements. Beryllium was no exception. Together with cobalt and nickel.

Why will beryllium become one of the most demanded metals of the 21st century?

Beryllium is a chemical element with the Be symbol and atomic number 4. It is a relatively rare element both in the Universe and in the earth's crust. The element is found in nature only in combination with other elements in minerals. As a free element, it is a steel gray alkaline earth metal, hard, light and brittle.

Beryllium increases hardness and resistance to corrosion and is used for alloying aluminum, cobalt, copper (in particular, beryllium bronzes), iron and nickel. High flexural rigidity, thermal stability, thermal conductivity and low density (only 1.85 times that of water) make beryllium in demand as an aerospace material for high-speed aircraft, rockets, spacecraft and communications satellites. Because of its low density and atomic mass, beryllium is transparent to X-rays and other forms of ionizing radiation. Thus, it is the most common material for the production of X-ray equipment and for conducting physical experiments. The high thermal conductivity of beryllium is the main factor used in heat transfer devices.

North America and Europe are the largest consumers of beryllium. Significant economic growth in recent years in the Asia-Pacific region, primarily in China, has equated consumption in the region with European levels. This was facilitated by the growing use of metal in infrastructure equipment, computers and telecommunications, routers, fixed and wireless optical transmission systems.

In recent years, metal consumption has increased significantly in automotive electronics, especially the copper-beryllium alloy (beryllium bronze) used in power distribution and car alarms. The global beryllium market is expected to approach 500 tonnes soon (that is, it will double) due to good demand from computer manufacturers and the telecommunications infrastructure market, as well as due to the growth of the automotive electronics market. Consumption is also expected to grow in emerging markets, particularly in Asia and Latin America.

In the world, only three countries are engaged in the processing of beryllium ores. Significantly, in 2005, the US Department of Defense entered into a partnership with Materion to build a new high-purity beryllium metal processing and manufacturing plant in Ohio. The construction of the processing plant was completed in 2011. Two-thirds of its products began to go to defense enterprises and other organizations associated with the production of high-tech end products.

The United States imported about 34% of the beryllium used in 2019, including metallic beryllium and other processed beryllium materials used in manufacturing. Two thirds of these materials came from Russia and Kazakhstan. The trend, as reported by USGS, indicates strong demand. In the first half of 2020, Materion reported a 62% increase in shipments of basic beryllium-copper alloys, compared to the first half of 2019. Sales of beryllium products in key markets - aerospace, automotive electronics, ceramics, computers and telecommunications - were significantly higher than in 2019. But in the coming years, the demand for beryllium will align with the supply.

In the Olevsky district of the Zhytomyr region, in the interfluve of the Perga and Ubort rivers, there is the Perzhansky beryllium deposit, which, according to its characteristics, is one of the best in the world. The carrier of beryllium in it is the mineral genthelvin, of which there are no more than 20 recorded manifestations in the world. According to the Institute of Geological Sciences of the National Academy of Sciences of Ukraine, along with beryllium, this deposit contains tantalum, niobium, zirconium, tin, molybdenum, lithium, zinc, silver, fluorine and some minerals.

Финансовая аналитика, прогнозы цен на сталь, железную руду, уголь и другие сырьевые товары. More news and analytics on Metallurgprom telegram channel - subscribe to get up-to-date market information and price forecasts faster than others.
Сomments
Add a comment
Сomments (0)
On this topic
How can integrated subsoil use objects help the development of raw materials exports in Ukraine?
Extractive industry development roadmap will ensure Ukraine's GDP growth of $ 34 billion
Investment projects for the extraction of lithium in Ukraine may be suspended
The State Geological Survey of Ukraine has developed an algorithm of actions in the event of
Ukraine and the European Union signed a Memorandum on the supply of strategically important raw
Yuzhmash told whether it is possible to launch reusable rockets from the Black Sea
Recommended:
Ukrzaliznytsia announced the purchase of rails in France cheaper than in Metinvest before the war
Norwegian startup to build €4bn green steel plant
UK is ready to give 300 million pounds to save British Steel
News Analytics
War in Ukraine to accelerate world economy transition to clean energy - BP30-01-2023, 11:49
ArcelorMittal invests $120m in US green steel company30-01-2023, 11:11
The United States refused to comply with the decision of the WTO on tariffs on29-01-2023, 20:08
China remains the world leader in shipbuilding with a 50% share of new shipyard29-01-2023, 12:35
Prices for metal products in Ukraine increased by 26% last year29-01-2023, 12:06
S&P: Russia will continue to dominate the steel export market in the Black05-01-2023, 11:22
Fitch Analysts Predict Big Drop in Global Steel Consumption This Year14-12-2022, 13:59
Analysts predict 5% annual growth in the iron casting market through 203006-12-2022, 12:44
Commodity prices will fall, metals quotes will rise slightly - Focus Economics28-11-2022, 13:28
Platinum market to face shortage next year - WPIC22-11-2022, 18:25
Sign in with: