The Economic Court of Kiev canceled the order of the State Property Fund of Ukraine No. 1971 on the privatization of ZTMK. 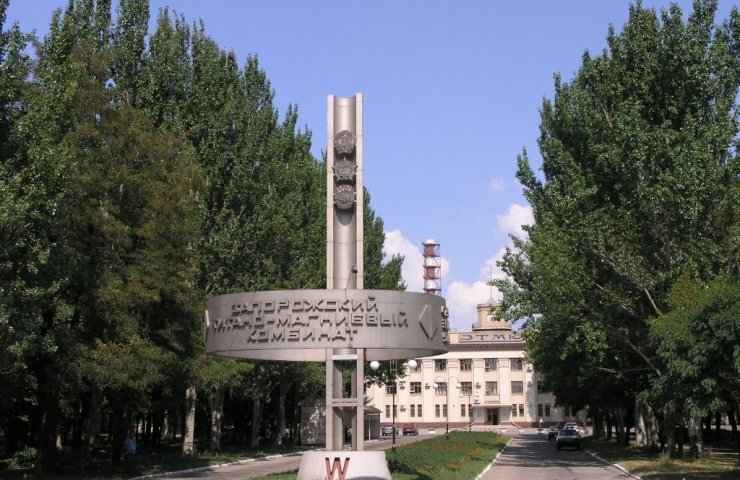 On April 28, 2021, the Economic Court of the city of Kiev invalidated the order of the State Property Fund of Ukraine No. 1971 of December 7, 2020 on the privatization of the Zaporozhye Titanium and Magnesium Plant. The decision was made at the suit of the minority owner of ZTMK, Tolexis Trading Limited (part of Dmitry Firtash's Group DF).

The court found that the order of the State Property Fund on the privatization of ZTMK violates the investor's preemptive right to acquire a share in the authorized capital of the enterprise. This right is provided for by the ZTMK Charter, as well as Article 20 of the Law of Ukraine "On Limited and Additional Liability Companies", which explicitly states that "a company participant has the pre-emptive right to acquire a share (part of a share) of another company participant, which is sold to a third party."

The court also recognized that the order of the State Property Fund No. 1971 contradicts Article 16 of the Law of Ukraine "On the Privatization of State and Communal Property," which provides that sale ".

“Tolexis Trading Limited challenged in court not the privatization itself, but the privatization method chosen by the State Property Fund. Having ignored the preemptive right to buy out shares of the second participant of the company, the SPFU once again grossly violated the legal rights of the minority owner of ZTMK, ”noted Roman Chishinsky, lawyer of Tolexis Trading Limited. “We have repeatedly proved our position in the courts in legal disputes with the Fund. Any further attempts by the SPFU to violate the law regarding the property of ZTMK will be appealed in the courts of Ukrainian and international jurisdiction, "Chishinsky said.

As reported, the Cabinet of Ministers of Ukraine on November 25, 2020 included ZTMK in the list of objects to be privatized, and in the updated charter of the enterprise registered on November 23 by the State Property Fund, Tolexis Trading Ltd., affiliated with Firtash's Group DF, which owns a 49% stake in the plant, did not has the priority right to buy out the state share.

In the explanatory note to the document, the SPF noted that the inclusion of ZTMK in the list of privatization objects would make it possible to stop all enforcement proceedings and ensure the further stable operation of the plant.

The State Property Fund, together with the management of ZTMK, developed a plan for the financial recovery and modernization of the plant, which, starting from April 2021, will increase the production of finished goods by 50%, buy electricity directly from Energoatom at special auctions and thus reduce cost price. It was planned to bring the enterprise to the break-even level, having carried out the procedure for its financial recovery, and to restore production volumes at ZTMK to 900 tons of titanium sponge per month by the end of 2021.

ZTMK is the only producer of metallic spongy titanium in Ukraine and Europe. Its design capacity is 20 thousand tons per year, however, due to the depreciation of production assets, the enterprise can currently produce 10 thousand tons of sponge.

The state owns a controlling stake in OOO ZTMK, the structure of Group DF - a 49% stake.

Финансовая аналитика, прогнозы цен на сталь, железную руду, уголь и другие сырьевые товары. More news and analytics on Metallurgprom telegram channel - subscribe to get up-to-date market information and price forecasts faster than others.
Сomments
Add a comment
Сomments (0)
On this topic
The court confirmed the illegality of the change of management of the Zaporozhye titanium and
Dmitry Firtash will appeal against the decision to return the Zaporozhye titanium and magnesium
Trade unions demand from Zelensky to pay attention to the situation with the Zaporizhzhya
Zaporozhye Titanium and Magnesium Combine Demonstrated First Results of Financial Recovery Program
Metinvest will gain control over the largest producer of coking coal in Ukraine
One of the largest lithium deposits in Ukraine returned to the disposal of the state
Recommended:
Sweden announced the discovery of Europe's largest deposit of rare earth metals
Analysts confident of significant growth in global demand for galvanized steel
S&P: Russia will continue to dominate the steel export market in the Black Sea region
News Analytics
European steel price rise that began in January will be short-lived - MEPS26-01-2023, 14:44
Steel production in China rose in the first decade of January26-01-2023, 12:30
UK is ready to give 300 million pounds to save British Steel20-01-2023, 21:31
Carriage building plant in Kremenchug stopped production due to debts20-01-2023, 21:11
Europe's passenger car market records its worst year since the turn of the20-01-2023, 21:03
S&P: Russia will continue to dominate the steel export market in the Black05-01-2023, 11:22
Fitch Analysts Predict Big Drop in Global Steel Consumption This Year14-12-2022, 13:59
Analysts predict 5% annual growth in the iron casting market through 203006-12-2022, 12:44
Commodity prices will fall, metals quotes will rise slightly - Focus Economics28-11-2022, 13:28
Platinum market to face shortage next year - WPIC22-11-2022, 18:25
Sign in with: