World's largest steel company will be carbon neutral by 2050 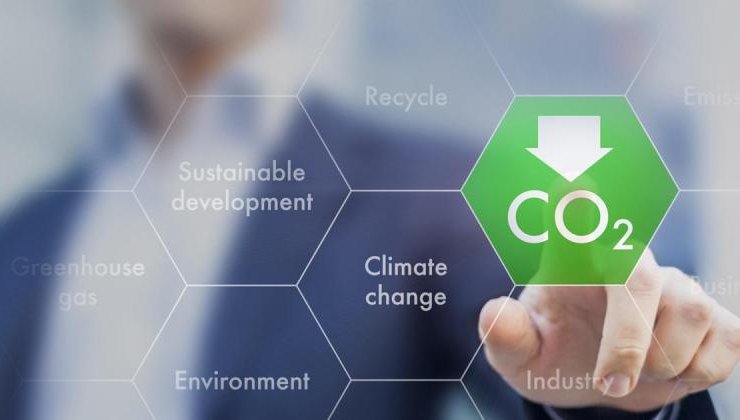 The world's leading steel and mining company, ArcelorMittal, has announced its commitment to achieving carbon neutrality by 2050.

“As the world's leading steel company, we believe we have a responsibility to spearhead the efforts to decarbonize the steelmaking process that has a significant carbon footprint today,” said Aditya Mittal, President and Chief Financial Officer of ArcelorMittal.

According to him, the company is working on various pilot technologies that have excellent potential. In Hamburg, Europe's only hot briquetted iron (DRI) smelting plant in an electric furnace (EAF) will test not only the ability of hydrogen to reduce iron ore and the actual process of making rolled metal.

“Hydrogen has great potential, but given the significant transition cost, we also believe in the ability to work on solutions for the traditional integrated route ... Policies to ensure that steel remains competitive in decarburization will be critical to achieving this goal especially since every region of the world is developing at a different pace. We intend to actively engage with governments to chart a path forward that will allow the steel industry to make significant progress, ”Mittal said.

ArcelorMittal has identified two low emission steelmaking routes, both of which can lead to carbon neutral steelmaking: Hydrogen - DRI route that uses hydrogen as a reducing agent, and steelmaking using carbon from recycled resources - in the form of biomass or carbon waste.

While both routes have the potential to achieve carbon neutrality in steelmaking by 2050, the company believes that recycled carbon can produce results sooner and significantly contribute to reducing CO emissions 2 already in this decade, while industrial scale production along the Hydrogen-DRI route is unlikely to operate on an industrial scale until 2030 due to current high costs.

The company has also defined the policy framework it believes is necessary to make zero carbon steel production a reality.

ArcelorMittal will provide further details on its plans to achieve carbon neutrality by 2050 in its second Climate Action Report, which is expected to be released before the end of 2020.

ArcelorMittal is a member of the Energy Transition Commission (ETC) and an active participant in the Net Zero Steel initiative, implemented by ETC in partnership with the World Economic Forum. ArcelorMittal is also actively involved in the Science-Based Objectives Initiative (SBTI) to define an achievable SBT for the steel industry, given the two different routes in force today.

Recommended:
LIBERTY Steel Group will build a hydrogen smelter in Dunker, France
Ukraine and the European Union deepen cooperation on the production of lithium-ion batteries
Metallurgical enterprises of Ukraine increased earnings from the export of ferrous metals by 8%
On this topic
Thyssenkrupp to build hydrogen-fueled steel plant by 2025
Ukrainian gas transmission system tested for hydrogen pumping capacity
The Swedes first in the world to conduct heating of the steel by hydrogen in the process of rolling
At Central GOK, Metinvest launched a line of production of direct reduced iron
ArcelorMittal and Nippon Steel complete acquisition of Essar Steel
ArcelorMittal approved the "green deal" of the European Commission
Add a comment
Сomments (0)
News Analytics
US and EU suspend the collection of duties that were imposed against each other05-03-2021, 22:48
Turboatom and Electrotyazhmash discussed prospects for cooperation under05-03-2021, 19:04
DMZ Yaroslavsky in February almost doubled the production of rolled products05-03-2021, 18:19
Sanjeev Gupta Metallurgical Alliance Stops Paying Greensill Loans05-03-2021, 18:18
China to build high standard free trade zone network to reach worldwide - Xinhua05-03-2021, 16:43
Spread between raw materials and high strength alloy steel in Europe increased01-03-2021, 20:21
Increase in prices is forecasted in the markets of steel raw materials -26-02-2021, 09:25
Troy ounce of gold will drop $ 500 in two years - Fitch25-02-2021, 18:29
Global iron ore production growth to outstrip cumulative production in India23-02-2021, 10:22
Fitch Ratings Warns of “Shocking Impact” on Fossil Fuel Exporters18-02-2021, 14:44
Sign in with: