Without stimulating metal consumption within the country, we are seriously losing - we are becoming less competitive and losing our investment attractiveness, Alexander Mironenko said. 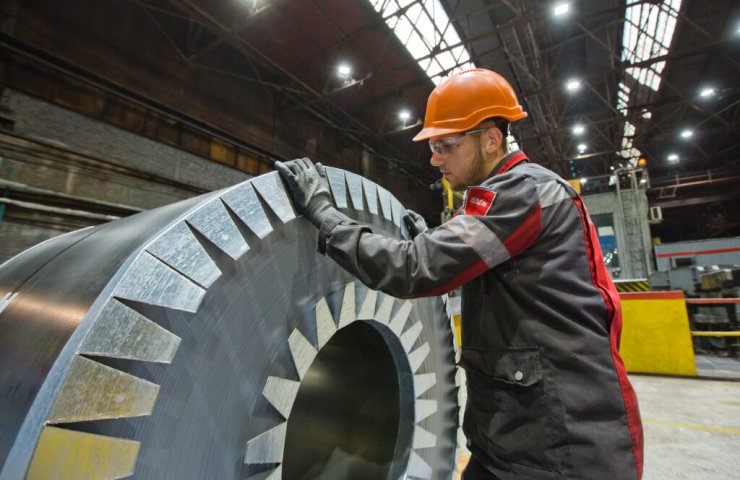 Metallurgical plant "Zaporizhstal" of Metivnvest Group, like many other manufacturers, experienced the hardships and deprivations of the protective measures introduced by Europe. This was reported in interview general director of the enterprise Alexander Mironenko.

“The quotas introduced by the EU pushed us out of the European market, where we had been working for years and occupied up to 35% of the market. Now the share of Ukrainian metal products in the European market cannot exceed 20%, ”Mironenko said.

According to him, the crisis and pandemic drove the whole world into a situation where the usual logistic ties were cut off, markets were closed, investment projects were frozen as much as possible.

“After the first wave of the pandemic, commodity markets began to recover faster, which led to an increase in prices for iron ore raw materials. At the same time, the price for finished metal products on the market fell by almost a third, and as a result, we received an increase in the cost of our high-margin product - rolled products, as a result, significant losses, ”said the general director of Zaporizhstal.

The solution to the problems of Ukrainian metallurgy Mironenko sees state stimulation of increasing the level of consumption of metal products in the domestic market and protection of domestic producers in foreign markets.

“Zaporizhstal and its staff will be provided with work. We have already proved our flexibility and ability to work at the most peak times of crisis, now our task is to maintain these positions, "the CEO summed up.

Recommended:
Department of strategic development and planning of NKREKP was liquidated in Ukraine
Robots are watching Rinat Akhmetov's workers in Vinnytsia region of Ukraine
PJSC "Kryvbaszhelezrudkom" intends to forcibly raise miners from the mine
On this topic
"Zaporizhstal" was visited by a member of the Board of JSC "Ukrzaliznytsya" Frank buresh
"Zaporizhstal" presented case studies of ecomaterial in the national platform of ecological and
Zaporizhstal orders for the four months ahead – CEO
General Director of "Zaporizhstal" steel works appointed Alexander Mironenko
Austrian Ambassador to Ukraine, visited the metallurgical plant "Zaporizhstal"
Metinvest changes Zaporizhstal CEO
Add a comment
Сomments (0)
News Analytics
Innovative matrix headlights on the Audi E-Tron19-10-2020, 22:43
Tensions rise between China and Australia over commodity trade14-10-2020, 18:15
The European Union confirms its intention to introduce a border tax on carbon13-10-2020, 13:20
ArcelorMittal Europe to start producing green steel from 202013-10-2020, 12:44
Kremenchug refinery launched an isomerization unit13-10-2020, 12:43
Dolomite powder market to reach USD 33.44 billion by 202705-10-2020, 12:33
Iron ore prices to surpass six-year high soon16-09-2020, 10:32
World Oil Demand Peak May Be Over - BP15-09-2020, 09:05
China expands car market capacity by increasing demand for steel and metals11-09-2020, 10:56
Prices continue to rise in the long and flat steel markets08-09-2020, 14:25
Sign in with: