Ukrmetallurgprom announced a possible collapse of the Ukrainian economy

This statement was made in the association of enterprises of the mining and metallurgical complex of Ukraine on the eve of another increase in tariffs from November 1. 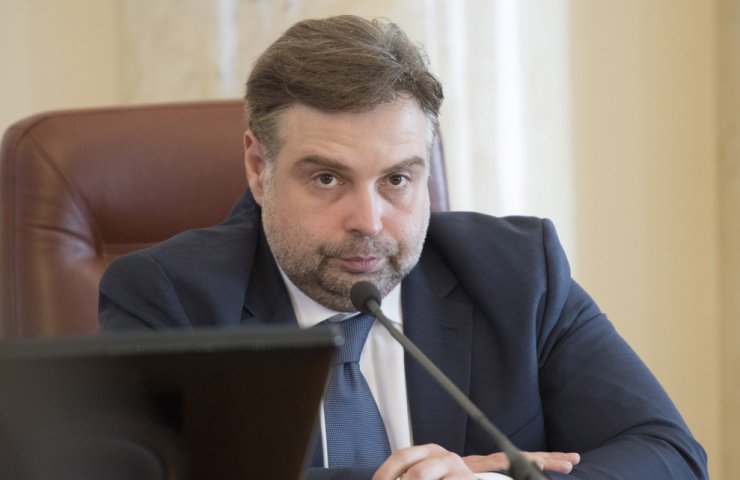 The National Regulator of Ukraine NKREKP plans a new increase in electricity prices from November 1 until the end of the year.

According to the president of Ukrmetallurgprom, Oleksandr Kalenkov, Ukrainian metallurgists are forced to state that these increases are becoming a habit for the state regulator, even when there are no grounds.

He recalled that the previous promotion was not so long ago. Just a couple of months ago, tariffs have already increased by more than 1.5 times, and this has already had a very negative impact on the entire Ukrainian industry, especially the metallurgical industry. Metallurgists consume 25% of the total electricity consumption in Ukraine, and up to 60% of the total electricity consumption by industry.

“Due to the latest regular increase in electricity transportation tariffs, the costs of metallurgists have already increased by billions of hryvnias. This is despite the fact that the metallurgical industry ended last year with a loss of more than 32 billion hryvnia. This year, the amount of losses of metallurgists for the first half of the year exceeded the losses of the first half of 2019, "Kalenkov stated.

He stressed that the economic crisis is only gaining momentum, and in European countries, governments are trying to support industry in order to prevent a collapse in the economy.

“Our competitors - Europeans, Russians, - electricity prices are falling. And in Ukraine they are growing. And at such a pace that prices will soon exceed the pre-crisis level, "said the head of Ukrmetallurgprom.

“In fact, NKREKP creates a vicious circle. One of the tasks of the Commission is to find a balance in the electricity market. And what is happening now is destabilizing the market. When the tariff for electricity rises, the industry, which provides 60% of its consumption, begins to cut production. Accordingly, consumption is falling, and with it, the supply of power engineers. What does NKREKP do in such a situation? Increases tariff again. This is how the circle closes that leads to nowhere: production falls - electricity consumption falls - tariffs are forced to increase - production falls again, "said Kalenkov.

Ukrmetallurgprom appealed to the Cabinet of Ministers of Ukraine, and first of all to the Ministry of Fuel and Energy, with a demand to do everything in order to solve the problem of paying off debts to green energy companies without a sharp increase in the tariff for industry.

Recommended:
International Energy Agency predicts 30% growth in global steel demand
KAMAZ to open an iron casting plant in Kostanay
European Union will import hydrogen from Ukraine and Morocco
On this topic
How the reform of the electricity market in Ukraine can lead to a collapse and what to do about it
Stopped nuclear power plants and mines. What's going on in the energy sector of Ukraine?
The national Bank of Ukraine will not allow "rocking" of the hryvnia
The national Bank of Ukraine has filed a lawsuit against the MP for libel
Electricity prices declined, but too early to relax - ArcelorMittal Krivoy Rog
Buy Russian electricity for six Ukrainian companies
Add a comment
Сomments (0)
News Analytics
Worldsteel Celebrates Rapid Recovery in Steel Sectors26-10-2020, 11:03
Components and spare parts for Dong Feng cars24-10-2020, 20:52
Steel production in September 202023-10-2020, 17:21
Innovative matrix headlights on the Audi E-Tron19-10-2020, 22:43
Tensions rise between China and Australia over commodity trade14-10-2020, 18:15
Dolomite powder market to reach USD 33.44 billion by 202705-10-2020, 12:33
Iron ore prices to surpass six-year high soon16-09-2020, 10:32
World Oil Demand Peak May Be Over - BP15-09-2020, 09:05
China expands car market capacity by increasing demand for steel and metals11-09-2020, 10:56
Prices continue to rise in the long and flat steel markets08-09-2020, 14:25
Sign in with: