The fire at Severodonetsk Azot was extinguished by the enterprise

The fire will not affect the operation of the production shops, all contracts for the supply of fertilizers will be fulfilled 100%, the press service of AZOT promised. 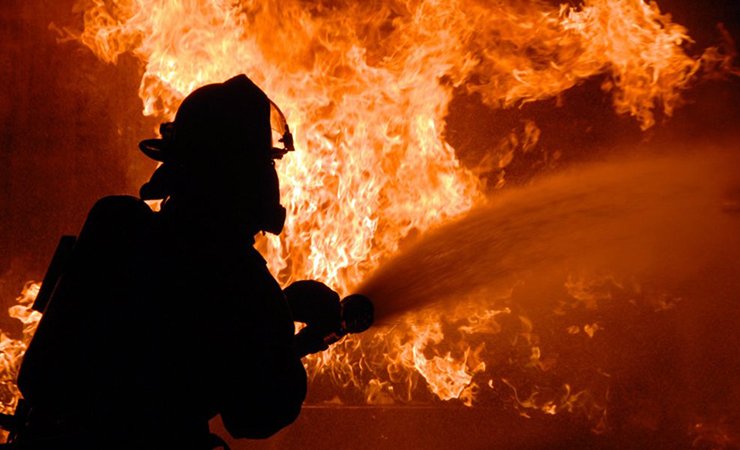 Due to the continuing fires in the Luhansk region, an emergency situation has arisen at PJSC "AZOT". Grass, bushes and trees caught fire on the territory of the industrial wastewater neutralization and treatment plant.

The company was informed that the emergency services of the plant promptly arrived at the site of the fire and extinguished the fire within a few hours.

“There are no victims or injured, there is no threat to the population because of the fire that took place on the territory of the enterprise. Information published in several media outlets about allegedly any emissions into the atmosphere is false, "says statement " NITROGEN " .

At the moment, the technological complex of the workshop for neutralization and treatment of industrial waste is operating normally. The fire did not affect in any way the work of the main production departments of the enterprise, the press service noted.

An operational headquarters has been created and is operating at Azot, which controls the situation related to fires in the Luhansk region. In addition, to enhance security, a round-the-clock duty of personnel was organized, an additional check of all equipment necessary for firefighting was carried out and personnel were instructed on safety measures.

PrJSC "Severodonetsk Association AZOT" is one of the largest Ukrainian chemical enterprises, since 2011 it has been part of Dmitry Firtash's Group DF. The main activity of the enterprise is the production of mineral nitrogen fertilizers.

Group DF owns four fertilizer producers in Ukraine. According to Group DF estimates, UkrAgro NPK is one of the five largest suppliers of mineral fertilizers in Ukraine and the largest producer of fertilizer mixtures.

Group DF is a diversified international group of companies whose business is represented in a number of countries in Europe and Asia. The main activities of the group are nitrogen, titanium, gas and banking businesses. In particular, Group DF is one of the largest investors in the chemical industry and energy in Eastern Europe.

Финансовая аналитика, прогнозы цен на сталь, железную руду, уголь и другие сырьевые товары. More news and analytics on Metallurgprom telegram channel - subscribe to get up-to-date market information and price forecasts faster than others.
Сomments
Add a comment
Сomments (0)
On this topic
Severodonetsk Azot completed the modernization of the ammonia production unit
At a chemical plant in Rivne, a pipeline depressurization occurred in the nitric acid production
Cherkasy "Azot" shipped more than 100 tons of medical oxygen to hospitals
How the reform of the electricity market in Ukraine can lead to a collapse and what to do about it
Experts confirmed the high level of environmental safety of the pond-evaporator plant in utlyukskom
The largest workshop reconstruction project in the last 10 years has been launched at Cherkassk Azot
Recommended:
Australian steel companies hard hit by Chinese steel crisis
Stopped Zaporizhzhya NPP will not resume operation until the shelling stops
China production cuts in winter will give limited boost to steel markets - Platts
News Analytics
Ukrainian court invalidated sale of Ferrexpo Plc shares in 200222-09-2022, 12:45
EU Commission not doing enough to save aluminum industry - associations21-09-2022, 11:07
Steel market in Europe expects big production cuts due to weak demand20-09-2022, 11:13
Ford warns investors to cut car deliveries due to parts shortages20-09-2022, 10:43
The price of lithium resumes insane growth after Elon Musk's remarks20-09-2022, 10:54
China production cuts in winter will give limited boost to steel markets -15-09-2022, 10:09
Steel prices may rise as manufacturers stop production11-09-2022, 14:06
IREPAS: The global long products market is in a "dramatic situation"10-09-2022, 20:49
Steel prices are unlikely to rise significantly in the near future - analysts02-09-2022, 22:58
Steel prices may move up on new data from China31-08-2022, 12:19
Sign in with: