The Ukrainian-American rocket carries 3.7 tons of cargo to the ISS, which includes scientific equipment, an experimental space toilet, food, equipment and other accessories for astronauts. 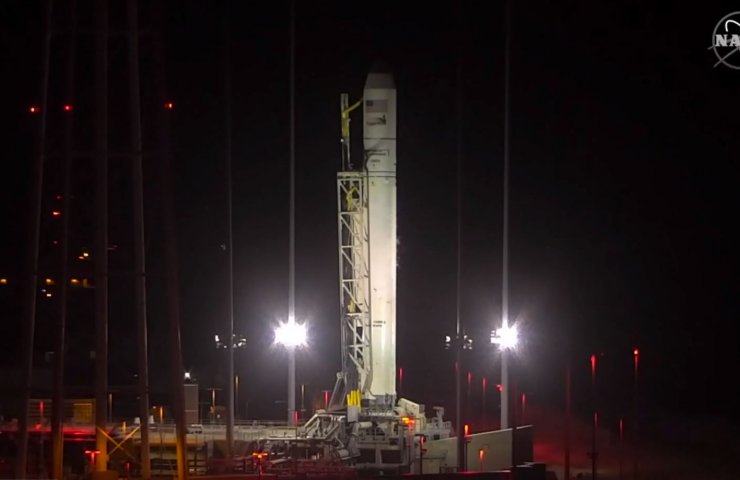 On October 3, at 4:16 am Kiev time, the Antares launch vehicle was successfully launched from the Wallops cosmodrome. This is the thirteenth launch of Northrop Grumman's Cygnus spacecraft to the International Space Station as part of the NASA program.

The launch came after a series of delays due to weather conditions this week and less than 24 hours after the launch was interrupted late Thursday evening (October 1) due to an issue with ground support equipment.

Northrop Grumman has a tradition of naming its next Cygnus spacecraft after people who have made significant contributions to the US space program. The NG-14 mission is dedicated to the memory of NASA astronaut Kalpana Chawla, the first woman of Indian descent to fly into space. Chawla was selected to participate in the Astronaut Program in 1994 and made her maiden flight in 1997 aboard the Columbia Space Shuttle (STS-87). In 2003, Kalpana Chawla, along with other crew members, was tragically killed during the STS-107 mission, when Columbia did not survive its return to Earth.

The spacecraft hosts the SharkSat payload created by Northrop Grumman, which includes scientific equipment, an experimental space toilet, food, equipment and other supplies for Expedition 63/64 astronauts living and working on the space station with this equipment the Saffire-V experiment will be performed.

SS Kalpana Chawla will remain on the ISS for approximately three months, after which it will set off with a cargo for disposal weighing about 3.7 tons.

For information: since 2009, YUZHMASH began work on the creation of the main structure of the first stage of the Antares launch vehicle. The enterprise manufactures the stage of the launch vehicle for cooperation with Ukrainian enterprises, including KB Yuzhnoye, Khartron-ARKOS, Kievpribor, Khartron-YUKOM, CHEZARA, RAPID.