Horishni Plavni remain the leader among cities with large industrial enterprises in terms of the purity of the atmosphere, the worst situation in Mariupol, Kamensky and Odessa is the Central Geophysical Observatory of Ukraine. 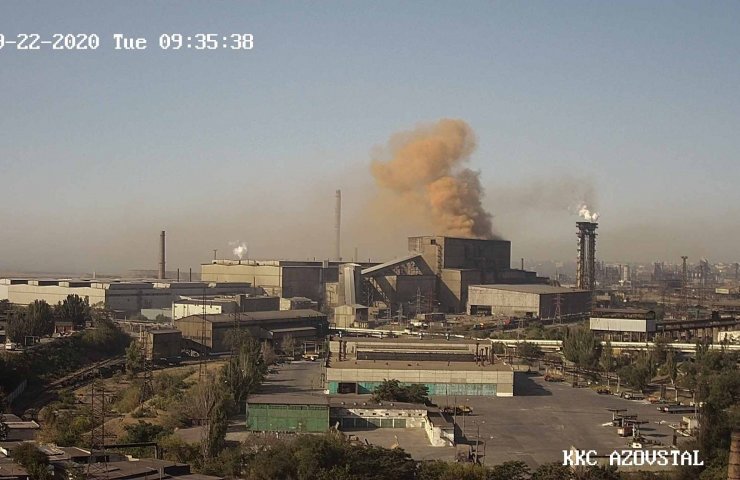 Mariupol is the leader among Ukrainian industrial cities in terms of the Integrated Air Pollution Index (KIZA), which takes into account the degree of atmospheric air pollution by five priority pollutants.

According to the Central Geophysical Observatory (CGO) named after B. Sreznevsky, the level of air pollution in Mariupol is 14.3, which is 10 times higher than the atmospheric pollution index of the "cleanest" industrial city of Ukraine - Horishny Plavnyi.

"The very high and high level of air pollution was mainly due to significant average concentrations of formaldehyde, nitrogen dioxide, phenol, hydrogen fluoride, carbon monoxide, suspended substances," - stated in the study of the CHO.

The Central Geographical Society indicates that, compared to last year, in 16 cities there was a decrease in the level of atmospheric air pollution (according to KIZA), most noticeably - in Dnipro, Nikolaev, Lutsk (up to 6.4) and Lisichansk (up to 5.0 ).

At the same time, the level of pollution has increased in eight cities, most noticeably in Kremenchuk (up to 7.1) and Cherkassy.

Assessment of the state of atmospheric air pollution in the cities of Ukraine was carried out according to observations in 39 cities at 129 stationary posts of the state monitoring system of the hydrometeorological service. The content of 22 pollutants was determined in the atmosphere.

Recommended:
The Ministry of Energy of Ukraine presented a project for the transformation of the coal industry
Westinghouse and Energoatom signed a contract for the supply of nuclear fuel for the VVER-440 reactors of the Riven NPP
International Steel Committee says gloomy outlook for market
On this topic
France and Ukraine to launch the project to upgrade drinking water supply system in the city of
"ArcelorMittal Kryvyi Rih" supplies metal products for the construction of a bridge across the
"ArcelorMittal Krivoy Rog" has upgraded the system of monitoring of atmospheric air
Tender announced for construction of two bridges across the Dnieper in Zaporizhia
Mariupol ' plant of the boiler.Lenin took first place in the TOP 20 pollutants of Ukraine
The dirtiest air in Ukraine in the Dnieper
Add a comment
Сomments (0)
News Analytics
Components and spare parts for Dong Feng cars24-10-2020, 20:52
Steel production in September 202023-10-2020, 17:21
Innovative matrix headlights on the Audi E-Tron19-10-2020, 22:43
Tensions rise between China and Australia over commodity trade14-10-2020, 18:15
The European Union confirms its intention to introduce a border tax on carbon13-10-2020, 13:20
Dolomite powder market to reach USD 33.44 billion by 202705-10-2020, 12:33
Iron ore prices to surpass six-year high soon16-09-2020, 10:32
World Oil Demand Peak May Be Over - BP15-09-2020, 09:05
China expands car market capacity by increasing demand for steel and metals11-09-2020, 10:56
Prices continue to rise in the long and flat steel markets08-09-2020, 14:25
Sign in with: