The European Iron and Steel Association Eurofer insists on the introduction of the so-called "carbon" tax (Carbon Border Adjustment Mechanism) with a simultaneous extension of the issuance of free permits (quotas) for CO emissions 2 for European metallurgists for 8 years. 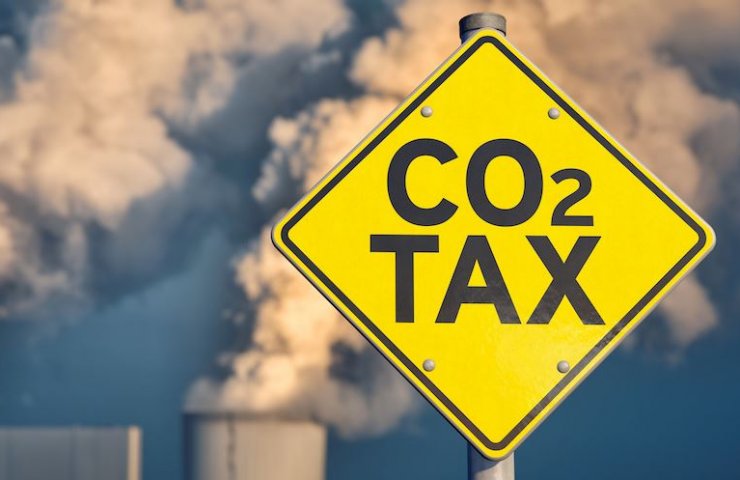 On March 24, at a meeting of the Cabinet of Ministers, a resolution was adopted "On the establishment of a working group to agree on an approach to the application of a carbon correction mechanism at the border in Ukraine for consultations with the European Commission." The document forms the composition and approves the regulations on the corresponding working group.

The Ministry of Economy recalled that the Carbon Border Adjustment Mechanism (CBAM) has been identified as a key element of the European Green Deal. The introduction of such a mechanism at the EU level will increase the cost of importing products that produce CO 2 emissions. This will have a significant impact on the energy and industry of Ukraine.

“In our opinion, the legal regime of the Association Agreement between Ukraine and the EU makes it impossible to apply the carbon adjustment mechanism to Ukrainian goods. Taking this into account, the government adopted a resolution on the creation of a working group that will interact with the European Commission on the application of the border carbon correction mechanism to Ukraine, ”said Deputy Minister of Economy Taras Kachka.

Based on the results of the work of the working group, it is expected to develop a consolidated position of the Ukrainian side on the approach to applying the carbon adjustment mechanism.

The ministry insists that any mechanism for adjusting carbon at the border should not undermine the efforts of states under the Paris Agreement, and must also comply with WTO requirements. Any application of such mechanisms in trade should take place on the basis of a global consensus within the WTO and take into account all aspects of production, transportation and trade in goods that may be subject to such, the Ministry of Economy concluded.

Recall that on March 11, the European Parliament voted to introduce a carbon tax on the border. This mechanism will start working in 2023. For Ukraine, this mechanism will undoubtedly become a huge additional financial burden. According to the estimates of the Ukrmetallurgprom association, it will cost Ukrainian enterprises that export their products to the EU by more than half a billion euros annually. Moreover, the main burden will fall primarily on the metallurgical industry - it will cost it more than 350 billion euros.

“The Association Agreement between Ukraine and the EU implies a special partnership between the EU and Ukraine. This all creates grounds for the EU not to extend the Carbon Border Adjustment Mechanism to Ukraine. But for this to happen, Ukraine must have a clear unified position in the negotiations, "commented Oleksandr Kalenkov, Chairman of Ukrmetallurgprom.

Recommended:
Tesla's revenue doubles, allowing it to end the first quarter with a record profit
ArcelorMittal Kryvyi Rih announced the won court against the environmental community
Fitch Changes Metinvest Rating Outlook From Negative To Stable
On this topic
Metinvest will not announce plans to achieve carbon neutrality yet
Ukraine expects difficult negotiations on trade in metal products as part of the renewal of the
Metinvest intends to invest another $ 413 million in environmental projects in Ukraine
Yuzhmash told whether it is possible to launch reusable rockets from the Black Sea
How the reform of the electricity market in Ukraine can lead to a collapse and what to do about it
Zaporizhzhya Ferroalloy Plant highly appreciates Norwegian technologies
Add a comment
Сomments (0)
News Analytics
GFG Alliance lists French steel mills for sale12-05-2021, 11:37
Ukroboronprom approved a roadmap for overcoming the crisis of Kharkiv Aviation12-05-2021, 10:30
For 4 months of 2021, freight traffic on the Dnieper increased by 1.2 million12-05-2021, 10:41
Energomashspetsstal plant shipped over a thousand tons of metal products to12-05-2021, 10:18
Half of US states declare a state of emergency due to fuel shortages12-05-2021, 09:58
The current state of the market is ideal for the sale of rolled steel - IREPAS04-05-2021, 18:41
Global hydrogen demand to grow 7-fold by 2070 - PwC21-04-2021, 12:31
World Steel Association predicts a good year for metallurgists15-04-2021, 18:19
World Steel Association defines green steel and its variations12-04-2021, 13:14
China unlikely to cut steel capacity in 2021 due to high steel prices07-04-2021, 12:11
Sign in with: