The dirtiest air in Ukraine in the Dnieper

According to the Central Geophysical Observatory. Boris Sreznevsky city on the Dnieper "overtook" such industrial cities of Ukraine as Mariupol, Zaporozhye and Krivoy Rog in air pollution. 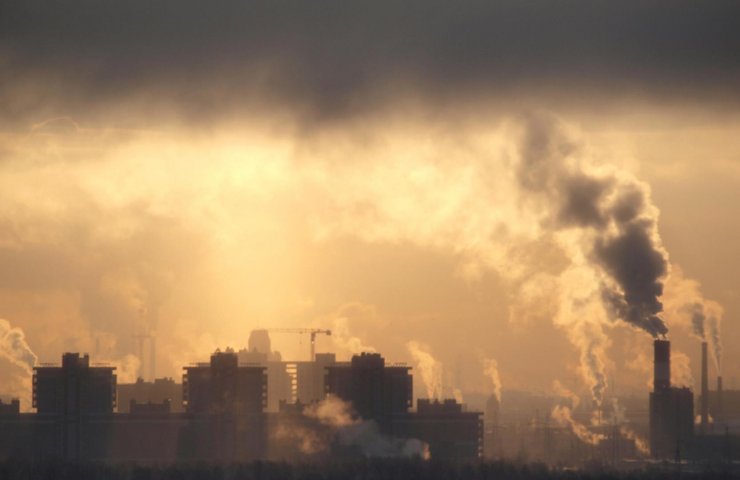 According to the Central Geophysical Observatory. Boris Sreznevsky assessment the state of atmospheric air pollution in the cities of Ukraine during the first half of 2019 was carried out according to observations in 39 cities at 129 stationary posts of the state monitoring system of the hydrometeorological service.

In general, for Ukraine in the first half of 2019, the average concentrations of harmful substances according to data from the cities where the observations were carried out exceeded the average daily maximum allowable concentration (GDCs) for formaldehyde - 2.3 times, for nitrogen dioxide - 1 , 5 times; the phenol content has reached the level of 1.0 GDCs.d.

Compared to the same period last year in 8 cities of Ukraine, the level of atmospheric air pollution increased - most of all in the Dnieper, Mariupol, Nikolaev, Krivoy Rog, Kherson, which is mainly due to significant average daily concentrations of formaldehyde, nitrogen dioxide, phenol, hydrogen fluoride, carbon monoxide, suspended solids (dust).

According to the Integrated Air Pollution Index (hereinafter - IPA), which takes into account the degree of atmospheric air pollution by five priority pollutants, a very high level of pollution in the first half of 2019 was observed in Dnipro and Mariupol, high - in Odessa, Nikolaev, Kamenskoye, Krivoy Horn, Kherson, Kiev, Lutsk, Zaporozhye, Rubizhne, Kramatrosku, Lisichansk.

Recommended:
ArcelorMittal increases prices for rolled metal in Europe for the fifth time in three months
The Ministry of Energy, Energoatom and Hotmine discussed the construction of mining farms at Ukrainian nuclear power plants
Tesla ends year with a profit for the first time in history, but investors are disappointed
On this topic
Qatar will help Ukraine with recycling waste into energy
Rent rate for subsoil in Ukraine will be increased to the world average
Gas as a weapon of Russia's hybrid war: how to deal with it?
Integrated border management strategy approved in Ukraine
ArcelorMittal Kryvyi Rih denies SBU statements on exceeding the maximum radiation level
Zaporizhstal reduced the production of iron and steel
Add a comment
Сomments (0)
News Analytics
Georgia's economy shrinks by 11.5% in January26-02-2021, 21:21
Ukraine retained its position in the world ranking of steel producers and rose26-02-2021, 15:52
ArcelorMittal has raised prices for galvanizing for the European market to 90026-02-2021, 13:23
The European Commission initiated a new investigation on steel imports to26-02-2021, 13:22
A rally of workers of the stopped shipyard was held in Mariupol26-02-2021, 12:34
Increase in prices is forecasted in the markets of steel raw materials -26-02-2021, 09:25
Troy ounce of gold will drop $ 500 in two years - Fitch25-02-2021, 18:29
Global iron ore production growth to outstrip cumulative production in India23-02-2021, 10:22
Fitch Ratings Warns of “Shocking Impact” on Fossil Fuel Exporters18-02-2021, 14:44
Raw material prices rise by about 10.5% in January 2021 - Deutsche Industriebank12-02-2021, 10:48
Sign in with: