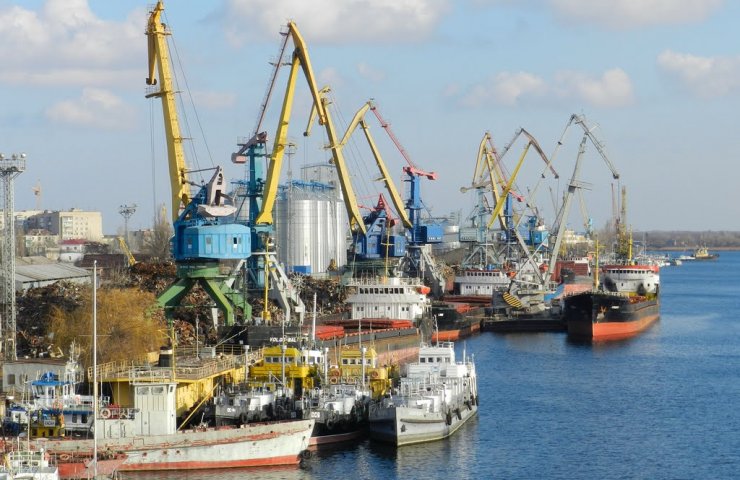 There are a lot of problems that officials create and contribute to the fact that the water transport of Ukraine was and remains uncompetitive in relation to road and rail modes of transport, says informational message NIBULON company.

Among other things, the company noted super-high port dues for ship calls to the ports of Nikolaev and Kherson.

The company also said that the development of Ukrainian shipping is hindered by the excessive tax burden on water transport, the creation of competitive advantages for ships with a foreign flag, and the unwillingness of officials to continue river navigation during favorable weather conditions.

“This is just a small part of the real problems that we and other Ukrainian companies have to face every day. Some of these draconian conditions, some people's deputies, officials are trying to consolidate in the anti-state draft law "On Inland Water Transport", audaciously ignoring the interests of the state of Ukraine, honest Ukrainian business and Ukrainian citizens, "NIBULON said.

In addition to transportation by water transport, NIBULON is a shipbuilding and ship repair plant, a completely modern enterprise, which is almost the only one in Ukraine that builds complete ships. It specializes in the construction of ships and floating crafts up to 140 meters in length. All work is carried out on its own - from cutting metal rolling to the manufacture of furniture, insulating and painting works, commissioning of electrical and automation equipment, pipeline, hull, mechanical and locksmith works and technological support. The company is engaged in ship repair and design work.

Recommended:
Reform of the coal industry in Ukraine will be "gradual and balanced"
An electrostatic precipitator from the Czech company ZVVZ-Enven Engineering is installed at Severny GOK
Donetsk region of Ukraine lost 422 million foreign exchange earnings due to falling steel exports
On this topic
The company "NIBULON" will build five border patrol boats for Ukraine
Yuzhmash told whether it is possible to launch reusable rockets from the Black Sea
How the reform of the electricity market in Ukraine can lead to a collapse and what to do about it
The tax claims to metallurgists for transactions with scrap metal is absurd – the President
In Singapore for the debts of the arrested "Sevastopol"
Belarus to restore river navigation with Ukraine
Add a comment
Сomments (0)
News Analytics
SE "VostGOK" promises to pay off wage arrears by the end of next week27-11-2020, 22:39
Ukraine is losing leadership in the EU rapeseed import market due to the27-11-2020, 18:50
Italian steel plant - largest in Western Europe - launches blast furnace27-11-2020, 17:00
Tesla will recall more than 10,000 cars with defective roof and steering wheel27-11-2020, 16:13
How much will steel prices in the United States "jump" upwards and what are the27-11-2020, 16:23
European Union scrap collectors worried about possible export restrictions18-11-2020, 10:41
Occupational diseases of workers in the extractive industry: types and ways to16-11-2020, 17:49
Eurofer expects recovery in EU steel demand05-11-2020, 09:47
Hot rolled carbon steel demand will continue to grow by 4% pa until 203004-11-2020, 16:14
Platts Steel Trade Review: China Will Decide Asia's Fate30-10-2020, 10:04
Sign in with: