Against the background of the actually open market of Ukraine for the import of goods, manufacturers in 2020 did not receive affordable finance, equal conditions for investment in production. 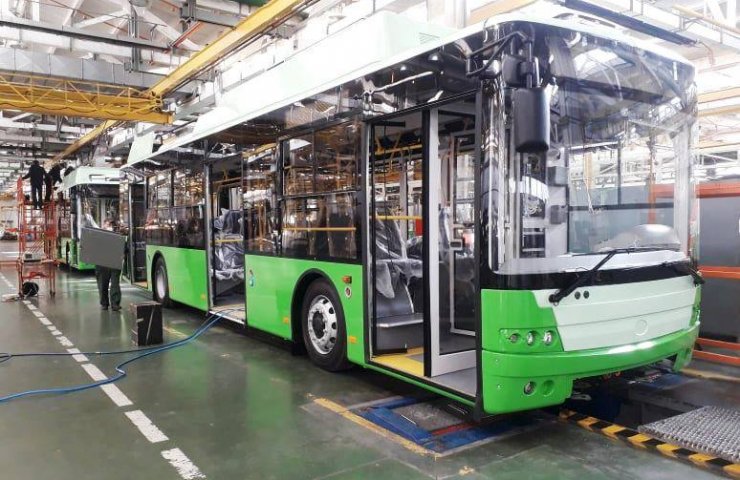 2020 did not become a year of development and implementation of innovations, but rather turned into a period of attempts to maintain the level of production and preserve production potential, the press service of the Bogdan Motors automobile company said, summing up the results of the first three months of this year.

“The challenges that appeared this year put the World in a completely new negative system of coordinates and could not but affect the state of the Bogdan Motors companies,” the company noted.

At the beginning of the year, Oleg Gladkovsky's company announced its intention to lay off about 600 employees due to the lack of orders for military equipment, which was previously manufactured at the State Enterprise "Auto Assembly Plant No. 2" in Cherkassy.

"If in previous years the Ukrainian military ordered hundreds of vehicles, then in 2020 the list of purchased vehicles barely reached 50 units, while the Cherkasy plant, for formal reasons, was not allowed to participate in these tenders," they said in Bogdan Motors ".

The competitive inequality of the Ukrainian manufacturer in comparison with foreign manufacturers of automotive equipment did not contribute to the development of production. Against the background of a virtually open market for the import of goods, manufacturers in 2020 did not receive affordable finance, equal conditions for investment in production, so the optimistic development plan, unfortunately, remains just a plan.

As noted in the company, some hope for Bogdan Motors is given by legislative initiatives, which are embodied in the draft laws No. 3739 on localization of production in public procurement and No. 3476 and 3477 on the development of electric transport in Ukraine. But their advancement in the Verkhovna Rada is not at all in turbo mode.

Despite the slowness of the implementation of the ideas of ecological electric transport in Ukraine, the Lutsk Automobile Plant has already begun work on the creation of a new electric bus "Bogdan", which will be equipped with lithium-ion traction batteries, which will provide a cruising range of at least 200 km without recharge.

The main efforts of the company are focused on the manufacture of modern public transport. Now the process of implementation of contracts for the supply of modern comfortable trolleybuses to Lutsk, Kharkov, Poltava, Sumy and Kherson is underway. And in the spring of this year, 10 modern buses "Bogdan A70132" went to Ivano-Frankivsk.

The implementation of large-scale public transport projects for Ukrainian cities became possible thanks to the cooperation of Bogdan Motors with local authorities within the framework of the Urban Public Transport in Ukraine project, financed by the European Bank for Reconstruction and Development and the European Investment Bank.

Subsidiary enterprise "Automobile assembly plant No. 1" JSC "AK" Bogdan Motors "actively cooperates with local authorities in order to ensure equal conditions of access for quality education for all schoolchildren. So, this year, school buses produced by the Lutsk "Auto Assembly Plant No. 1" were also purchased for the needs of students from Volyn, Ternopil and Rivne regions.

According to the results of 9 months of 2020, Bogdan Motors paid more than 122 million hryvnia in taxes and other deductions to the budget of all levels.

Recommended:
BMW orders 43,000 tonnes of green aluminum in Emirates in a race for zero emissions
Chinese probe "Tianwen-1 " entered orbit around Mars
A program to develop a heavy shock-reconnaissance drone has started in Ukraine
On this topic
The Bogdan Motors team appealed to the People's Deputies of Ukraine
Yuzhmash told whether it is possible to launch reusable rockets from the Black Sea
Gladkovsky, the Corporation "Bogdan motors" is not going to capitulate
AK "Bogdan motors" has received a lawsuit from the Prosecutor General of Ukraine and intends to
Automobile plant "Bogdan motors" has successfully passed the audit of quality management system
"Bogdan motors" has put APU in a new batch of trucks, "Bogdan-63172" (Video)
Add a comment
Сomments (0)
News Analytics
MMK them. Ilyich purchased electricity from Energoatom for 26 million hryvnia25-02-2021, 13:12
Metinvest invested UAH 2.6 billion in environmental projects of Ingulets GOK25-02-2021, 13:59
China sets new record for daily steel production during February weekend25-02-2021, 13:36
A program to develop a heavy shock-reconnaissance drone has started in Ukraine25-02-2021, 12:09
South African authorities recognize mineral resource management as a constraint25-02-2021, 10:51
Global iron ore production growth to outstrip cumulative production in India23-02-2021, 10:22
Fitch Ratings Warns of “Shocking Impact” on Fossil Fuel Exporters18-02-2021, 14:44
Raw material prices rise by about 10.5% in January 2021 - Deutsche Industriebank12-02-2021, 10:48
JP Morgan Analysts Announce New Super Growth Cycle in Commodities11-02-2021, 17:56
S&P Global Platts predicts first drop in domestic steel demand in China in 510-02-2021, 12:26
Sign in with: