Hydrogen steel is 60 percent more expensive. Will it pay off? 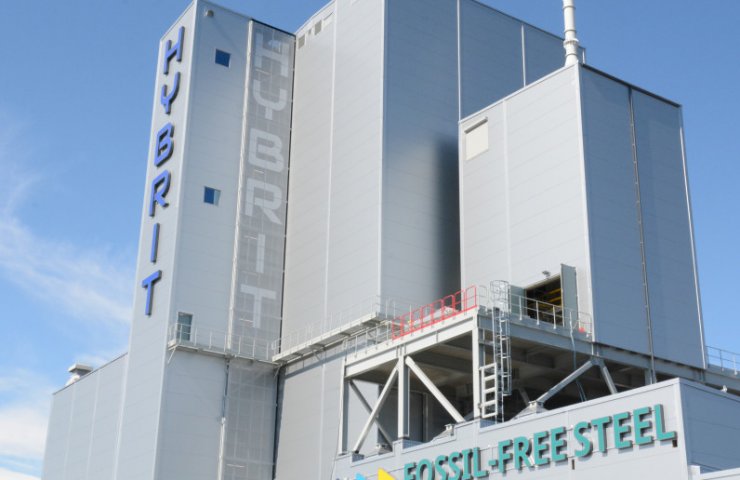 Blast furnaces will disappear from Europe and will be replaced by direct reduction - without the use of coke. European steel mills are building pilot plants, predicting production of hundreds of tons in the middle of this decade and mass production in the next. Meanwhile, in the world, 100 million tons of steel are produced in this way. Are we destroying an open door?

In a nutshell, the production of steel from iron ore is the removal of oxygen molecules from iron oxide, that is, iron ore. Today, the most common reducing agent is coal produced in a blast furnace from coke and, in direct reduction from natural gas, from hydrocarbons. This is the problem - the costs are too high for most countries. Much cheaper to produce from coke. According to ArcelorMittal, direct reduction steel using hydrogen costs up to 60 percent more to produce.

In terms of DRI direct recovery, Iran is by far the most important producer, fortunate enough to have resources of high quality iron ore and natural gas. It is true that DRI is only in second place in terms of production, but in the case of this country, almost all steel produced by this method is produced.

Last year, Iran produced 30 million tons of DRI steel. In India (34 million tonnes from DRI), this is roughly one in three tonnes - this country produced 99.6 million tonnes of steel in 2020. The leading countries using DRI are, first of all, countries with large reserves of their own natural gas. Russia, Iran, Qatar, Saudi Arabia and the United Arab Emirates are among the five countries with the world's largest natural gas reserves.

Of course, Europe is reluctant to talk about reducing emissions through the use of natural gas, because it also emits CO2; it is preferable to use hydrogen, because then during the reduction of iron oxide, not iron and carbon oxides are formed, but iron and oxygen dihydrate, in other words ... water.

A project called Hybrit is being implemented by steel company SSAB, energy company Vattenfall and ore supplier LKAB. Industrial production at the Oxelsund smelter is not expected to begin until 2026.

Финансовая аналитика, прогнозы цен на сталь, железную руду, уголь и другие сырьевые товары. More news and analytics on Metallurgprom telegram channel - subscribe to get up-to-date market information and price forecasts faster than others.
Сomments
Add a comment
Сomments (0)
On this topic
Ukrainian hydrogen for Europe: an image of the future or a soap bubble?
Is it possible to replace Russian gas in the Ukrainian GTS with "green" hydrogen?
Yuzhmash told whether it is possible to launch reusable rockets from the Black Sea
Specialists of the Chinese company CISDI will spend three months at ArcelorMittal Kryvyi Rih
Russia did not mind replacing natural gas with hydrogen in Ukrainian transit in 2035
Azovstal will ship 60 tons of oxygen to Kiev hospital to fight coronavirus
Recommended:
Ferroalloy enterprises of Ukraine in total reduced output by 24.9%
The global steel industry will face its worst quarter since the 2008 crisis
The European Parliament tightened the requirements for the Frontier Carbon Adjustment Mechanism CBAM
News Analytics
The United States refused to impose duties on Russian metals and increase02-07-2022, 09:05
Daimler Truck began testing Actros tractor on liquid hydrogen02-07-2022, 08:54
Volvo invests $1.25 billion to build electric vehicle plant in Slovakia01-07-2022, 18:17
Swedish court authorizes construction of steel mill for the first time in 5001-07-2022, 11:09
AvtoVAZ plans to produce at least 400,000 vehicles in 202301-07-2022, 11:29
High iron ore shortage could halt metallurgy's green transition28-06-2022, 14:02
Price volatility hits global steel market27-06-2022, 19:28
Recovery in China could be key to rising global steel prices - MEPS24-06-2022, 14:00
Conflict in Ukraine spurs Europe's drive for clean energy03-06-2022, 12:14
US steel market sentiment becomes more price neutral05-05-2022, 10:15
Sign in with: