On October 13, the Shevchenkivskyi District Court of Kiev, by its decision, granted permission to the Security Service of Ukraine to conduct a search in ArcelorMittal Kryvyi Rih. 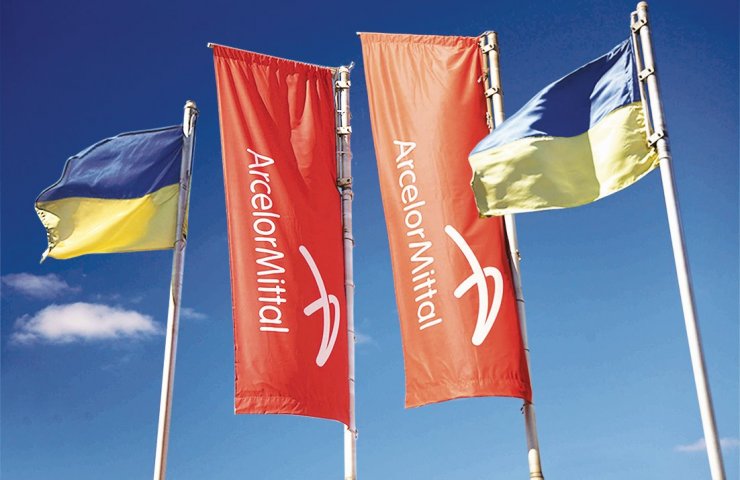 The decision of the Shevchenkovsky District Court of Kiev indicates that criminal proceedings against officials of the largest metallurgical enterprise in Ukraine "ArcelorMittal Kryvyi Rih" were opened on the basis of a number of criminal offenses. According to Artem Filipiev, Deputy Director General for Legal Affairs, Interaction with Government Bodies and Communications, they can be conditionally divided into several groups: "corruption" (abuse of power), crimes in the field of economic activity (tax evasion, property laundering), crimes against public safety (terrorist financing).

“Of all the incriminated criminal offenses, only one belongs to the jurisdiction of the Security Service of Ukraine - the financing of terrorism. The question arises. Is it possible to assume that such a colorful bouquet of criminal articles appeared solely so that the investigation of the case was carried out by the SBU, which would not have such a legal right under other conditions? ”- asks the deputy director of ArcelorMittal Kryvyi Rih.

According to Filipiev, ArcelorMittal is deeply concerned about the incrimination of committing a crime under such a high-profile article as "financing of terrorism."

“Creation of terrorist groups or financing of an individual terrorist is possible only with direct intent, with an awareness of the criminality of their actions and their consequences. This clearly contradicts the plans of the largest investor in this country, a responsible taxpayer and law-abiding international business. Along with other accusations that we learned about from the ruling of the Shevchenkovsky District Court, this poses a threat to significant reputational risks for the company. Of course, we are ready for serious protection of our business reputation. However, I am sure that the very fact that we have to defend ourselves in a situation where there are no agreed tax obligations is very indicative for the business community. One case is more eloquent than the thousands of words that politicians traditionally proclaim about the country's openness to investment and international business, ”said the top manager of the enterprise.

Recommended:
Chinese drilling probe successfully completed exploration on the Moon
German-Danish company refused to certify Nord Stream 2 due to the threat of US sanctions
General Motors will hire 3,000 new employees
On this topic
A decrease in business activity is observed in the regional markets for metallurgical products
Ukraine accepted the offer of the Mask on the free ventilators
Energomashspetsstal will produce on the order of General Electric two qualifying billet
The operator of the gas transport system of Ukraine has concluded agreements with all connecting
Railways in 2020 will buy the 40 locomotives General Electric
Ukraine showed the Chinese company the investment potential of "clean " energy
Add a comment
Сomments (0)
News Analytics
Asteroid Ryugu capsule lands successfully in Australia05-12-2020, 22:30
British space experiment will bring commercial extraction of minerals on the05-12-2020, 21:21
France to build 1 GW offshore wind farm in Normandy05-12-2020, 20:24
Akademik Chersky arrives at the Nord Stream 2 pipe-laying site05-12-2020, 12:17
18 people die after carbon monoxide leak in China coal mine05-12-2020, 11:00
European Union scrap collectors worried about possible export restrictions18-11-2020, 10:41
Occupational diseases of workers in the extractive industry: types and ways to16-11-2020, 17:49
Eurofer expects recovery in EU steel demand05-11-2020, 09:47
Hot rolled carbon steel demand will continue to grow by 4% pa until 203004-11-2020, 16:14
Platts Steel Trade Review: China Will Decide Asia's Fate30-10-2020, 10:04
Sign in with: