In Sumy region, more than a billion euros are invested in the construction of wind turbines with hydrogen production. 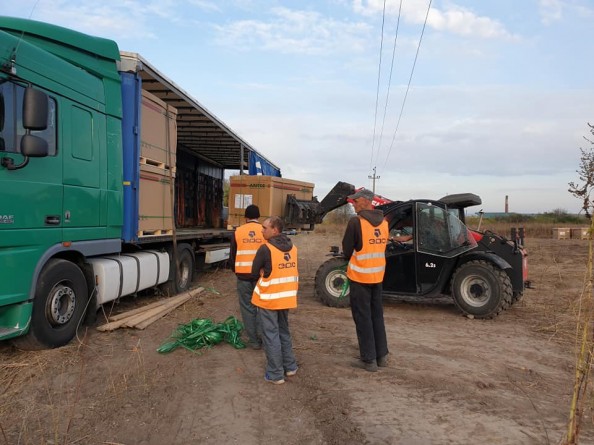 German investors plan to invest over a billion euros in a wind turbine plant in Belopolye to produce "green" hydrogen. According to investors, this will be a modern production facility. Wind turbines will produce up to 2 tons of hydrogen per hour.

“Germany has nominated Ukraine as its strategic partner for the production and export of hydrogen. And Belopillya has excellent infrastructure, there is a railway, so there is an opportunity to organize the export of hydrogen abroad, "said Olaf Knappé, a member of the Administrative Council of the ESE Invesment AG Investment Fund (Principality of Liechtenstein).

German investors have planned a closed production cycle, so they also want to produce equipment for wind turbines in the Sumy region - in Krolevtsi. Such equipment, namely blades for generators, will be used both for the needs of the region and for export.

In addition, during the meeting they discussed the possibilities of producing modern batteries, lamps for street lighting, buses, hydrogen is used instead of fuel, etc.

“We provide funding, our technologies - from you only organizational issues, assistance in obtaining appropriate permits, etc.,” added Mr. Olaf.

The Germans are planning to build a solar power plant in Trostyanets; in Shostka and Krolevtsi - bioelectric power plants, creating 100 jobs.

According to the mayor of Trostyanets, preparatory work has already begun for the construction of a solar station on an area of ​​9 hectares. German investors are already bringing solar panels to the site. 32 trucks of cargo in total. In a matter of days, about 50 workers will start work.

Recommended:
US to impose sanctions against Nord Stream 2 by the end of the year
Biden's trade policy will target China: steel and aluminum tariffs remain
General Director of Yuzhnoye Design Bureau dies of coronavirus
On this topic
Ukrainian gas transmission system tested for hydrogen pumping capacity
Yuzhmash told whether it is possible to launch reusable rockets from the Black Sea
Air Products and Tyssenkrupp will work together to sell "green" hydrogen
How the reform of the electricity market in Ukraine can lead to a collapse and what to do about it
Stopped nuclear power plants and mines. What's going on in the energy sector of Ukraine?
In Kharkov, the metro station "Moskovsky Prospekt" was renamed into "Turboatom"
Add a comment
Сomments (0)
News Analytics
Asteroid Ryugu capsule lands successfully in Australia05-12-2020, 22:30
British space experiment will bring commercial extraction of minerals on the05-12-2020, 21:21
France to build 1 GW offshore wind farm in Normandy05-12-2020, 20:24
Akademik Chersky arrives at the Nord Stream 2 pipe-laying site05-12-2020, 12:17
18 people die after carbon monoxide leak in China coal mine05-12-2020, 11:00
European Union scrap collectors worried about possible export restrictions18-11-2020, 10:41
Occupational diseases of workers in the extractive industry: types and ways to16-11-2020, 17:49
Eurofer expects recovery in EU steel demand05-11-2020, 09:47
Hot rolled carbon steel demand will continue to grow by 4% pa until 203004-11-2020, 16:14
Platts Steel Trade Review: China Will Decide Asia's Fate30-10-2020, 10:04
Sign in with: