Ukrzaliznytsia transported a record 895 thousand tons of cargo per day 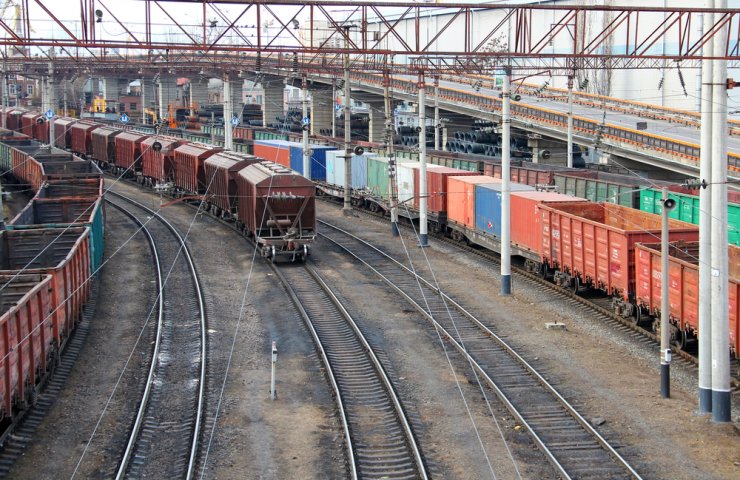 Ukrzaliznytsia increases the volume of load. In particular, 895 thousand tons of cargo were transported yesterday, October 30, 2020. This was announced by the chairman of the board of the company Vladimir Zhmak in his telegram channel.

“Over the past day, we have transported a record 895 thousand tons of cargo and are confidently moving towards the mark of one million tons,” wrote Vladimir Zhmak.

As previously reported, the management of Ukrzaliznytsia improved the operating activities of the company, due to which the volume of cargo increased. In particular, the deficit of locomotives was eliminated by lengthening the service arms, improved dispatching, organized route dispatch, etc.

Recommended:
The Ministry of Energy of Ukraine initiates the creation of the Decarbonization Fund
Ukraine can completely replace gas imports and save billions of dollars on it - State Energy Efficiency
German parliament officially recognizes elections in Belarus as rigged
On this topic
The transformation of coal regions will have a significant impact on the entire economy of Ukraine
The European Union has opposed the adoption of Ukraine's law on localization of production
Ukrzaliznytsia developing a strategy for the development of multimodal transport
DSS supported the idea of localization of production in Ukraine electric locomotives
"Zaporizhstal" was visited by a member of the Board of JSC "Ukrzaliznytsya" Frank buresh
In Paris to discuss the implementation details of a water supply project of Mariupol
Add a comment
Сomments (0)
News Analytics
Hydrogen trains in Austria received approval for operation on passenger lines01-12-2020, 19:01
Metinvest is recognized as one of the most sustainable companies in Ukraine01-12-2020, 18:38
Nord Stream 2 will complete construction of the Russian ship Akademik Chersky -01-12-2020, 17:49
Russia did not mind replacing natural gas with hydrogen in Ukrainian transit in01-12-2020, 15:55
Rostec quadrupled the engine resource for the Yak-13001-12-2020, 15:35
European Union scrap collectors worried about possible export restrictions18-11-2020, 10:41
Occupational diseases of workers in the extractive industry: types and ways to16-11-2020, 17:49
Eurofer expects recovery in EU steel demand05-11-2020, 09:47
Hot rolled carbon steel demand will continue to grow by 4% pa until 203004-11-2020, 16:14
Platts Steel Trade Review: China Will Decide Asia's Fate30-10-2020, 10:04
Sign in with: