The company expects that in November there will again be positive sales dynamics due to the growth in demand within Ukraine. 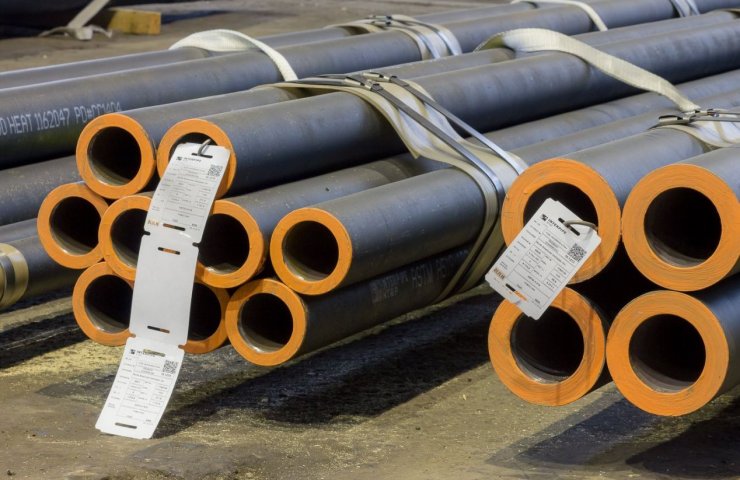 The Ukrainian industrial company Interpipe of billionaire Viktor Pinchuk reported a sharp decline in sales of pipe products in October 2020. Compared to September, when the company recorded a 40.8% increase in sales, in October they decreased by 30.2% to 34.4 thousand tonnes amid the lack of supplies of oil and gas pipes to the MENA region and weak demand for these products in the US market.

This monthly decline is expected to roll out in November, including on the back of higher sales in Ukraine, as evidenced by a 7.9% increase in October production versus September.

Sales volumes of railway products in Interpipe in October slightly decreased by 4.5% to 15.4 thousand tons compared to September amid weak demand from Ukrainian railcar manufacturers, which was offset by an increase in sales of wheelsets in the EU and wheels in countries of the CU region.

Recommended:
How much will steel prices in the United States "jump" upwards and what are the reasons for this?
Indian government launches third round of stimulus measures totaling Rs 1.2 trillion
Ukrzaliznytsia invests over UAH 26 billion in infrastructure and rolling stock
On this topic
Steel production in September 2020
Interpipe has reduced sales and production of pipes by 25% and 32% respectively
Interpipe has begun deliveries of OCTG in Turkey
INTERPIPE in 2019. increased sales of railway wheels by 8% and reduced the implementation of pipes
Interpipe has improved its financial results due to growth in demand for railway products
Mechanical engineering remains the locomotive of industrial production growth in the Donetsk region
Add a comment
Сomments (0)
News Analytics
Hydrogen trains in Austria received approval for operation on passenger lines01-12-2020, 19:01
Metinvest is recognized as one of the most sustainable companies in Ukraine01-12-2020, 18:38
Nord Stream 2 will complete construction of the Russian ship Akademik Chersky -01-12-2020, 17:49
Russia did not mind replacing natural gas with hydrogen in Ukrainian transit in01-12-2020, 15:55
Rostec quadrupled the engine resource for the Yak-13001-12-2020, 15:35
European Union scrap collectors worried about possible export restrictions18-11-2020, 10:41
Occupational diseases of workers in the extractive industry: types and ways to16-11-2020, 17:49
Eurofer expects recovery in EU steel demand05-11-2020, 09:47
Hot rolled carbon steel demand will continue to grow by 4% pa until 203004-11-2020, 16:14
Platts Steel Trade Review: China Will Decide Asia's Fate30-10-2020, 10:04
Sign in with: