In the first half of the year industrial company in Ukraine Victor Pinchuk suffered significant losses due to the outbreak of coronavirus, resume duties on wheels in Russia and falling oil production around the world. 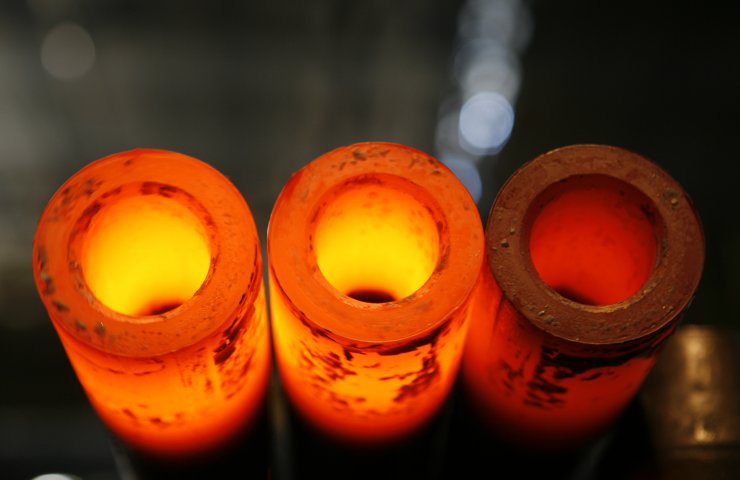 Sales of pipe products in June 2020 Interpipe remained vulnerable and susceptible to negative effects of the pandemic COVID-19 and the global oil crisis, says the company.

sales of OCTG recovered slightly (9.7% the previous month) on higher deliveries to Turkey, while sales in other regions declined.

"the price of oil, as well as the balance of supply and demand showed a positive trend during June, but the demand for OCTG in the United States and other regions far from recovery, and the markets remain depressed," - said Interpipe.

In the first half of 2020, Ukrainian OCTG sales fell to 55.8% compared to the same period last year (APPG).

sales linear (ordinary) pipe remained at the level of 2019 due to the constantly weak demand, but with some signs of recovery in the US and MENA

sales of mechanical (hydraulic) pipes for June has doubled on higher demand from Ukrainian and Belarusian customers, as an increasing number of equipment manufacturers have resumed work after blocking.

sales of railway products dropped sharply (42.8% compared with may) after recovery from input 34,22% anti-dumping duties in the Customs Union for railway wheels from Ukraine.

"in fact, private sales to the Customs Union fell by more than 13 times compared to the previous month, but a third of that fall was offset by increased sales of Ukrainian companies", - noted in the Interpipe.

Recommended:
Iran commissions a gold mine with a capacity of 3 tons per year
Ukrenergo in 2020 will receive less than 100 million hryvnia due to the law on "green" metallurgy
The Antimonopoly Committee of Ukraine returned to DCH a package of documents on Motor Sich PJSC
On this topic
Steel production growth at Metinvest plants in the first quarter amounted to 30%
INTERPIPE has improved its financial results for the 12 months 2019
Interpipe has begun deliveries of OCTG in Turkey
INTERPIPE in 2019. increased sales of railway wheels by 8% and reduced the implementation of pipes
Interpipe has reduced steel production in 2019 is 12%
Interpipe has improved its financial results due to growth in demand for railway products
Add a comment
Сomments (0)
News Analytics
Australia to help Europe diversify lithium imports22-09-2020, 14:28
State Energy Efficiency of Ukraine proposes to amend the law "On Public22-09-2020, 13:58
India's largest state-owned metallurgical company "doubled"22-09-2020, 13:23
Dnipro Metallurgical Plant successfully combats oxygen losses in networks22-09-2020, 12:17
BELAZ delivered three dump trucks to the Irkutsk Region22-09-2020, 12:21
Iron ore prices to surpass six-year high soon16-09-2020, 10:32
World Oil Demand Peak May Be Over - BP15-09-2020, 09:05
China expands car market capacity by increasing demand for steel and metals11-09-2020, 10:56
Prices continue to rise in the long and flat steel markets08-09-2020, 14:25
Difference between ferrous and non-ferrous metal28-08-2020, 13:45
Sign in with: