Azovstal is overhauling coke oven battery No. 1 as part of eco-modernization

During the repair, a complex of large-scale works is planned with the replacement of reinforcing equipment and restoration of the coke oven battery heating system. 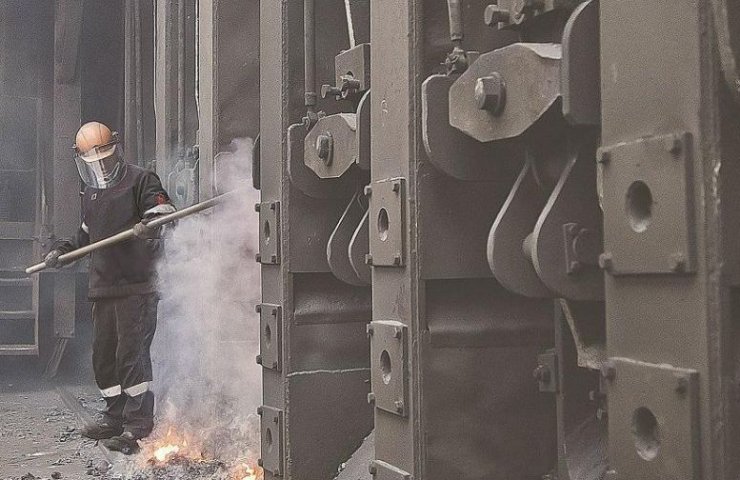 Dutch mining and metallurgical holding Metinvest B.V. (Metinvest Group) is implementing a complex of environmental projects in Mariupol for the reconstruction and modernization of production. One of them is in the coke shop of the Azovstal metallurgical plant.

The plant continues a large-scale dispersed overhaul of coke oven battery No. 1. As noted in the press service of Metinvest Group, the work is carried out without a complete shutdown of the metallurgical unit.

This project started in September 2018 and is being carried out in parts. The peculiarity of the repair lies in the fact that the specialists carry out the laying of bricks in conditions of high temperatures, since the refractory masonry of the adjacent walls does not cool below 700 ° C.

During the repair, a complex of large-scale works is planned with the replacement of reinforcing equipment and the restoration of the coke oven battery heating system. The equipment upgrade will reduce the burden on the environment and increase production reliability.

In addition, Azovstal is currently assembling a scrap-loading crane No. 19 of the converter shop. Now the bridge structure has already been fully assembled, a cart has been placed on it, on which a gearbox and engines are installed.

In the mixing department of the converter shop of the plant, work is also underway to install the body of the new MC-2500 mixer. Every day, at least 20 people are involved in the site, the work is carried out under strict control. The project is scheduled to be completed in April 2021.

Modernization of heavy industry enterprises should not only increase productivity, but also reduce the burden on the environment.

Since 2012, Metinvest Group companies have reduced emissions by a third. Over the past ten years, the group has invested hundreds of millions of dollars in environmental improvements of its enterprises, and even more large-scale projects are planned until 2025.

Recommended:
Yuzhmash admitted that a Ukrainian engine could be the reason for the failure of the Vega rocket launch
Russian government liquidates trade missions in Lithuania and Ukraine
A sharp rise in prices for diesel fuel is expected in Ukraine - Derzhzovnishinform
On this topic
Unique technology is being introduced at the metallurgical plant of Alexander Yaroslavsky
"ArcelorMittal Kryvyi Rih" has completed the overhaul of casting machine No. 4 blast furnace shop №
Metinvest invests in Avdiivka coke plant 280 million hryvnia
"Zaporozhkoks" implements the program of modernization of coke oven batteries
On "Azovstal" was taken from the reserve of the fourth blast furnace
Metinvest has suspended the Italian companies
Add a comment
Сomments (0)
News Analytics
Asteroid Ryugu capsule lands successfully in Australia05-12-2020, 22:30
British space experiment will bring commercial extraction of minerals on the05-12-2020, 21:21
France to build 1 GW offshore wind farm in Normandy05-12-2020, 20:24
Akademik Chersky arrives at the Nord Stream 2 pipe-laying site05-12-2020, 12:17
18 people die after carbon monoxide leak in China coal mine05-12-2020, 11:00
European Union scrap collectors worried about possible export restrictions18-11-2020, 10:41
Occupational diseases of workers in the extractive industry: types and ways to16-11-2020, 17:49
Eurofer expects recovery in EU steel demand05-11-2020, 09:47
Hot rolled carbon steel demand will continue to grow by 4% pa until 203004-11-2020, 16:14
Platts Steel Trade Review: China Will Decide Asia's Fate30-10-2020, 10:04
Sign in with: