The use of hydrogen technologies opens up opportunities for both the world and Ukraine for decarbonization of the main sectors of the economy, as well as for building a new industry and creating additional jobs. Emanuele Volpe, Director of Innovation at DTEK, said this at the Sustainable Energy Europe Summit. 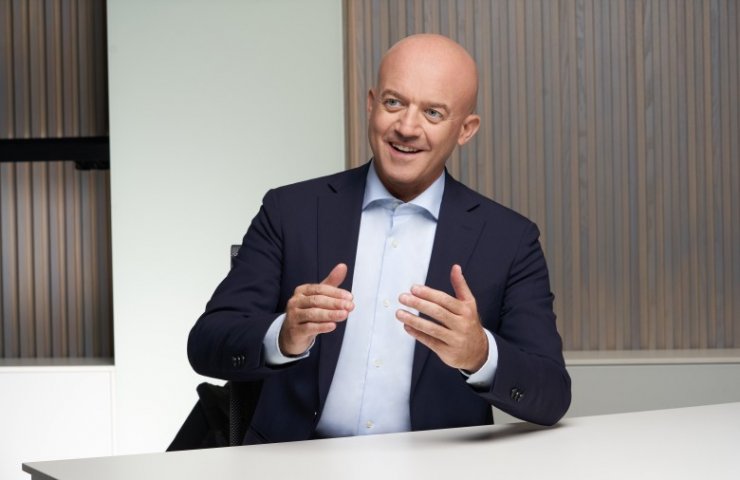 “The EU views hydrogen technologies as a strategic vector for economic development. The rapid development of this technology in the EU will have a significant impact on Ukraine. On the scale of our country, this technology and the infrastructure necessary for it can become a driving force for the development of already existing industries and the economy of Ukraine as a whole, ”E. Wolpe said. He recalled that, according to the previously announced plans, Europe expects from Ukraine 10 GW of electrolytic capacity, of which 2.5 GW is aimed at developing the local market and 7.5 GW - should ensure cross-border trade with the EU in the future for 2025. E. Wolpe stressed that decarbonization is part of the development strategy of DTEK, which has set itself an ambitious goal - to become a carbon neutral company by 2040

“In 2020, DTEK created a team to study the possibilities of using renewable hydrogen in existing industries. Now we are developing an in-depth feasibility study for cases of using hydrogen in transport, energy and industry, ”said DTEK's Director for Innovation. He also noted that DTEK became the first industrial company in Ukraine to become a member of the European Hydrogen Association. “This membership will give the company an opportunity to form a network of direct contacts with international partners interested in the development of the hydrogen economy both in Ukraine and around the world,” E. Wolpe said.

In his opinion, today it is too early to talk about the economic benefits of using hydrogen, it is rather a question of the environmental component, which is necessary to achieve common world goals for decarbonization. Despite this, companies around the world, including DTEK, are working to make renewable hydrogen competitive.

“DTEK is looking for appropriate business models and is ready to develop this area in partnership. It is also critically important to form a legal and legal framework that will regulate the development of the new market, and the active participation of all stakeholders is important here, ”emphasized DTEK's Director for Innovation.

Today, hydrogen technology is only entering the stage of mass application, so now there are no ready-made development scenarios, because everyone is experimenting, learning, including Ukraine, ”E. Wolpe believes. “And for sure, this is one of the unique cases when Ukraine does not lag behind other countries by 10 years. We are at about the same stage, although it is clear that we have less capital and the state can provide less support, but we are keeping pace with the times, ”summed up DTEK's innovation director.

The Sustainable Energy Europe Summit is Europe's premier sustainable energy event. This year, it runs online from 18-20 November and provides a platform for government officials and industry leaders to share the latest sustainable energy projects, initiatives and opportunities. The summit will feature the energy ministers of Germany, Great Britain, Denmark, Sweden, Portugal, as well as more than 300 market leaders.

Recommended:
Russia and Ukraine managed to do without Belarus in matters of direct coal supplies
Luxembourg sets up European space mining center
Russian official resigned from the government and bought the Kalashnikov arms concern
On this topic
Decarbonization of the Ukrainian energy sector is a practical step within the framework of European
Robots are watching Rinat Akhmetov's workers in Vinnytsia region of Ukraine
DTEK joined the European initiative on transition to hydrogen fuel
How the reform of the electricity market in Ukraine can lead to a collapse and what to do about it
Stopped nuclear power plants and mines. What's going on in the energy sector of Ukraine?
Gas as a weapon of Russia's hybrid war: how to deal with it?
Add a comment
Сomments (0)
News Analytics
The State Environmental Inspection will not allow disrupting the terms of29-11-2020, 10:17
All vessels involved in the construction of Nord Stream-2 returned to the port28-11-2020, 16:43
IMF denies emergency financial aid to Kiev28-11-2020, 10:31
Biden's Production Plan Requires Significant Increase in U.S. Mineral Production28-11-2020, 10:35
SE "VostGOK" promises to pay off wage arrears by the end of next week27-11-2020, 22:39
European Union scrap collectors worried about possible export restrictions18-11-2020, 10:41
Occupational diseases of workers in the extractive industry: types and ways to16-11-2020, 17:49
Eurofer expects recovery in EU steel demand05-11-2020, 09:47
Hot rolled carbon steel demand will continue to grow by 4% pa until 203004-11-2020, 16:14
Platts Steel Trade Review: China Will Decide Asia's Fate30-10-2020, 10:04
Sign in with: