The management of Ukroboronprom appealed to the country's top leadership with a request to pay attention to the situation that has developed around the reform of the military-industrial complex. 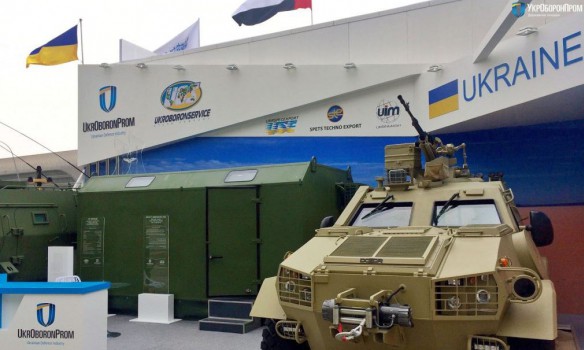 State Concern "Ukroboronprom" announced about curtailing the reform of the country's defense-industrial complex and interference in its economic activities by the Ministry of Strategic Industries of Ukraine.

“We appeal to President of Ukraine Volodymyr Zelensky, Prime Minister Denis Shmygal, Secretary of the National Security and Defense Council Oleksiy Danilov, as well as Chairman of the Verkhovna Rada of Ukraine Committee on National Security, Defense and Intelligence Oleksandr Zavitnevich with a request to pay attention to the situation, which has developed around the reform of the military-industrial complex. We hope for a balanced and active position of the state leadership on the issue of ensuring the defense capability of the belligerent country, ”the concern's official statement reads.

Ukroboronprom reported that despite all the complications associated with the pandemic, all obligations under the existing contracts were fulfilled, financial indicators were kept at the pre-crisis level, not a single non-transparent personnel appointment was allowed, and law enforcement agencies did not start any one criminal proceeding against members of the new team.

“In June of this year, we registered a draft of the relevant law, which was supposed to start a historic reform for the country,” said Ukroboronprom.

They recalled that in July this year, in pursuance of the Decree of the President of Ukraine No. 59/2020, the Ministry of Strategic Industries of Ukraine was created, which should be responsible for the formation and implementation of the state military-industrial policy.

The Ministry publicly supported the reform concept proposed by the concern, however, contrary to the norms of the current legislation and in violation of the standards of state property management, from the first day of work it interfered in the activities of Ukroboronprom in the form of oral instructions and numerous insistence, the concern said. >

"We consider such actions unacceptable and such that they undermine confidence in the declared intentions, goals and objectives set before the Ministry of Strategic Industries of Ukraine, in accordance with the Action Program of the Cabinet of Ministers of Ukraine," the concern summed up.

Recommended:
Ukraine calls on Spanish energy companies to cooperate on decarbonizing the economy
The Ukrainian government promises to finance the country's aviation industry
UK Supreme Court postpones decision on Ukraine's debt to Russia
On this topic
Ukrainian metallurgists want to continue the operation of expired wagons
Alexander Yaroslavsky intimated to the President of Ukraine he is ready to redeem "Electrotyazhmash"
Yuzhmash asks Ukrainian authorities to support the head of the national space Agency
Railways have not implemented the recommendations of the Antimonopoly Committee, the statement of
In "Donbassenergo" declared "extremely critical situation" in the United energy system of Ukraine
Kryukovsky railway car building works connected Union bosses to fight for government contracts
Add a comment
Сomments (0)
News Analytics
Ukraine imposed sanctions against rolled steel from Belarus25-11-2020, 10:07
US Hot Rolled Coil Prices Gain $ 20 Over the Week25-11-2020, 10:53
Tesla Model Y received one of the lowest ratings in the consumer rating25-11-2020, 09:26
The Ministry of Energy of Ukraine will continue the course towards the25-11-2020, 09:22
Russia and Ukraine managed to do without Belarus in matters of direct coal25-11-2020, 09:09
European Union scrap collectors worried about possible export restrictions18-11-2020, 10:41
Occupational diseases of workers in the extractive industry: types and ways to16-11-2020, 17:49
Eurofer expects recovery in EU steel demand05-11-2020, 09:47
Hot rolled carbon steel demand will continue to grow by 4% pa until 203004-11-2020, 16:14
Platts Steel Trade Review: China Will Decide Asia's Fate30-10-2020, 10:04
Sign in with: