Also, according to the KSU, the country needs to create conditions for protecting the rights of creditors, in particular, introduce the use of insurance mechanisms for objects and introduce tools for escrow accounts. 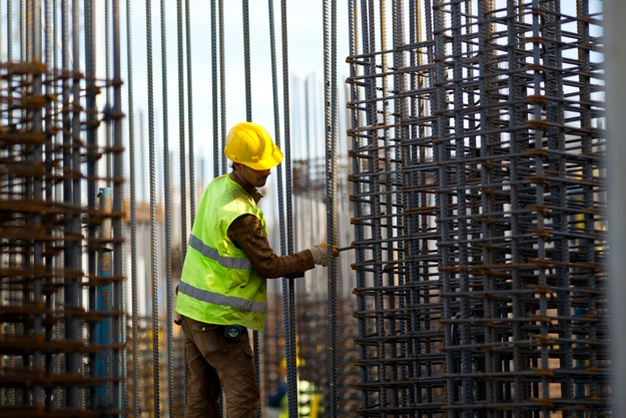 Mortgage lending is an effective tool for the development of the construction market in Ukraine. More than a hundred professionals discussed this during the round table “Housing construction as a tool to support the Ukrainian economy: taxation or mortgage ?!”, organized by the Confederation of Builders of Ukraine (CCU). The event was held in online and offline formats.

“The construction industry is the most powerful multiplier, it solves a complex of social problems and provides a boost to the economy as a whole. The industry and the population need transparent rules, ”said Lev Partskhaladze, President of the KSU.

He noted that there are several initiatives to reform financial relationships in the industry. In particular, we are talking about the initiative proposed by the State Tax Service on the need for taxation of transactions related to joint investment institutions (investment agreements).

“According to our estimation, in the current conditions it will reduce the volume of housing commissioning and increase the price per square meter. On the other hand, the Ministry of Finance announced new initiatives to stimulate mortgage lending in Ukraine. Mortgages are a very important lever, "Partskhaladze noted.

Back in March, the KSU held a Mortgage Forum. Then the mortgage rate ranged from 18 to 24%. And already in September it dropped below 13% per annum. However, Ukraine needs, at the first stage, to reduce the mortgage rate to 8-10%.

“During the forum, we identified the need for mechanisms and tools to launch a successful mortgage in Ukraine: reduction of the primary mortgage payment from the current 25% to 10%, the orientation when providing a mortgage is needed on the income of the whole family, and not just the person who draws credit. It is also necessary to create conditions for protecting the rights of creditors, in particular, we consider it expedient to use mechanisms for insuring objects and introducing tools for escrow accounts, "Lev Partskhaladze outlined the range of issues at the round table.

Timur Khromaev, Chairman of the National Commission on Securities and Stock Market, stressed that Ukraine is bringing the financial sector in line with European standards, therefore, changes in the primary real estate market are more relevant than ever.

“The builders do not have a clear system of financing the stages of construction and the formation of clear contractual relations with people who came to buy real estate. They didn't come to invest in a cloudless future. We see that the lack of accounting for construction projects, the impossibility of forming the first asset during the construction stage creates very high risks that people do not receive housing, shift risks to investors with whom they cannot cope. As a regulator, this year we received a mandate to oversee the FSF and other funding mechanisms and we see this as one big issue. We believe that these instruments should be viewed as temporary, while we do not support the tough point of view of the tax authorities. We need to restore a transparent system of relations between the developer and buyers, including the introduction of risk limitation tools - insurance, escrow accounts, and the like. Therefore, we support Elena Shulyak's draft law on the registration of apartments in new buildings and recommendations regarding fund management companies, "said Timur Khromaev.

Elvira Levchenko, Deputy Chairman of the Board of Derzhmolodzhitlo, spoke about the problems of the market using the example of a fund that has been implementing a number of programs for more than 20 years, including mortgages.

“The main problem is low solvency, because we work with the public sector, young and large families. In particular, if the mortgage payment is higher than the amount of payments for rental housing, then this loan will be problematic. Also, since 2019, we have increased the number of projects, the delivery of which is being delayed at the initiative of developers. This is due to the reluctance of businesses to get VAT on sold apartments. Therefore, the object is not put into operation until the last apartment is completed, ”noted Elvira Levchenko. Of the relatively positive trends, the official said that against the background of a deficit of state funding, over the past 4 years, municipal programs have significantly intensified, which thus support both the population and local developers.

“So far, almost all state policy is aimed at developing property. This model will always be sensitive to financial crises. At the same time, if the problem of housing is solved not for the purpose of making a profit, but for providing a roof over one's head, it is advisable to develop certain city programs for municipal rental housing. In the city of Kiev, municipal housing has not been built at all since 2007. While in Europe this is a very developed situation, in particular, in Austria about 40% of housing is municipal, and 60% of it is social housing, and in fact not a single crown can be left without a roof over his head. There are certain tools