Kryukov Carriage Works sent a letter to the Prime Minister of Ukraine on the work of the machine-building industry and the renewal of the freight car fleet. 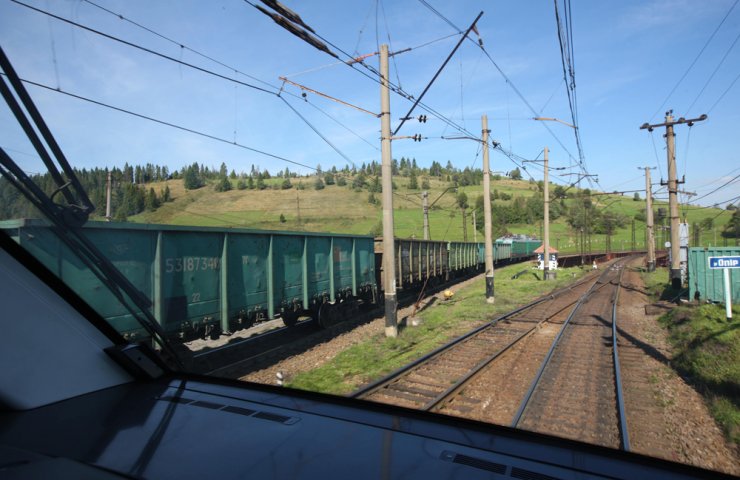 Chairman of the Board of the Kryukovsky Carriage Works (KVSZ) Maxim Kramarenko addressed the Prime Minister of Ukraine Denis Shmygal, Minister of Strategic Industries Oleg Urusky, Minister of Infrastructure Vladislav Krikliy, Minister of Economic Development, Trade and Agriculture Igor Petrashko with a letter “On the work of the machine-building industry and the renewal of the freight car fleet.

It says that in the car-building industry of Ukraine over the past 9 years, the number of operating enterprises has decreased by 3 times (from 18 enterprises in 2011 to 6 in the first half of 2020). There was a record reduction in the number of jobs in the industry - 2.5 times (in PJSC KVSZ - 1.4 times). The decline in the sales of freight cars by domestic enterprises in 2020 (compared to 2011) will be about 95%. The export of freight cars dropped catastrophically - 53 times.

The fall of the machine-building industry of Ukraine as a whole according to the results of 10 months amounted to 20.4% in relation to the corresponding period of the last year.

“Further ignoring the situation and the lack of systemic state support for industry will inevitably lead Ukraine to a complete loss of the car-building industry, and the railway sector to ineffective spending of public funds to eliminate the consequences of operating outdated freight cars,” the letter says.

The head of the KVSZ demanded to issue an administrative document of the Cabinet of Ministers of Ukraine regarding the phased renewal of the fleet of freight cars of JSC Ukrzaliznytsia in the period 2020-2025, which will provide for a ban on the import of used freight cars from the Russian Federation, overhaul of rolling stock in twice more often, the implementation of a project to update the fleet of JSC Ukrzaliznytsia only for at least 12-15 thousand cars annually and financing of leasing /credit rates for the purchase of new cars in the amount of 8%.

Recommended:
Worldwide steel market has gone crazy - President of the Polish Stainless Steel Association
A program to develop a heavy shock-reconnaissance drone has started in Ukraine
MMK them. Ilyich purchased electricity from Energoatom for 26 million hryvnia
On this topic
Krukovka Carriage Works has sent a 1,500th mineral locomotive to a Belarusian customer
The Bogdan Motors team appealed to the People's Deputies of Ukraine
Ukrzaliznytsia plans to purchase in 2020 of 26 new passenger cars
New diesel train of Ukrainian production drove through the gates kvsz
Top Manager kvsz called calls privacy office minifrastruktury to Hyundai "unpatriotic"
Ukrainian mining companies accused of "Ukrzaliznytsya" in discrimination compared with the Russian
Add a comment
Сomments (0)
News Analytics
Bosch launches automotive chip plant in Dresden08-03-2021, 13:45
Eurozone investor morale at its highest rise in 12 months08-03-2021, 12:30
Port on the coast of Pilbara in Australia stops shipments of iron ore due to08-03-2021, 11:14
Coronavirus drove Belgian skiers to the slopes of the Charleroi waste heap07-03-2021, 13:52
US Steel focuses on the production of nanosteel for high-strength alloys07-03-2021, 13:46
Spread between raw materials and high strength alloy steel in Europe increased01-03-2021, 20:21
Increase in prices is forecasted in the markets of steel raw materials -26-02-2021, 09:25
Troy ounce of gold will drop $ 500 in two years - Fitch25-02-2021, 18:29
Global iron ore production growth to outstrip cumulative production in India23-02-2021, 10:22
Fitch Ratings Warns of “Shocking Impact” on Fossil Fuel Exporters18-02-2021, 14:44
Sign in with: