Nikopol Ferroalloy Plant sold more in November than it produced

This indicates a recovery in demand in the industry and indirectly confirms the growth of production in the metallurgical industry of Ukraine. 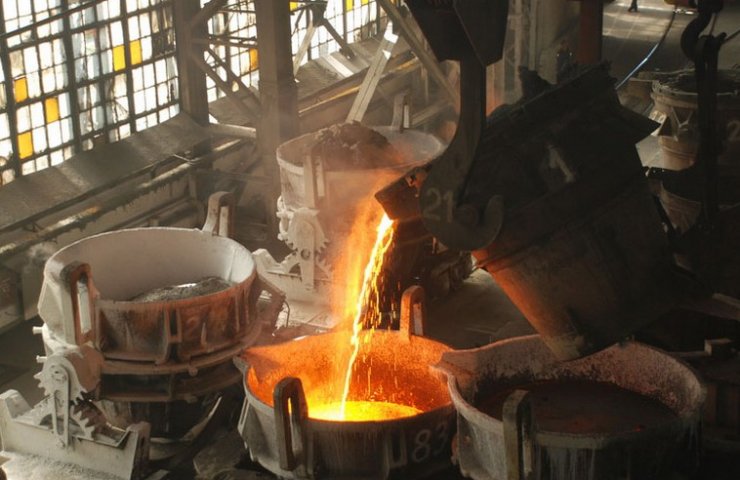 I.O. Vadim Babutsky, chief engineer of Nikopol Ferroalloy Plant, announced during a conference call following the results of work in November that the level of sales exceeded production volumes.

“In November, the shipment of commercial products exceeded their production. This, in turn, allowed for a reduction in inventory balances in floor warehouses. In general, all divisions worked in the planned figures, "Babutsky said.

He added that the production plan for December will remain at the level of November and will amount to 35 thousand tons of commercial ferroalloys.

"The plant is provided with everything necessary for the production of products," chief engineer.

Recommended:
Law enforcement officers arrested the head of the Azerbaijani metallurgical company Baku Steel
Tesla was "run over" in China for low-quality model Y cars
Chinese Skynet will search and catch corrupt officials hiding abroad
On this topic
Prospects for ship repair in Ukraine
Yuzhmash told whether it is possible to launch reusable rockets from the Black Sea
How the reform of the electricity market in Ukraine can lead to a collapse and what to do about it
Stopped nuclear power plants and mines. What's going on in the energy sector of Ukraine?
Heating season in Ukraine: where there can be problems with heat and why
Russia is trying to monopolize the ferromanganese market
Add a comment
Сomments (0)
News Analytics
MMK them. Ilyich purchased electricity from Energoatom for 26 million hryvnia25-02-2021, 13:12
Metinvest invested UAH 2.6 billion in environmental projects of Ingulets GOK25-02-2021, 13:59
China sets new record for daily steel production during February weekend25-02-2021, 13:36
A program to develop a heavy shock-reconnaissance drone has started in Ukraine25-02-2021, 12:09
South African authorities recognize mineral resource management as a constraint25-02-2021, 10:51
Global iron ore production growth to outstrip cumulative production in India23-02-2021, 10:22
Fitch Ratings Warns of “Shocking Impact” on Fossil Fuel Exporters18-02-2021, 14:44
Raw material prices rise by about 10.5% in January 2021 - Deutsche Industriebank12-02-2021, 10:48
JP Morgan Analysts Announce New Super Growth Cycle in Commodities11-02-2021, 17:56
S&P Global Platts predicts first drop in domestic steel demand in China in 510-02-2021, 12:26
Sign in with: