The production program for November was exceeded by all divisions of the plant. At the same time, DMK sales increased by almost 20% against the planned indicators. 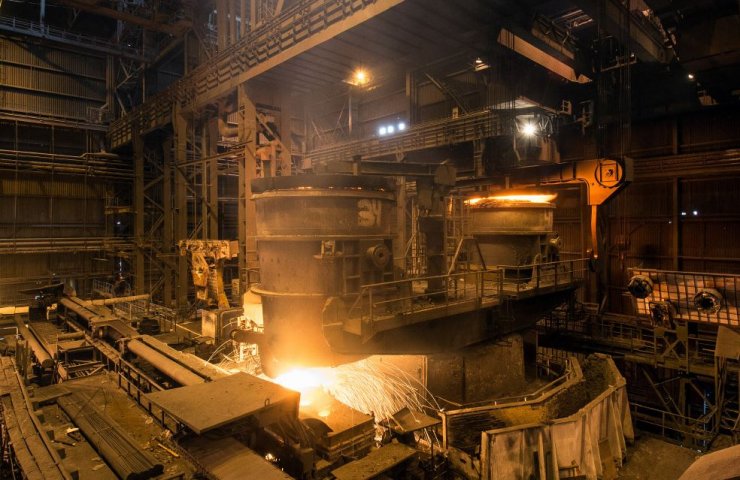 Dnieper Metallurgical Plant in November 2020 produced 177,417 tons of commercial metal products, which is 23,776 tons (15.5%) higher than the operational target. The plant's economic planning department informs about it.

All the main structural divisions of the plant completed the tasks of November with a plus.

Last month, the sinter shop produced 250 706 tons of sinter, which is 759 tons more than planned.

Dneprovsk Iron and Steel Works in November sent 179,549 tons of commercial metal products to customers, which is 27,091 tons (17.8%) more than the monthly shipment plan.

Public Joint Stock Company "Dneprovsky Metallurgical Plant" is one of the largest enterprises of the mining and metallurgical complex of Ukraine, with a 130-year history of outstanding achievements.

PJSC "DMK" is one of the six leading metallurgical plants in the country in terms of production and sales of metal products. The plant is located in Kamenskoe, Ukraine.

Финансовая аналитика, прогнозы цен на сталь, железную руду, уголь и другие сырьевые товары. More news and analytics on Metallurgprom telegram channel - subscribe to get up-to-date market information and price forecasts faster than others.
Сomments
Add a comment
Сomments (0)
On this topic
Dnipro Metallurgical Plant exceeded the plan for steel production in January
Zaporizhstal reduced the production of iron and steel
Dneprovskiy metallurgical plant has reduced steel production by 3.7%
Dnipro Metallurgical Plant at the end of 2020 worked ahead of schedule
Dneprovskiy metallurgical plant has reduced production of steel in 2019 almost 15%
In Ukraine, the forecast drop in steel production by 7% in 2020
Recommended:
The United States refused to comply with the decision of the WTO on tariffs on steel and aluminum
Prices for metal products in Ukraine increased by 26% last year
Eurofer expects EU steel demand to fall 4.6% in 2022 and 1.6% in 2023
News Analytics
The market assesses the consequences of the earthquake in Turkey08-02-2023, 10:25
Sanjeev Gupta's Liberty Steel Seemed as Potential Buyer of Aartee Bright Bar07-02-2023, 13:07
Tata Steel showed a steady increase in its revenues07-02-2023, 12:32
Eurofer expects EU steel demand to fall 4.6% in 2022 and 1.6% in 202305-02-2023, 13:31
EU Green Deal should encourage investment in mild steel projects: Eurofer02-02-2023, 16:32
European stainless steel producers ready to raise prices31-01-2023, 16:16
S&P: Russia will continue to dominate the steel export market in the Black05-01-2023, 11:22
Fitch Analysts Predict Big Drop in Global Steel Consumption This Year14-12-2022, 13:59
Analysts predict 5% annual growth in the iron casting market through 203006-12-2022, 12:44
Commodity prices will fall, metals quotes will rise slightly - Focus Economics28-11-2022, 13:28
Sign in with: