Ferrous metallurgy enterprises of Ukraine increased their consumption of natural gas by 3 percent in eleven months of this year. 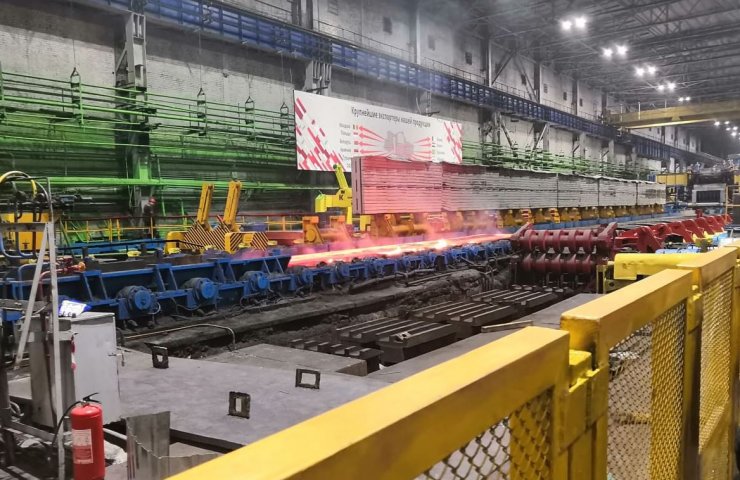 According to the data of the association of enterprises " Ukrmetallurgprom " , in January - November 2020, metallurgical enterprises of Ukraine consumed about 1.705 billion cubic meters of natural gas, which is 3% more than in the same period last year (APPG).

The consumption of electricity by metallurgical enterprises of Ukraine in January-November 2020 decreased by 2% compared to the same period and amounted to about 10.09 billion kWh.

Recommended:
Ukrzaliznytsia held successful auctions for the sale of scrap metal with an increase in the sale price of almost 50%
Germany will not change its position on "Nord Stream - 2" because of the United States - Foreign Minister of Germany
KB Yuzhnoye is headed by Alexander Kushnarev
On this topic
Ukraine reduced steel production in January - October 2020 by 5.3%
A difficult situation remains on the steel market in Ukraine - Ukrmetallurgprom
Steel production in Ukraine in the first quarter decreased by 3.4%
"Ukrmetallurgprom" said data, steel production in Ukraine in 2019
Ukrainian production of iron and steel continued to fall in October
Metallurgists of Ukraine has reduced gas consumption for 10 months by 2.5%
Add a comment
Сomments (0)
News Analytics
In 2021, Ukrzaliznytsia plans to repair more than 300 locomotives for UAH 426-01-2021, 15:30
Ukraine has enough "metals of the future" for the development of innovative26-01-2021, 14:40
High-speed railway line will connect the south of Kazakhstan and the capital of26-01-2021, 14:27
In 2021, an analogue of the US Department of Defense Research Projects Office26-01-2021, 11:24
Turkey plans to produce 100 tons of gold annually26-01-2021, 11:15
China will overtake the United States to become the world's largest economy in27-12-2020, 12:04
The shortage in the US steel market will last at least until the end of the25-12-2020, 11:36
Steel production in China to surpass one billion tons this year23-12-2020, 10:59
Iron ore prices hit seven-year high and continue to rise15-12-2020, 10:26
Prices for metallurgical raw materials continue to rise in regional markets10-12-2020, 11:32
Sign in with: