The largest metallurgical company began accepting orders for the manufacture of metal products to order for April - May 2021 at prices 150 euros higher than two weeks ago. 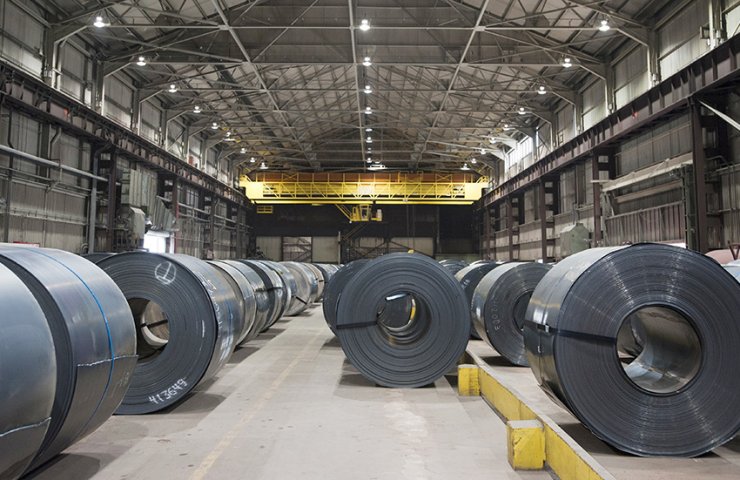 Lakshmi Mittal's company cited a queue of buyers trying to get material in the second quarter of next year and supporting fundamentals as justification for another hike.

This is the third price hike at ArcelorMittal in less than a month, totaling € 150 /t.

ArcelorMittal's recent negotiations with automakers to fix prices for the first half of 2021 at € 100 above the spot price looked fantastic and caused extreme irritation among buyers. Many automakers have abandoned such conditions and will now pay 50-60 euros more per ton of steel than their more compliant competitors.

As we have reported , the European steel market is in panic among buyers due to the growing supply shortage. Most European metallurgical plants in November refused to accept orders for steel for February - March next year, citing the fullness of order books and the lack of free capacity.

Recommended:
Gosgeonedra of Ukraine is moving to the world geodetic coordinate system WGS-84
Turkey responds to EU with its own anti-dumping investigation of hot rolled steel supplies
11 miners rescued from exploding gold mine in China on January 10
On this topic
Platts Steel Trade Review: China Will Decide Asia's Fate
Yuzhmash told whether it is possible to launch reusable rockets from the Black Sea
How the reform of the electricity market in Ukraine can lead to a collapse and what to do about it
Essar Steel will no longer sell steel in Europe
ArcelorMittal slashes global steel consumption growth forecast
ArcelorMittal head leaves for Bosnia to post bail for arrested brother
Add a comment
Сomments (0)
News Analytics
The price bubble in the US steel market has inflated to its maximum - the only27-01-2021, 10:00
Global steel production down 0.9% in 2020 - World Steel Association27-01-2021, 09:59
Interpipe fully repaid Eurobonds debt27-01-2021, 09:49
EVRAZ considers potential spin-off of coal business27-01-2021, 09:46
China to accelerate development of all-weather batteries for electric vehicles27-01-2021, 09:44
China will overtake the United States to become the world's largest economy in27-12-2020, 12:04
The shortage in the US steel market will last at least until the end of the25-12-2020, 11:36
Steel production in China to surpass one billion tons this year23-12-2020, 10:59
Iron ore prices hit seven-year high and continue to rise15-12-2020, 10:26
Prices for metallurgical raw materials continue to rise in regional markets10-12-2020, 11:32
Sign in with: