The decision to initiate an investigation was made by the MCMT on the basis of the complaint of "Module - Ukraine " LLC, as well as the report and conclusions of the Ministry of Economic Development, Trade and Agriculture of Ukraine. 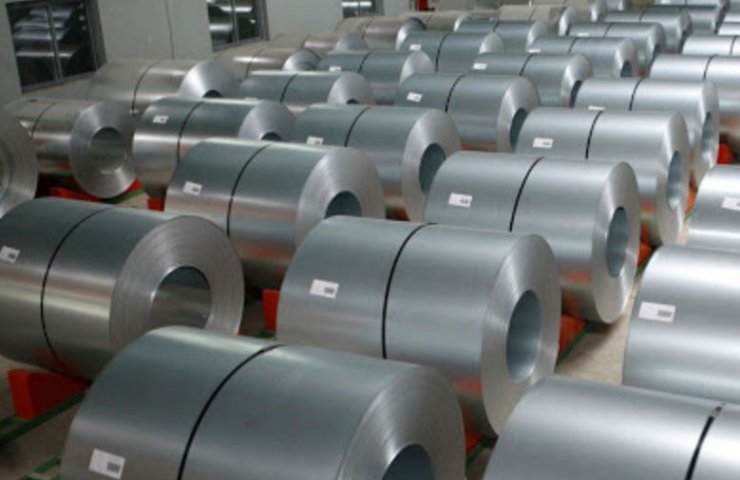 The Interdepartmental Commission on International Trade (ICMT) has initiated an anti-dumping investigation against the import of coated carbon steel rolled products into Ukraine originating from the PRC.

According to the message in the "Uryadov courier " on December 19 of this year, the decision to initiate an investigation was made by the MCMT on the basis of a complaint by "Module-Ukraine " LLC, as well as the report and conclusions of the Ministry of Economic Development, Trade and Agriculture of Ukraine.

Based on the results of the consideration, the commission, in particular, found that the complaint contained sufficiently substantiated evidence, on the basis of which it can be assumed that the import of this type of rolled metal from China to Ukraine could be carried out at dumping prices, and this could harm the national producer. In particular, according to the materials of the complaint, during the study period (II half of 2017 - I half of 2020), the volumes of dumped imports from China grew during the study period in absolute terms, while the share of such imports accounted for more than half of total imports and consumption. With regard to production, the share of dumped imports ranged from 665% to 808%. At the same time, the prices of dumped imports were significantly lower than the level of prices and the cost of the domestic manufacturer of this product.

In this regard, the Commission decided to initiate an anti-dumping investigation against the import of such goods to Ukraine from China: flat rolled products of carbon steel, clad, galvanized or other coated, classified in subheadings 721070, 721090 and 721240 according to UKTVED.

The Ministry of Economy has been charged with the anti-dumping investigation.

The authorized capital of the LLC is UAH 300.5 thousand.

Recommended:
South Korean metallurgists presented commemorative plaques to veterans of the Korean War
Russian automotive market shrank 9.1% in 2020
Ferrexpo's Board of Directors is pleased to announce special interim dividends
On this topic
Ukraine launched an investigation into the supply of mineral wool from Russia
Ukraine imposed sanctions against rolled steel from Belarus
Ukraine introduces import duties on Chinese tubes and steel fasteners
Ukraine has begun special protective investigation concerning import of caustic soda
Mining and metallurgical complex of Ukraine were against the introduction of duties on Russian
Ukraine started an antidumping investigation of imports of Chinese bolts and nuts
Add a comment
Сomments (0)
News Analytics
In 2021, Ukrzaliznytsia plans to repair more than 300 locomotives for UAH 426-01-2021, 15:30
Ukraine has enough "metals of the future" for the development of innovative26-01-2021, 14:40
High-speed railway line will connect the south of Kazakhstan and the capital of26-01-2021, 14:27
In 2021, an analogue of the US Department of Defense Research Projects Office26-01-2021, 11:24
Turkey plans to produce 100 tons of gold annually26-01-2021, 11:15
China will overtake the United States to become the world's largest economy in27-12-2020, 12:04
The shortage in the US steel market will last at least until the end of the25-12-2020, 11:36
Steel production in China to surpass one billion tons this year23-12-2020, 10:59
Iron ore prices hit seven-year high and continue to rise15-12-2020, 10:26
Prices for metallurgical raw materials continue to rise in regional markets10-12-2020, 11:32
Sign in with: