The company stated that it did not understand the position of the state of Ukraine in relation to the domestic producer and suspect that it simply does not exist. 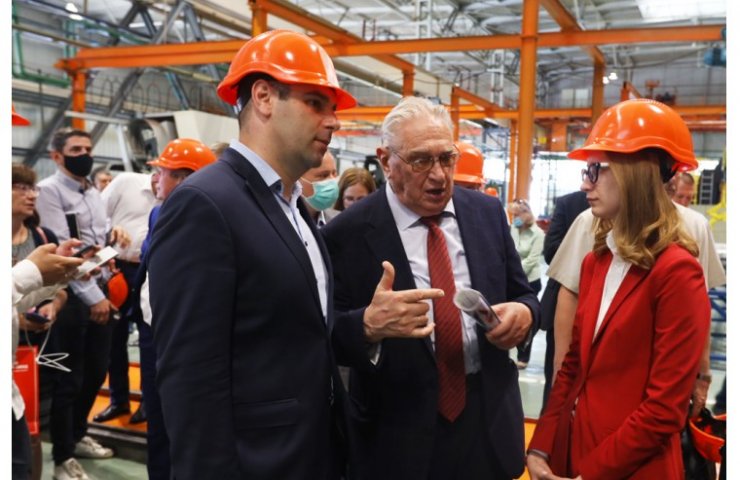 Instruction of the President of Ukraine on the state order from the Kryukov Carriage Works (KVSZ) for 90 passenger cars, 3 diesel trains in 2020 were not fulfilled, reported by the chairman of the Supervisory Board of PJSC "KVSZ" Vladimir Prikhodko.

“We do not understand the position of the state on these issues, because it does not exist today. Some conversations. And where are the money, schedules, plans, deadlines, demand and responsibility for these promises? "- asks the head of KVSZ.

According to Prikhodko, the situation is similar with the program for renewing the rolling stock of freight cars in Ukraine.

“For now, we are“ chasing papers around the tables ”in the ministries of infrastructure, economic development, Ukrzaliznytsia, and vice-premier Oleg Urusky. We see that the program for the renewal of cars, following the example of Russia, Kazakhstan, Belarus, will not be adopted this year. It takes another 2-3 months to resolve this issue. And this is already next year, "he noted.

According to Prikhodko, this is not only about supporting transport engineering, but about the problem of the state of Ukraine as a whole.

“The tasks are set correctly, but there is no control over their implementation by the Cabinet of Ministers in relation to the departments subordinate to it,” he said and added that next year may be even more difficult.

“2021 will be a year of savings on everything. First of all, it is necessary to reduce overhead costs. Money must be spent on what will yield results tomorrow; you cannot spend today on what will be realized in five years. This is waste. The competition is fierce, there is literally “pulling the carpet out from under our feet”: enticing specialists, outbidding suppliers, commercial information, ”said the head of KVSZ.

Recommended:
Washington imposed curfew after Trump supporters seized US Congress building
Ukrzaliznytsia acquired 28 new passenger cars in 2020 and repaired 1406
Copper rises in price on exchanges after the resumption of the work of the US Congress
On this topic
Belarus starts negotiations with China on investment and trade
US intelligence accused Oleg Deripaska of lobbying Russian interests in Ukraine
The minimum level of localization of locomotive production in Ukraine will be at the level of 35%
Ukraine is preparing to halt supplies of oil products from Belarus
U.S. Secretary of state Mike Pompeo will visit Ukraine in the new year
Negotiations of Ukraine and Russia on gas Thursday will not be - Reuters
Add a comment
Сomments (0)
News Analytics
In 2021, Ukrzaliznytsia plans to repair more than 300 locomotives for UAH 426-01-2021, 15:30
Ukraine has enough "metals of the future" for the development of innovative26-01-2021, 14:40
High-speed railway line will connect the south of Kazakhstan and the capital of26-01-2021, 14:27
In 2021, an analogue of the US Department of Defense Research Projects Office26-01-2021, 11:24
Turkey plans to produce 100 tons of gold annually26-01-2021, 11:15
China will overtake the United States to become the world's largest economy in27-12-2020, 12:04
The shortage in the US steel market will last at least until the end of the25-12-2020, 11:36
Steel production in China to surpass one billion tons this year23-12-2020, 10:59
Iron ore prices hit seven-year high and continue to rise15-12-2020, 10:26
Prices for metallurgical raw materials continue to rise in regional markets10-12-2020, 11:32
Sign in with: