Farewell will take place on December 22 at 12-00 at the address: Dnipro, st. Stoletova, 3, Museum of History Interpipe NTZ 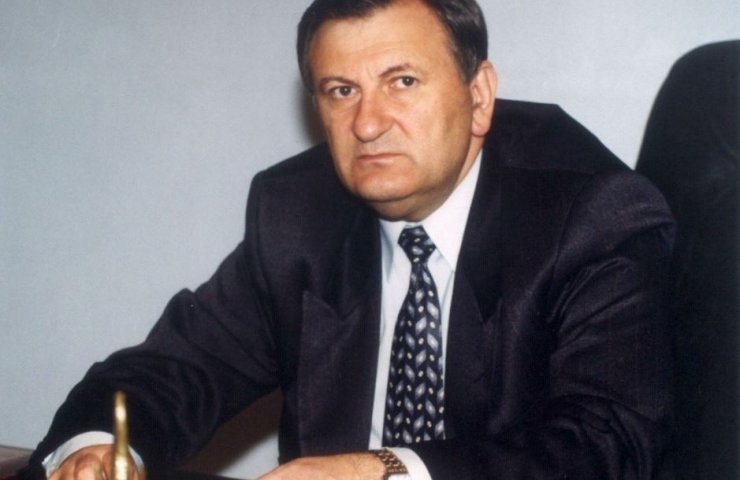 Yesterday, December 20, 2020, the general director of the Ukrtruboprom Association of Enterprises Leonid Petrovich Ksaverchuk passed away. Leonid Petrovich devoted more than 50 years of his life to the Ukrainian industry and the pipe industry, in particular. From 1997 to 2000, he worked as Deputy Director for Production, Deputy Commercial Director, Head of Interpipe NTZ Department. For 20 years, since 2000, he headed the Ukrtruboprom OP. L. Ksaverchuk was awarded the Order of Merit of the III degree, awarded the Certificate of Honor of the Cabinet of Ministers of Ukraine, the Certificate of Honor of the Verkhovna Rada of Ukraine, he was awarded the honorary title "Honored Worker of Industry of Ukraine". In 2005, he was elected Academician of the Academy of Engineering Sciences of Ukraine, awarded a commemorative medal "For a significant contribution to the development of the Dnipropetrovsk region", as well as an honorary badge "For the development of the region".

The decision to form an association of pipe enterprises "Ukrtruboprom" was made at the constituent assembly on September 5, 1991 by seven pipe enterprises of Ukraine together with the pipe institute and a pilot plant that is part of it.

Recommended:
Norwegian company refused to certify Nord Stream 2
South Korean metallurgists presented commemorative plaques to veterans of the Korean War
Coal is a new hope: scientists have succeeded in turning fossil fuels into anode-grade graphite
On this topic
The price of electricity for Ukrainian metallurgists turned out to be twice as high as for French
INTERPIPE has improved its financial results for the 12 months 2019
Interpipe has begun deliveries of OCTG in Turkey
INTERPIPE in 2019. increased sales of railway wheels by 8% and reduced the implementation of pipes
Interpipe repaid part of the bonds in the amount of 98.5 million dollars
Interpipe has improved its financial results due to growth in demand for railway products
Add a comment
Сomments (0)
News Analytics
In 2021, Ukrzaliznytsia plans to repair more than 300 locomotives for UAH 426-01-2021, 15:30
Ukraine has enough "metals of the future" for the development of innovative26-01-2021, 14:40
High-speed railway line will connect the south of Kazakhstan and the capital of26-01-2021, 14:27
In 2021, an analogue of the US Department of Defense Research Projects Office26-01-2021, 11:24
Turkey plans to produce 100 tons of gold annually26-01-2021, 11:15
China will overtake the United States to become the world's largest economy in27-12-2020, 12:04
The shortage in the US steel market will last at least until the end of the25-12-2020, 11:36
Steel production in China to surpass one billion tons this year23-12-2020, 10:59
Iron ore prices hit seven-year high and continue to rise15-12-2020, 10:26
Prices for metallurgical raw materials continue to rise in regional markets10-12-2020, 11:32
Sign in with: