China became the first country in the world to implement such high-speed transportation, which marks a significant improvement in China's independent innovation capabilities in the field of railway equipment. 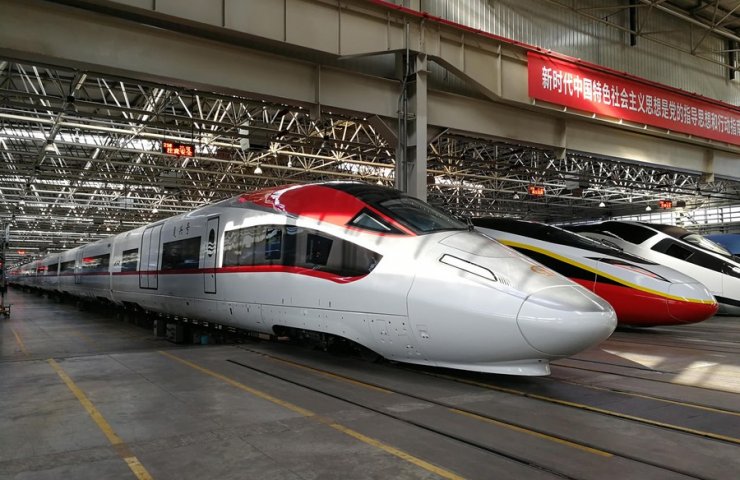 In terms of speed, the new rolling stock for the transportation of goods has no equal in the world. Its commissioning will significantly increase the level of independent innovation in the development of railway transport equipment, noted in the company, which is part of the Chinese locomotive corporation CRRC.

The train is equipped with 2.9 meters wide loading hatches for fast loading and unloading. The usefulness of the cargo space on the train is 85 percent.

Recommended:
Ukraine launches anti-dumping investigation against Chinese coated steel products
Russia has increased the production of agricultural machinery in 2020 by 30%
Dneprotyazhmash in 2020 expects a fall in sales of mining and metallurgical products by approximately 14%
On this topic
German high-speed trains will ride on Ukrainian wheels
Prospects for ship repair in Ukraine
Ukrzaliznytsia on Friday will launch a new diesel train on the route Kyiv Boryspil Express
New diesel train of Ukrainian production drove through the gates kvsz
China toughens measures against environmental pollutants
China will impose additional restrictions on steel smelting
Add a comment
Сomments (0)
News Analytics
Lenovo remains the global leader in personal computer shipments in 202017-01-2021, 08:19
Ukrzaliznytsia held successful auctions for the sale of scrap metal with an16-01-2021, 17:35
Gosgeonedra of Ukraine is moving to the world geodetic coordinate system WGS-8416-01-2021, 13:38
The only uranium mining enterprise in Ukraine reduced uranium production by 7.1%16-01-2021, 13:52
China's New Energy Vehicle Sales to Grow 54% in 202116-01-2021, 12:32
China will overtake the United States to become the world's largest economy in27-12-2020, 12:04
The shortage in the US steel market will last at least until the end of the25-12-2020, 11:36
Steel production in China to surpass one billion tons this year23-12-2020, 10:59
Iron ore prices hit seven-year high and continue to rise15-12-2020, 10:26
Prices for metallurgical raw materials continue to rise in regional markets10-12-2020, 11:32
Sign in with: