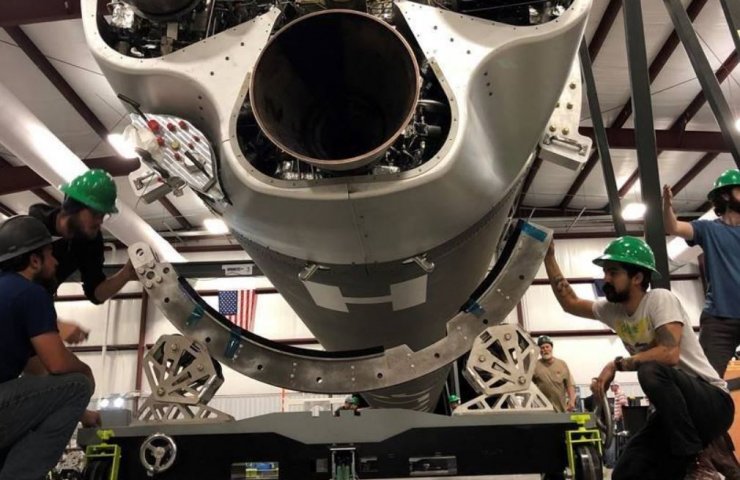 "Our agreement with Firefly Aerospace will provide the flexibility and agility required by government operators and commercial owners. Under the agreement, ALS is the provider of Alpha 2 and 3 missile launch services scheduled for 2021. These two missions will enable our clients are among the first to carry out commercial launches on the Firefly Alpha rocket, "ALS CEO Phil Smith was quoted as saying in a statement released over the weekend.

According to him, the partnership with ALS will allow Firefly to take advantage of ten years of experience in equipment integration, which took place under the LMSI program of the US Space Force (USSF).

"Firefly is delighted to see ALS as a client and partner for Alpha missions in 2021 and beyond. This agreement will allow Firefly to expand its launch services and leverage ALS expertise and equipment to integrate primary and secondary payloads for future Alpha launches, "said Thomas Markusik, CEO of Firefly Aerospace.

Max Polyakov, founder of Noosphere Ventures, believes that Firefly's agreement with ALS will enable the company to demonstrate strategic prospects and support Firefly in the eastern and western proving grounds.

"Firefly has nearly filled the payload list for 2021 and is focused on planning launches in 2022. Demand for LEO access is growing rapidly and Firefly will provide reliable and cost-effective small launch vehicles to the industry. " he stated.

As reported, the Ukrainian company Space Electric Thruster Systems (SETS) will provide its SPS-25 propulsion system for the debut launch of the Alpha rocket, a rocket and space technology developer Firefly Aerospace Inc.

The Firefly Alpha rocket is designed to launch up to 1,000 kg of payload into low Earth orbit, the price of each launch will be $ 15 million.

Firefly Aerospace was restarted in 2017 by Ukrainian Maxim Polyakov, including it in Noosphere Ventures.

Currently, Firefly is focused on getting into orbit, but Polyakov said the global vision is to be a space company that deals with the entire spectrum of work in space: from creating satellites to putting them into orbit and analyzing received data.

In addition to the Alpha and Beta rockets, Firefly Aerospace is working on an orbital vehicle (OTV) - known as a space tug to deliver satellites from a rocket to a specific orbit - and a lunar lander called Genesis for NASA.

Firefly Aerospace (originally Firefly Space Systems) is a private American company created in 2014 in Texas (USA), which is developing a new generation of light-class launch vehicles. In Dnipro, Firefly Aerospace has its own R&D center and a workshop for the experimental production of small missile assemblies with subsequent laboratory testing.

In June 2018, Firefly entered into a Launch Services Agreement (LSA) with the British Surrey Satellite Technology Limited (SSTL) to provide launches of small satellites in 2020-2022 using the next generation Firefly Alpha launch vehicle.

Firefly is one of the supporters of the idea of ​​the so-called. "New Space " - a movement in the aerospace industry that aims to expand access to space through the use of innovations to reduce the cost of launches, as well as by overcoming the administrative and logistical constraints associated with dependence on national space institutions. Currently, the idea of ​​"New Space " is most actively promoted on the market by American SpaceX, Virgin Galactic, Blue Origin.

Firefly is headquartered in Texas, with offices in Washington, Tokyo (Japan) and Dnipro (Ukraine). Firefly is financed by Noosphere Ventures (Menlo Park, California), a venture fund founded by Ukrainian-born businessman Maxim Polyakov, who is primarily known for his projects in the IT sector.