Kolomoisky's plant in the USA mines cryptocurrency instead of producing ferroalloys

The problematic ferroalloy plant of the Ukrainian oligarch in the United States is quietly mining bitcoins and laying off staff. 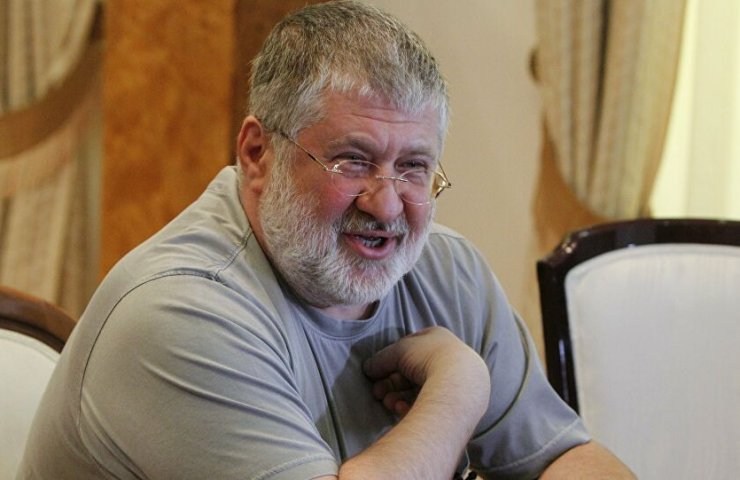 Closed in July this year due to the pandemic, a steel plant in the United States, owned by the Ukrainian billionaire Igor Kolomoisky, mined bitcoins in one of the company's warehouses. This is stated in message Radio Liberty.

Kolomoisky, one of the most influential people in Ukraine with a net worth of $ 1.1 billion, is the former owner of PrivatBank, the former largest private bank in the country. He was also the governor of the Dnipropetrovsk region until 2015.

Its CC Metals & Alloys steel mill in Calvert City, Kentucky has been hit by restrictions related to the coronavirus pandemic and announced a temporary closure this summer.

“Most of the people who were fired in July did not even look for a new job,” one of the workers told RFE /RL. After all, everyone hoped that the plant, as usual, would soon start working again.

When the production of ferroalloys could recover, it is not clear, say both current and former workers. It seems strange that last month the union leaders of the plant announced that in December most of those who still remained in work will also be fired.

It seems that the temporary dip in ferroalloy demand caused by the pandemic is not the only problem looming over the CCMA.

Kolomoisky and his partner Gennady Bogolyubov bought the plant in 2011 for $ 188 million as part of a plan to develop their metallurgical business in the United States, which has grown to seven plants in five states.

Optima Specialty Steel Holding Company filed for bankruptcy in 2016, and ownership of the plant passed to another company, Georgian American Alloys, whose beneficiaries are Kolomoisky and Bogolyubov.

In addition, the US Department of Justice this year accused Kolomoisky and Bogolyubov of buying real estate and businesses in the US for money misappropriated from Privatbank from 2008 to 2016. Ukrainian businessmen deny all charges.

CCMA is one of three steel mills in the United States that produce ferrosilicon, an iron and silicon alloy used primarily in steel making to increase its strength. The company's three melting furnaces have a nominal capacity of 100,000 tons per year.

Last year, the plant produced an estimated 70,000 tonnes, representing about 40 percent of all US ferrosilicon production and about 20 percent of US consumption.

Like reported , the metals industry in North America is booming today. Steel prices in the US almost doubled in six months, demonstrating record dynamics for the market. The spot price is the highest since November 2018 and is up 82% from an annual low of $ 450 per tonne recorded in mid-August.

Recommended:
Germany will not change its position on "Nord Stream - 2" because of the United States - Foreign Minister of Germany
The protest action of the workers of the VostGOK uranium mining mines will continue around the clock
Full-scale construction of the southern section of the eastern route of the China-Russia gas pipeline begins
On this topic
District court of Kyiv imposed a new restriction for 50.3% of Ferrexpo Poltava Mining
Ferrexpo has achieved removal of arrest from shares of Poltava GOK
Stopped nuclear power plants and mines. What's going on in the energy sector of Ukraine?
The national Bank of Ukraine has filed a lawsuit against the MP for libel
Los Angeles Times: a Perfect storm in the American market of steel
The head of the Ministry of Economic Development of Ukraine has piled one more thing that worries
Add a comment
Сomments (0)
News Analytics
Interpipe Steel: green metallurgy in Ukraine turns 9 years old18-01-2021, 15:28
Ukrmetallurgprom clarifies data on iron and steel smelting in Ukraine for 202018-01-2021, 12:50
At least 12 living miners remain under the rubble of a mine blown up on January18-01-2021, 11:47
In the Republic of Tuva, a citizen of China died as a result of a collapse in a17-01-2021, 11:44
Lenovo remains the global leader in personal computer shipments in 202017-01-2021, 08:19
China will overtake the United States to become the world's largest economy in27-12-2020, 12:04
The shortage in the US steel market will last at least until the end of the25-12-2020, 11:36
Steel production in China to surpass one billion tons this year23-12-2020, 10:59
Iron ore prices hit seven-year high and continue to rise15-12-2020, 10:26
Prices for metallurgical raw materials continue to rise in regional markets10-12-2020, 11:32
Sign in with: