The Alpha rocket, launched on September 2 from the Vandenberg base of the US Space Force in California, lost control at 145 seconds of flight and was detonated on command from Earth for safety reasons. 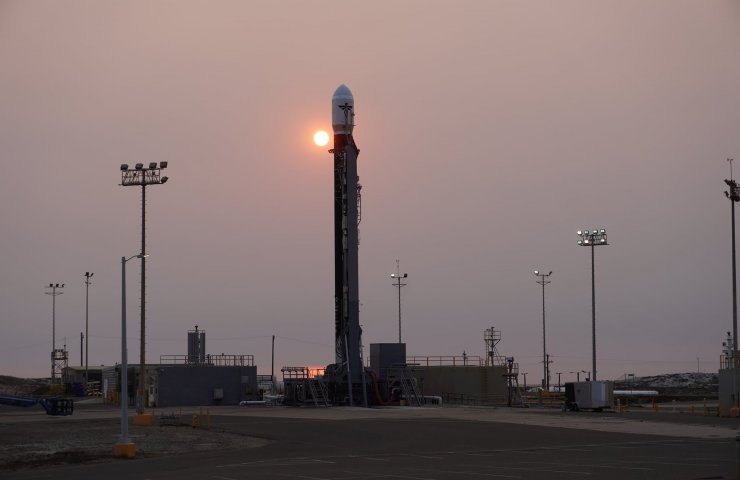 Launched from the Vandenberg base of the US Space Forces in California, the Alpha rocket of the private aerospace Ukrainian-American company Firefly Aerospace was destroyed from the flight control point using an explosive flight termination system (FTS). The rocket itself did not explode, - tagged in Firefly.

“Firefly has initiated an in-depth anomaly investigation to understand why the second engine stalled prematurely and will identify any other relevant unexpected events during flight. We will report the root cause of the anomaly at the end of this investigation, ”Max Polyakov said in the company.

Firefly conducted the first flight tests of the Alpha light launch vehicle on September 2, 2021. According to the company, the rocket was perfectly controlled from the platform, with a thrust vector that excludes any rollover or rotation, and picked up speed with the acceleration set during the flight simulation.

However, after about 15 seconds of flight, the second engine (in the first stage, four Reaver engines) stopped. The shutdown took place without incident - the engine did not fail - the main fuel valves on the engine simply closed and the thrust ceased.

The launch vehicle continued to climb and maintain controllability for only about 145 seconds, while the nominal duration of the first stage burning is about 165 seconds. However, due to the lack of thrust from one of the four engines, the climb rate was low, and the vehicle needed to maintain control without changing the thrust vector of the second engine.

Alpha was able to compensate for the lack of thrust at subsonic speeds, but when it switched to supersonic flight, thrust vector control with three engines became insufficient, and the device went out of control. And was destroyed on command from the flight control center using an explosive system.

Although the craft did not go into orbit, this day was a significant achievement for the Firefly team as we demonstrated that we were established as a company capable of building and launching rockets. We've also received a wealth of flight data that will significantly increase the likelihood of Alpha entering orbit on its second flight. In short, our first flight was very successful, ”summarized at Firefly Aerospace.