Tesla will build a giant battery in Texas

Tesla is building in Texas, home to the Musk SpaceX base, a large battery capable of powering up to 20,000 homes. 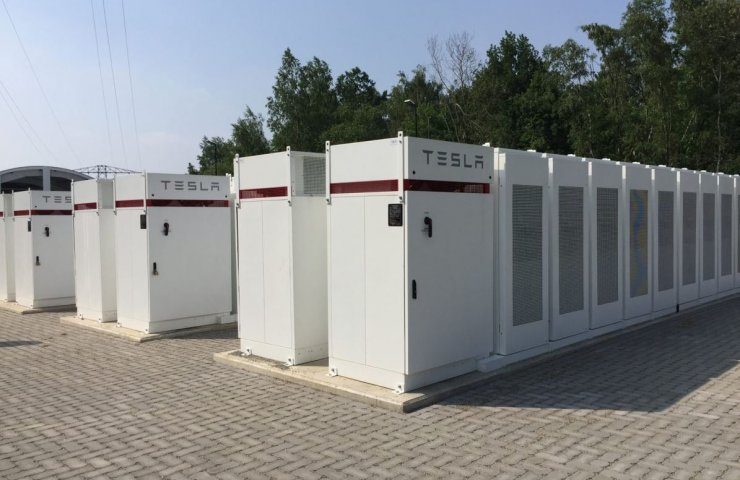 A Tesla subsidiary began construction of a large battery pack in Texas after the state experienced power supply problems following a blizzard in February, reported by Bloomberg. At the construction site, workers were seen wearing helmets with the company logo, but the construction is generally carried out in secret: the equipment was covered with cloth, and the photographers were asked not to take pictures, because this is a "secret project", the agency wrote.

It found out that the work is being done by Gambit Energy Storage. From public records, Bloomberg found out that it is registered at the same address in California, where Tesla's office is located. And in one of Tesla's documents filed with the US Securities and Exchange Commission (SEC), the agency found direct confirmation that Gambit Energy Storage is a Tesla subsidiary. Tesla executives did not respond to inquiries.

According to Bloomberg, the capacity of the battery will be more than 100 megawatts - a battery of this capacity can power about 20,000 homes on a hot sunny day, the agency claims. Such batteries are needed in order to store the energy produced by solar panels or wind turbines. You can earn money on them: accumulate energy during reduced tariffs and sell during increased ones, Bloomberg noted.

Recommended:
A new world record for unbending horseshoes has been set in Kazakhstan
The difference in prices for scrap and finished steel in the United States increased over the year from $ 300 to $ 800 per ton
In Kiev, the director of one of the plants of the State Corporation "Ukroboronprom" will appear before the court
On this topic
California authorities were afraid to quarrel with Elon Musk and allowed Tesla to work in quarantine
Yuzhmash told whether it is possible to launch reusable rockets from the Black Sea
How the reform of the electricity market in Ukraine can lead to a collapse and what to do about it
Elon Musk asks that arrested him only after the resumption of production in California
Stopped nuclear power plants and mines. What's going on in the energy sector of Ukraine?
Los Angeles Times: a Perfect storm in the American market of steel
Add a comment
Сomments (0)
News Analytics
Brazil is interested in the production capabilities of Yuzhmash21-04-2021, 14:35
Energoatom ordered a condenser from Turboatom worth 0.5 billion hryvnia for21-04-2021, 14:28
Ukrzaliznytsia reached an agreement with suppliers on the shipment of diesel21-04-2021, 14:25
Global hydrogen demand to grow 7-fold by 2070 - PwC21-04-2021, 12:31
Energy independence of Ukraine depends on decarbonization and "green" energy -21-04-2021, 12:42
Global hydrogen demand to grow 7-fold by 2070 - PwC21-04-2021, 12:31
World Steel Association predicts a good year for metallurgists15-04-2021, 18:19
World Steel Association defines green steel and its variations12-04-2021, 13:14
China unlikely to cut steel capacity in 2021 due to high steel prices07-04-2021, 12:11
Scrap metal market at the beginning of April02-04-2021, 11:10
Sign in with: