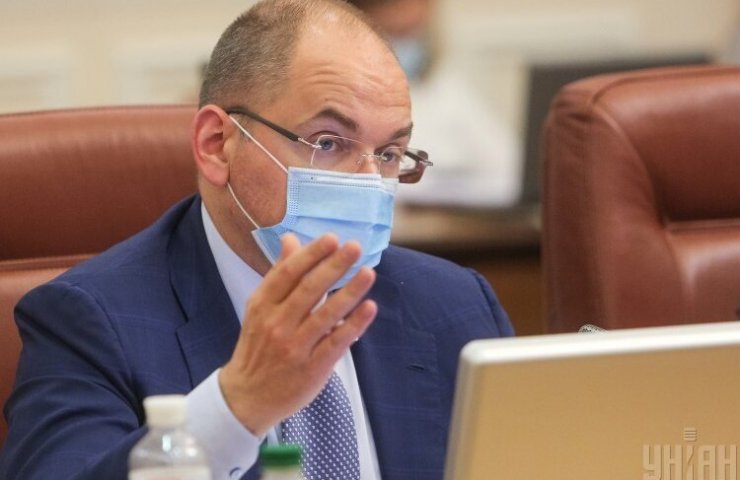 The toughened quarantine restrictions introduced in January in Ukraine do not have a direct impact on the work of machine-building enterprises, however, due to budget savings, customers reduce orders and do not always pay for products in a timely manner, enterprises interviewed by the Interfax-Ukraine agency reported.

"Since we manufacture personal respiratory protection equipment (RPE), quarantine restrictions do not have a very strong impact: mines must function, and it is prohibited to go underground without self-rescuers. However, some companies are revising investment budgets and do not update the park, for example, individual Isolating respirators for mine rescuers, or devices for checking and adjusting respirators. They decide to simply repair them. Therefore, there is a decline in sales, but it is insignificant, "Anton Sakovich, the head of the Board of Directors of DEZEGA, which produces RPE for the Ukrainian market at the plant in Turkey

He noted that DEZEGA is trying to cover this recession with growth in other markets or other products.

Regarding the issue of the supply of components (including taking into account the restrictions imposed in other supplier countries), Sakovich said that there are point delays.

"But we have buffers for continuous production, as well as the ability to speed up delivery through faster, but expensive logistics. We took a number of anti-crisis measures at the beginning of the pandemic to eliminate production disruptions, and at the moment this is paying off ", - he said.

In turn, Marketing Director of JSC "Dneprotyazhmash " Vyacheslav Pronsky noted to the agency that the lockdown itself does not affect the operation of the enterprise, but taking into account the impact on the economy, the problems noted in the spring lockdown of 2020 remain: orders, price reductions and a high degree of uncertainty.

At the same time, according to him, this list was supplemented in December by a rapid (in some items more than 50%) rise in prices for basic materials and components (pig iron, steel and cast iron scrap, rolled metal, ferroalloys, molding materials) and also for energy.

"Unfortunately, our market has a certain inertia, and customers are not yet ready for the same (in percentage) increase in prices for our products. In addition, it usually takes several months from the moment of agreeing the price of products to the start of production, and at the time of the purchase of materials it is no longer possible to revise the agreed price "- stated Pronsky.

In addition, among the factors of influence, he noted the untimely receipt of funds.

"On the one hand, the first half of January is traditionally " off season "in this regard. On the other hand, in order to maintain a higher price, we often agree to a longer payment delay, and this leads to a shortage of working capital, in particular, which we feel in January, "- said the marketing director.

However, he emphasizes, today we can already see the loading of production with orders, tentatively, until the end of March, and there are grounds for receiving a number of large orders that will allow loading "Dneprotyazhmash " more evenly and more fully for the entire 2021. >

Meanwhile, the largest car-building enterprise in Ukraine, the Kryukovsky Car-Building Plant, decided not to work during the lockdown period (with the preservation of part of the wages).

"The plant in January, during the lockdown period, does not work, including taking into account the fact that January is traditionally a difficult month, and in January this year the situation is aggravated by the lack of orders for cars and the general critical situation in the car building of Ukraine ", - noted at KVSZ.

Oleksandr Sokolovsky, the owner of the "Textile-Contract " group, a member of the Presidium of the Council of the Federation of Employers of Ukraine, considers the restrictions introduced in January to be critical for the situation in the light industry.

"Antique " lockdown introduced by the government until January 24 for light industry enterprises is "deadly ", and by the end of the year, for this reason alone, the production of goods will decrease by at least 10%. Last year's lockdown only in April gave 40% drop in production in light industry, and at the end of the year - minus 10%. And now we will be knocked down by dead January, and it will be minus 10% by 2021, and this is a reduction of at least 10 thousand jobs in the industry ", - he noted, adding that due to the fall in sales along the chain, everyone will suffer: garment workers, shoe makers, manufacturers of fabrics, linen and home textiles

At the same time, he recalled that January is already the most difficult month, when trade traditionally sags, and rent, wages and utility bills have to be paid.

"I really want to preserve a team of professionals who have been brought up with such difficulty, but it will be extremely difficult to do this after the lockdown, " Sokolovsky summarizes.

Финансовая аналитика, прогнозы цен на сталь, железную руду, уголь и другие сырьевые товары. More news and analytics on Metallurgprom telegram channel - subscribe to get up-to-date market information and price forecasts faster than others.
Сomments
Add a comment
Сomments (0)
On this topic
Yuzhmash told whether it is possible to launch reusable rockets from the Black Sea
New lockdown plummets the German economy
Production modernization: CORUM GROUP now repairs electric motors
Dneprotyazhmash in 2020 expects a fall in sales of mining and metallurgical products by
How the reform of the electricity market in Ukraine can lead to a collapse and what to do about it
Bogdan Motors announced a record drop in production and the beginning of bankruptcy proceedings
Recommended:
Dneprovsky Metallurgical Plant continues to operate rolling shops using tolling raw materials
ArcelorMittal invests $120m in US green steel company
British Steel considers cutting up to 1,200 jobs at Scunthorpe
News Analytics
Sanjeev Gupta's Liberty Steel Seemed as Potential Buyer of Aartee Bright Bar07-02-2023, 13:07
Tata Steel showed a steady increase in its revenues07-02-2023, 12:32
Eurofer expects EU steel demand to fall 4.6% in 2022 and 1.6% in 202305-02-2023, 13:31
EU Green Deal should encourage investment in mild steel projects: Eurofer02-02-2023, 16:32
Belarusian steel plant to operate at full capacity from February02-02-2023, 16:56
European stainless steel producers ready to raise prices31-01-2023, 16:16
S&P: Russia will continue to dominate the steel export market in the Black05-01-2023, 11:22
Fitch Analysts Predict Big Drop in Global Steel Consumption This Year14-12-2022, 13:59
Analysts predict 5% annual growth in the iron casting market through 203006-12-2022, 12:44
Commodity prices will fall, metals quotes will rise slightly - Focus Economics28-11-2022, 13:28
Sign in with: