Last year, 1.24 billion euros were invested in Ukrainian renewable energy projects, of which 1.2 billion were spent on the construction of new facilities. 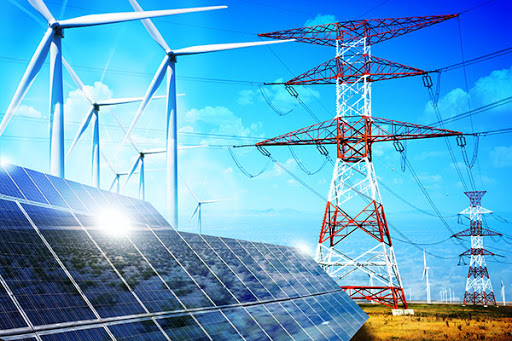 According to the State Energy Efficiency Agency of Ukraine, in difficult times, the "green transition" is one of the ways to restore countries, taking into account economic, social and environmental priorities.

According to the agency, the participants of the eleventh session of the IRENA Assembly once again drew attention to this, and Ukraine also adheres to the course towards "green" energy.

According to the State Energy Efficiency Agency, green energy attracted more than 1.24 billion euros of investments in Ukraine in 2020, even in difficult times of the pandemic. At the same time, 1.2 billion euros were invested in the construction of 1.6 GW of new generating facilities with electricity from renewable sources.

The agency noted that over the past year in Ukraine it was found:

It is important that Ukrainian households show more and more attention to renewable energy sources. During the year, about 8 thousand families switched to solar panels. Thus, at the beginning of 2021 there are already almost 30,000 such families. The total capacity of all CECs is 780 MW.

In general, the total capacity of the renewable electric power industry in Ukraine in 2020 increased by 22% and reached 8.5 GW.

Recommended:
Chinese Skynet will search and catch corrupt officials hiding abroad
Australia's pipeline operators start adding hydrogen to natural gas
Zaporizhstal awarded scholarships to Zaporizhzhya athletes
On this topic
IRENA calls for accelerating the transition to renewable energy sources
IRENA: hydropower will be critical to decarbonize the economy
How the reform of the electricity market in Ukraine can lead to a collapse and what to do about it
Stopped nuclear power plants and mines. What's going on in the energy sector of Ukraine?
The Minister of energy and the environmental protection of Ukraine Alexey Orzel went to the Emirates
In the "green energy" Ukraine invested $ 5 billion Prime Minister Goncharuk
Add a comment
Сomments (0)
News Analytics
India Offers Tesla Big Incentives To Build An Electric Vehicle Factory03-03-2021, 21:55
Ferrexpo raises pellet production by 7% in January03-03-2021, 20:15
UK Raises Tax Rates for Large Businesses to 25%03-03-2021, 18:09
Entrepreneurs agree with Ukrzaliznytsya an action plan to continue modernization03-03-2021, 17:31
Scrap metal collection in Ukraine increased by one and a half times due to high03-03-2021, 16:02
Spread between raw materials and high strength alloy steel in Europe increased01-03-2021, 20:21
Increase in prices is forecasted in the markets of steel raw materials -26-02-2021, 09:25
Troy ounce of gold will drop $ 500 in two years - Fitch25-02-2021, 18:29
Global iron ore production growth to outstrip cumulative production in India23-02-2021, 10:22
Fitch Ratings Warns of “Shocking Impact” on Fossil Fuel Exporters18-02-2021, 14:44
Sign in with: