IRENA calls for accelerating the transition to renewable energy sources

In a statement, the coalition notes that by placing renewables at the center of post-COVID-19 economic recovery, governments can maintain economic resilience while meeting global climate goals. 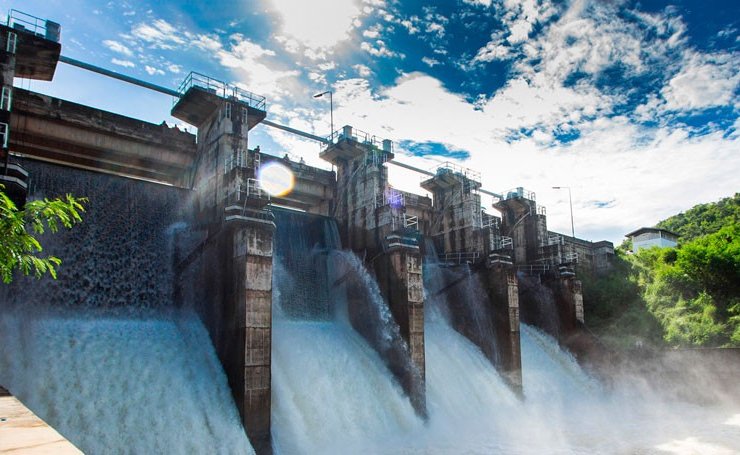 The International Hydropower Association (IHA) has teamed up with over 100 leading renewable energy players, members of the International Renewable Energy Agency (IRENA) Coalition, to urge governments around the world to step up their efforts to meet the global climate targets set out in the Paris Agreement.

The IRENA Coalition has brought together the largest renewable energy users around the world with a common goal of using clean energy. IRENA will facilitate global public-private dialogue to develop measures to increase the share of renewable sources in the global energy system and accelerate the global transition.

In a statement, the coalition notes that by placing renewable energy at the center of economic recovery from COVID-19, governments will be able to maintain economic resilience while meeting global climate targets. It is worth noting that this statement is in line with the previous general call to action, published in April 2020, and is fully consistent with the IHA's recommendations to governments and international financial institutions on the need to adopt the necessary economic packages aimed at increasing the share of renewable energy in the global energy system.

In an effort to ensure that investments are redirected to renewable energies, IRENA is urging all governments to change their priorities by re-evaluating incentive measures to ensure environmental recovery in line with global climate targets. In addition, the coalition calls for prioritizing renewable energy as a key pillar of industrial policy and for strengthening international cooperation to overcome the crises caused by the Covid-19 pandemic, while recognizing renewable energy as a key part.

“Green Economic Incentive Packages represent the best opportunity in history to take a step towards a clean energy transition. Hydropower is at the heart of this transition, both through the direct provision of clean energy and the flexibility and storage of variable renewable energy sources. The 850 GW of new hydropower capacity needed by 2050 to meet the Paris Agreement targets will invest US $ 1.7 trillion in hydropower and create about 600,000 skilled jobs over the next decade, ”said IHA CEO Eddie Rich.

It is worth noting that IHA is also one of 100 participants participating in IRENA's other Hydropower Framework Initiative, a forum initiated by the Swiss government to tackle pressing issues and exploit the potential for hydropower development and a fast transition to a clean world. energy.

In addition, last month, the IHA and the US Department of Energy launched a global initiative involving 11 governments and more than 70 organizations to address the world's need for clean, reliable shunting capacity. So, over the next year, the partners of the International Forum on the Development of Pumped Storage Plants will exchange best practices and agree on proposals for increasing the number of new pumped storage power plants, as well as look for ways to improve the sustainability and efficiency of existing ones.

Recall that the Cabinet of Ministers of Ukraine has identified a list of priority investment projects for the state for the period until 2023, which includes a number of promising projects of Ukrhydroenergo. Among them are the construction of the Kakhovska HPP-2, the Kanevskaya PSPP and the third stage of the Dnestrovskaya PSPP consisting of 5-7 hydroelectric units, the installation of hybrid systems for the production of electricity by Ukrhydroenergo, as well as the second stage of the company's HPP reconstruction.

Recommended:
Imports of steel pipes to the Russian Federation decreased by 11.1% in 7 months
An art object made of Metinvest steel was opened in Cherkasy region
Metinvest increased revenue by 70% in the first half of the year as a result of high steel prices
On this topic
US investment in a carbon-free economy could exceed $ 10 trillion
IRENA: hydropower will be critical to decarbonize the economy
The European Parliament: hydropower plays a major role in the Energy strategy of the European Union
Looking to the future: water resources, climate change and hydropower
The Minister of energy and the environmental protection of Ukraine Alexey Orzel went to the Emirates
In the "green energy" Ukraine invested $ 5 billion Prime Minister Goncharuk
Partner news
Сomments
Add a comment
Сomments (0)
News Analytics
Польша отказалась закрыть угольную шахту, несмотря на решение суда ЕС и штраф в21-09-2021, 20:49
Lawsuits filed against BMW and Mercedes-Benz in Germany for refusing to cut CO221-09-2021, 11:44
Low-carbon beer: Budweiser and Rusal launch a pilot project21-09-2021, 10:19
High-speed alloy design could revolutionize the hydrogen future21-09-2021, 09:09
UK energy companies file for bankruptcy en masse due to high gas prices21-09-2021, 09:13
Moody's changes its outlook for the mining and metals industry from "positive"14-09-2021, 18:39
European steel prices decline from summer highs and remain stable high04-09-2021, 10:38
Rise in European steel prices to dizzying levels finally fizzled out - Bloomberg27-08-2021, 13:18
Gold continues to be the most efficient portfolio asset - WGC26-08-2021, 12:38
Falling iron ore prices caught Wall Street by surprise - WSJ23-08-2021, 13:57
Sign in with: