Over the last 5 years in renewable energy Ukraine has invested almost $ 5 billion. 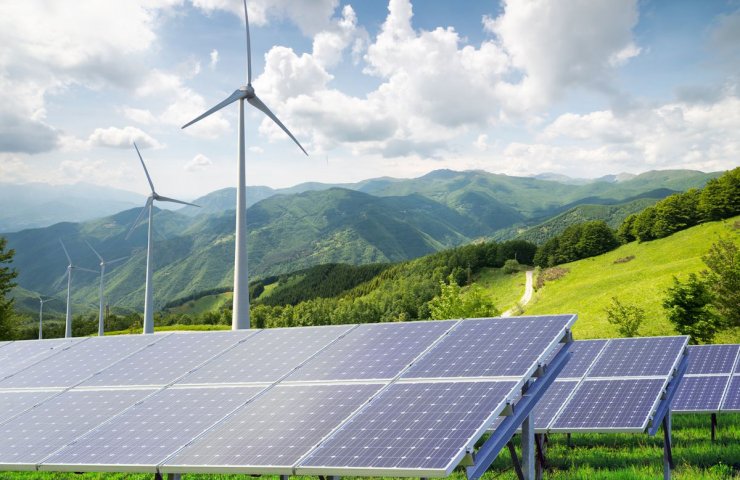 Over the last 5 years in "green energy" Ukraine invested $ 4.8 billion. "This is the highest figure for all years of independence of our state", - said Alexey Goncharuk during the meeting with the Director General of the International Agency for renewable energies (IRENA) Francesco La Camera.

the Meeting was held on the results of the X International investment forum for renewable energy, at the opening of which was made by Francesco La Camera at the invitation of the Agency of Saee.

During the talks the Prime Minister said:

"Our goal is to increase the share of renewable energy. Now we develop a strategy of transition to renewable energy by 2050. We would appreciate cooperation with IRENA in that direction."

Mr. Francesco La Camera, expressed support for the actions of the Ukrainian government:

"Ukraine is going in the right direction. You can count on us in questions of development of renewable energy in your country".

in addition, the meeting discussed the introduction of auction system for procurement of "clean" electricity to stimulate the development of renewable energy. The first auction to be held in April 2020.

we Remind you that Ukraine became a full member of IRENA in 2018.

Финансовая аналитика, прогнозы цен на сталь, железную руду, уголь и другие сырьевые товары. More news and analytics on Metallurgprom telegram channel - subscribe to get up-to-date market information and price forecasts faster than others.
Сomments
Add a comment
Сomments (0)
On this topic
The Minister of energy and the environmental protection of Ukraine Alexey Orzel went to the Emirates
IRENA: hydropower will be critical to decarbonize the economy
IRENA calls for accelerating the transition to renewable energy sources
"Naftogaz" has filed a lawsuit against the government of Ukraine for the issuance of a
Representatives of Ukraine and the UAE discussed the possibilities of cooperation in the
Energomashspetsstal successfully passed General Electric qualification
Recommended:
British scientists have found a way to cut CO2 emissions from steel production by 90%
Analysts confident of significant growth in global demand for galvanized steel
Ukrzaliznytsia announced the purchase of rails in France cheaper than in Metinvest before the war
News Analytics
The United States refused to comply with the decision of the WTO on tariffs on29-01-2023, 20:08
China remains the world leader in shipbuilding with a 50% share of new shipyard29-01-2023, 12:35
Prices for metal products in Ukraine increased by 26% last year29-01-2023, 12:06
JSW Steel, ArcelorMittal and NLMK may buy two Liberty Steel plants in Belgium29-01-2023, 12:12
British scientists have found a way to cut CO2 emissions from steel production28-01-2023, 23:49
S&P: Russia will continue to dominate the steel export market in the Black05-01-2023, 11:22
Fitch Analysts Predict Big Drop in Global Steel Consumption This Year14-12-2022, 13:59
Analysts predict 5% annual growth in the iron casting market through 203006-12-2022, 12:44
Commodity prices will fall, metals quotes will rise slightly - Focus Economics28-11-2022, 13:28
Platinum market to face shortage next year - WPIC22-11-2022, 18:25
Sign in with: