According to the press service of the Minister, he participated in the tenth session of the Assembly of the International Agency on renewable energy in Abu Dhabi. 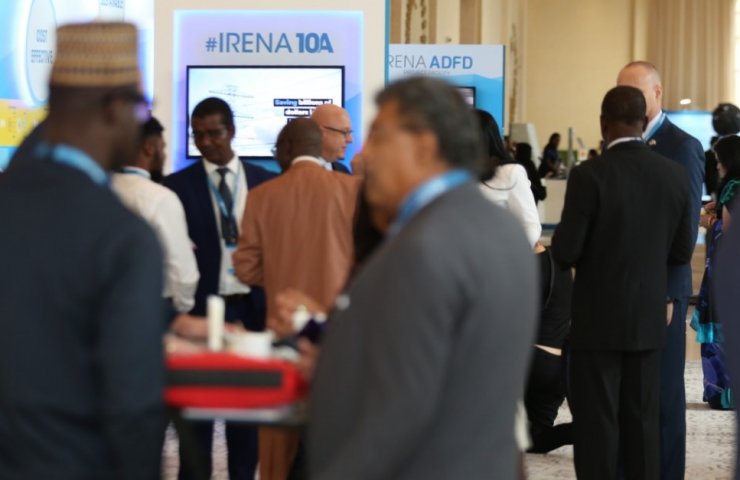 the Ukrainian delegation headed by Minister of energy and protect the environment by Alexey Orzhel participate in the tenth session of the Assembly of the International Agency for renewable energies (International Renewable Energy Agency, IRENA) held 10-12 January 2020 in Abu Dhabi (United Arab Emirates, UAE).

Also in the delegation is the representative of Saee, namely Yuriy Shafarenko, Director of the Department of renewable energy sources.

President of the Assembly this year will be Deputy Prime Minister of Uganda His Excellency Ellie Kirunda Kivejinja.

Among the objectives of IRENA is to examine topical issues of global energy transformation, the intensification of efforts for the development of clean energy and its impact on the sustainable development of society.

Today, 10 January, on the eve of the opening of the Assembly, in the headquarters of the IRENA, scheduled high-level meetings, round tables, presentation of the platform Sustainable Energy Systems and conducting Youth forum IRENA.

the Official opening of the Assembly will be held on January 11. The second day of Assembly session will be devoted to the Ministerial plenary sessions.

According to IRENA, this year at the 10th session of the Assembly is expected to more than 1 500 participants from more than 160 countries, including government officials, business representatives, international organizations and the public.

Ukraine became a full member of IRENA in 2018. In cooperation with Agency experts in Ukraine were developed legislative framework for the implementation of "green" auction.

In 2019, at the invitation of Saee Director General of IRENA, Francesco La Camera visited Ukraine and performed at the tenth International investment forum for renewable energy, and also took part in the meeting with the Prime Minister of Ukraine A. Goncharuk.

Recommended:
VostGOK presented a program for the development of the nuclear industry to the Public Council under the Ministry of Energy of Ukraine
Russia decided to abolish duties on equipment for aircraft repair
Okean shipyard restores dry dock performance
On this topic
The saee: biofuels can replace two-thirds of gas in the energy balance of Ukraine
"Naftogaz" has filed a lawsuit against the government of Ukraine for the issuance of a license to
Kuwaiti investors appreciated the potential of "green" energy in Ukraine
Ukraine climbed 55 positions in the ranking of attractiveness of green investments in a year
In the "green energy" Ukraine invested $ 5 billion Prime Minister Goncharuk
Ukraine showed the Chinese company the investment potential of "clean " energy
Add a comment
Сomments (0)
News Analytics
Iran is satisfied with the reaction of the world community to 60% enrichment of18-04-2021, 13:24
Gas prices in Ukraine have reached a record value over the past two years -16-04-2021, 17:24
Ukrmetallurgprom asks the Antimonopoly Committee to allow Metinvest to bid for16-04-2021, 17:23
A fatal accident occurred on the territory of the Dnieper Metallurgical Plant16-04-2021, 13:01
Cars built for Euro 2012 will be repaired at the Kryukov Carriage Works16-04-2021, 12:46
World Steel Association predicts a good year for metallurgists15-04-2021, 18:19
World Steel Association defines green steel and its variations12-04-2021, 13:14
China unlikely to cut steel capacity in 2021 due to high steel prices07-04-2021, 12:11
Scrap metal market at the beginning of April02-04-2021, 11:10
Rising Chinese Prices Fueled Rising Global Steel Prices - MEPS25-03-2021, 18:54
Sign in with: